Rising stars and veterans making a comeback are storming screens in 2019. Here are the names to remember for the remainder of the year in cinema 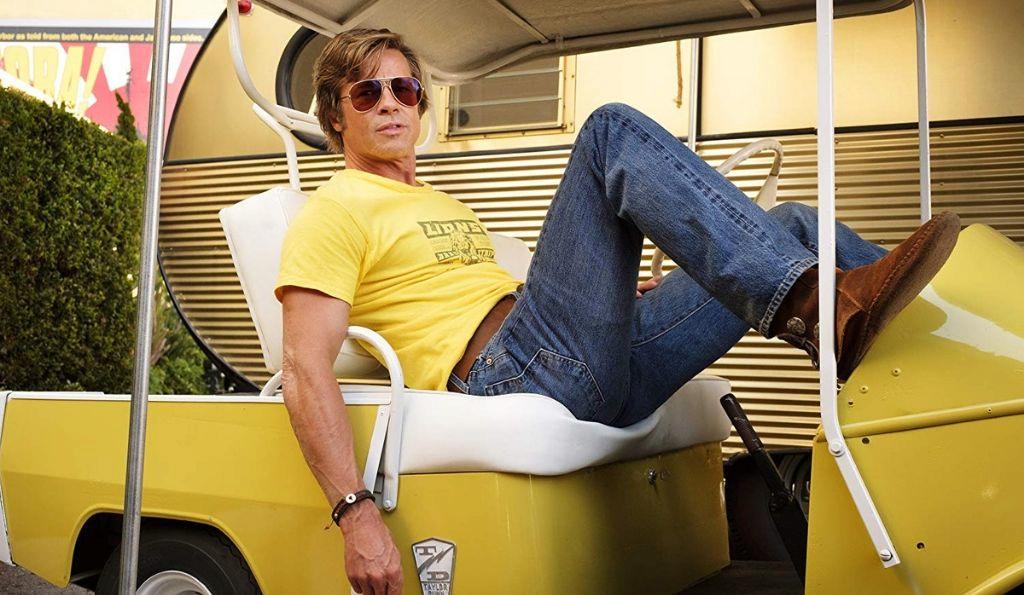 Brad Pitt in Once Upon a Time ... in Hollywood, released on 14 August in the UK
The landscape for the year ahead in cinema is looking bright. Even in a sea of biopics, remakes and sequels, fresh faces keep levels of anticipation sky-high. Whether it's the introduction of a rising star or a bold comeback from an industry veteran, there's plenty to look forward to on the big screen.

To map out the landscape, here's a breakdown of names you'll be seeing in the back half of 2019 – an alphabetical précis of the most exciting actors around.


Awkwafina: The Farewell, Jumanji: The Next Level 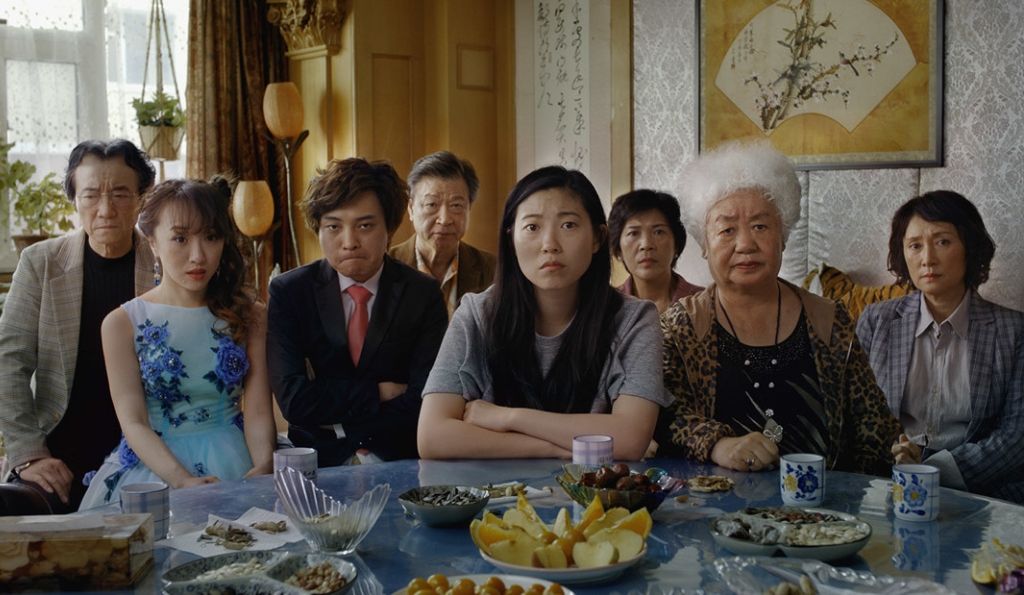 Awkwafina in The Farewell

Just a few years ago, a little-known rapper from Queens made internet fame after her infectiously catchy song about a ... certain body part went viral. Since then, she's exploded with a double whammy of scene-stealing roles as a hustler in the all-female heist spin-off Ocean's 8, and a best friend revelling in a life of luxury in Crazy Rich Asians.

The actress has been earning raves for her first dramatic turn in the cross-cultural drama The Farewell as the child in a Chinese family who hide the truth of the matriarch's illness from her. Plus later this year, she'll be joining Dwayne Johnson and Kevin Hart in Jumanji: The Next Level, the sequel to the wildly successful reboot of the famed Robin Williams film. By switching between indie and blockbuster mode with ease, Awkwafina proves she isn't going anywhere any time soon. 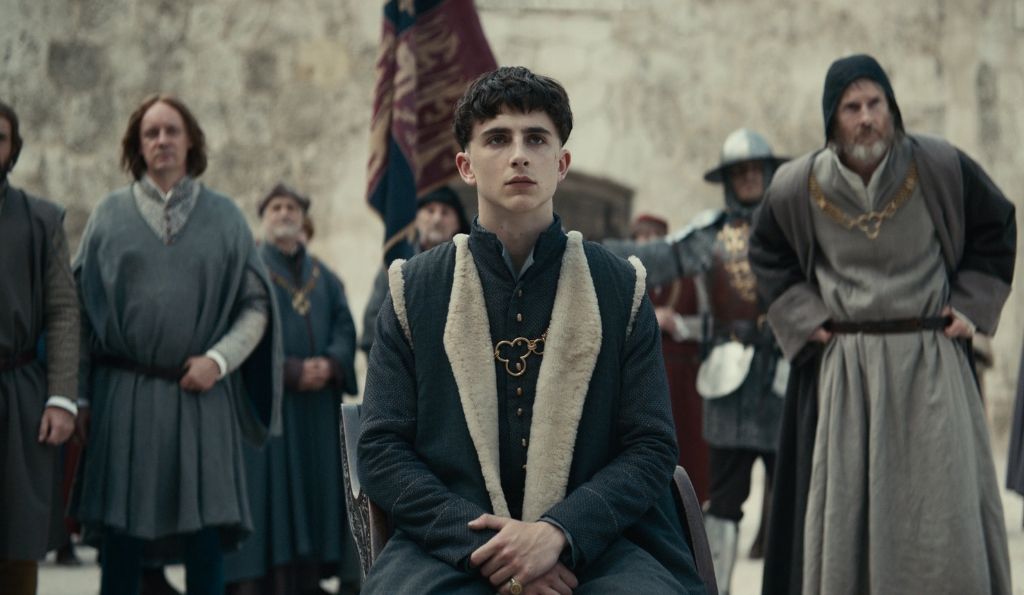 Timothée Chalamet in The King

Ever since his breakthrough role in Call Me by Your Name, Timothée Chalamet has made audiences and critics alike swoon – with an enviable mane of hair, fluency in three languages and an Oscar nomination for Best Actor, he’s the golden boy of cinema.

Next up will be The King, a Netflix adaptation of several of Shakespeare’s plays where he’ll take on Henry V. As the ultimate post-Christmas treat, Chalamet will be appearing alongside a star-studded cast in Greta Gerwig’s Little Women which lands on Boxing Day. In the supporting role of everyone's literary crush, Laurie Laurence, Chalamet plays the boy living next door to the March sisters, who just happens to be kind, handsome and rich. How fitting. 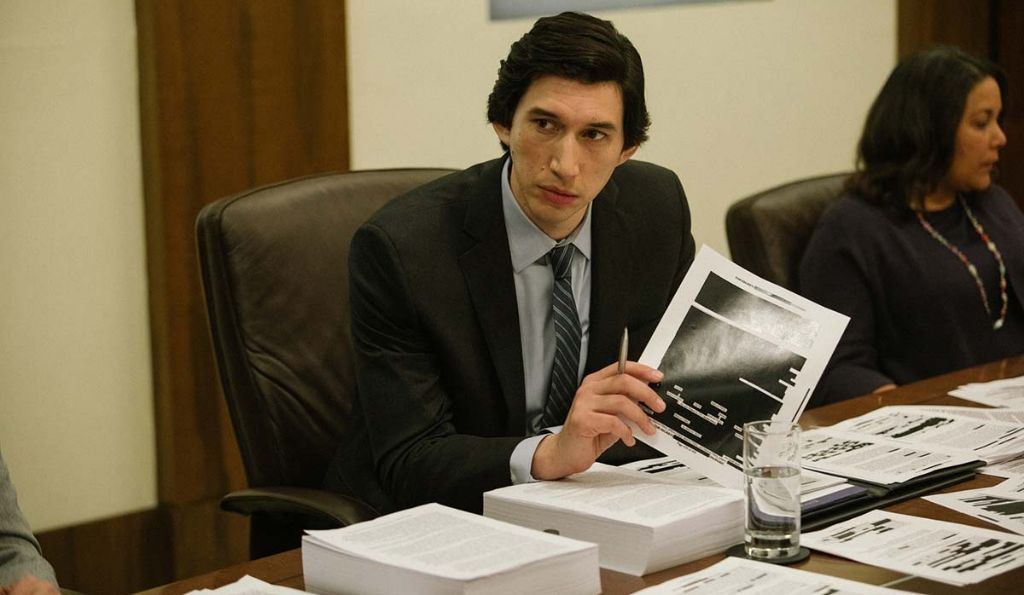 Adam Driver in The Report

After his breakout role in Girls, Adam Driver sort of stumbled into movie stardom. One day, he's sleeping with Lena Dunham in the HBO comedy, the next, he's joined the Dark Side in the world's biggest franchise.

Driver is still on screens in Jim Jarmusch's zom-com The Dead Don't Die, but he'll return sooner than later in Marriage Story, in which he stars as a playwright going through marital strife with his actress wife (played by Scarlett Johansson) – undoubtedly drawing parallels with director Noah Baumbach's own divorce. Come Christmas, he'll be dusting off the lightsaber for the last time in the conclusion to the galactic trilogy, Star Wars: The Rise of Skywalker. 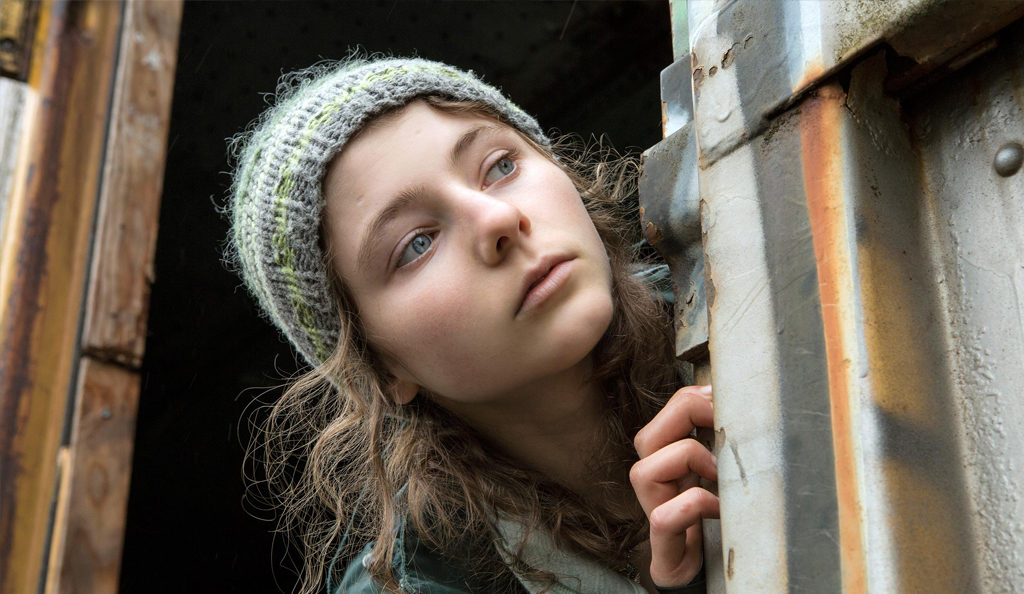 Thomasin McKenzie in Leave No Trace

It's been a while since Thomasin McKenzie wowed audiences as a young girl living in isolation with her US military vet father (Ben Foster) in Leave No Trace – but she'll return soon in Taika Waititi’s Jojo Rabbit, a film about a different kind of isolation. In it, McKenzie stars as a Jewish girl who is hidden in an attic by a German woman whose teenage son is a member of the Hitler Youth.

But that’s not all for the breakthrough Kiwi. She’ll be joining Timothée Chalamet with a secondary role in The King, as well as teaming up with Russell Crowe in the western True History of the Kelly Gang, adapted from Peter Carey’s novel of the same name. Her enigmatic countenance in Leave No Trace has been compared to Rooney Mara and Lorde – McKenzie is definitely one to watch. 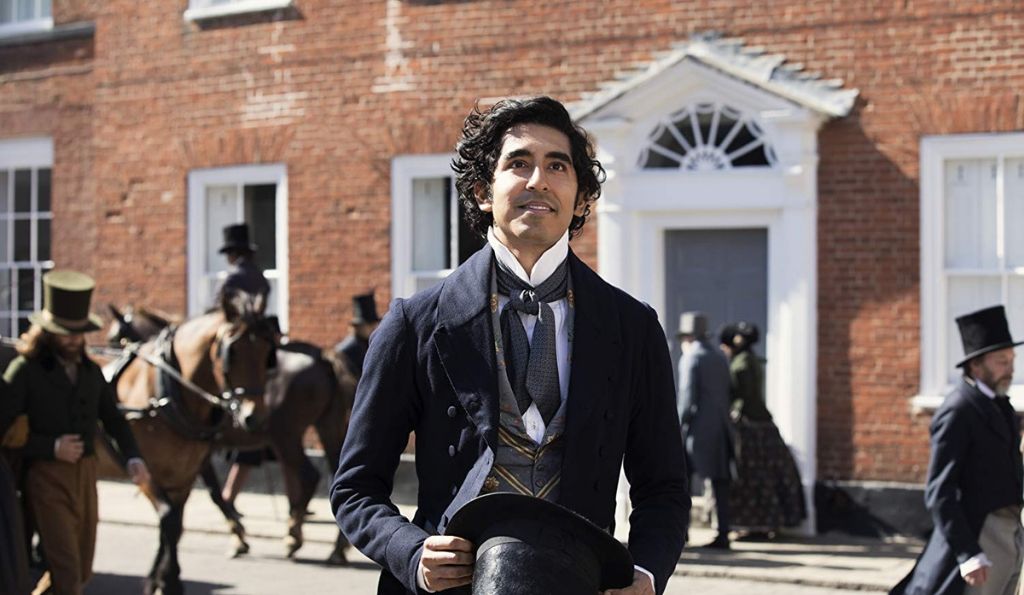 Dev Patel in The Personal History of David Copperfield

While Skins first introduced audiences to Dev Patel, it was inarguably his breakout role in the Oscar-winning Slumdog Millionaire that launched his status as one of the warmest and most endearing actors on the big screen. That description still fits even when he's in action mode, displayed most recently in The Wedding Guest – an uncharacteristic but welcome move into the shoes of a full-blown antihero.

Among his upcoming projects, he will portray a caught in the epicentre of the 2008 Mumbai attacks in Hotel Mumbai, and London Film Festival opener The Personal History of David Copperfield sees Patel as the famed Dickens protagonist with a twist courtesy of Armando Iannucci (The Death of Stalin, The Thick of It).

Brad Pitt: Once Upon a Time ... in Hollywood, Ad Astra 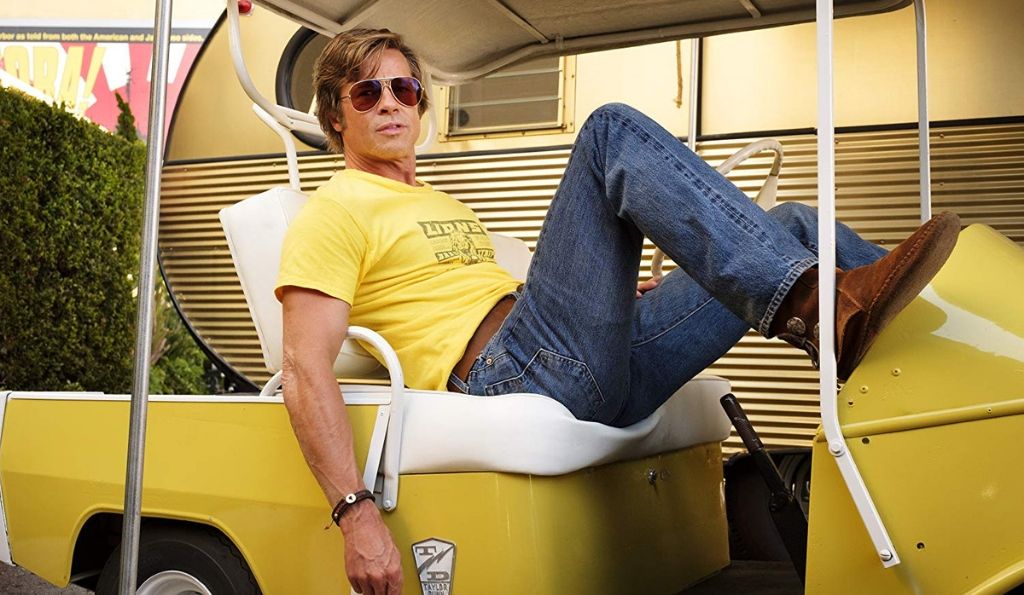 Brad Pitt in Once Upon a Time ... in Hollywood

Believe it or not, it's already been two years since Brad Pitt appeared on our screens, specifically of the Netflix variety, in the military comedy War Machine. (Unless, his cameo in Deadpool 2 counts.) He's been busy in the producer's chair in the meantime, with his production company Plan B lending its hand to multiple awards season darlings this year including Beautiful Boy and If Beale Street Could Talk.

But rejoice: Brad Pitt is finally back in front of the camera. First, he's the stuntman and confidante to Leonardo DiCaprio in Quentin Tarantino's love letter to Tinseltown, Once Upon a Time ... in Hollywood. Then in James Gray's long-awaited Ad Astra, which seems only a few light-years away from Interstellar, Pitt plays an astronaut who traverses the cosmos in search of his father. Here's hoping he won't be gone for too long afterwards.

Margaret Qualley: Once Upon A Time ... in Hollywood, Adam, Seberg, Strange But True 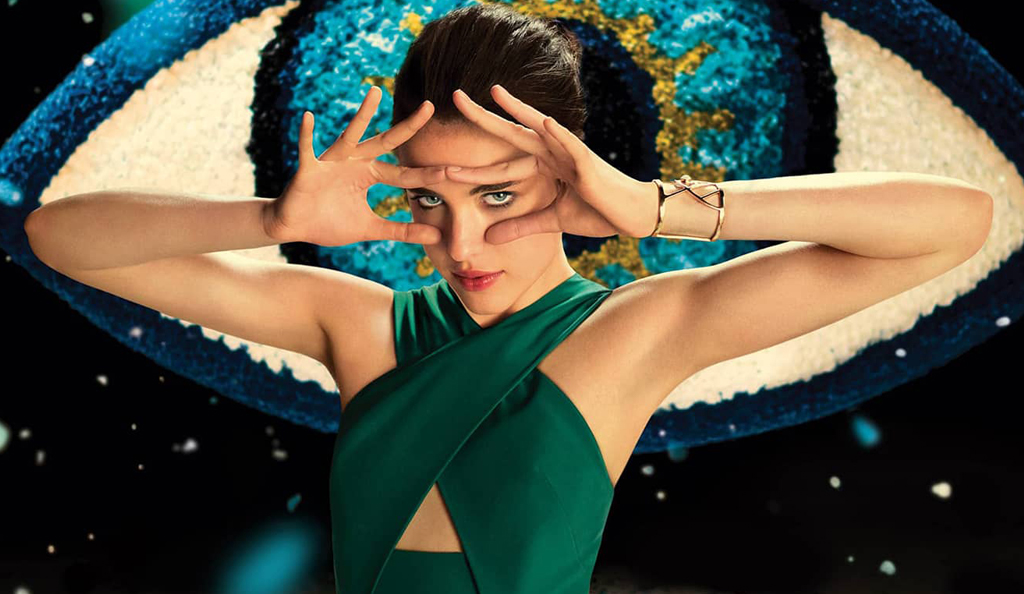 No matter how many times Margaret Qualley's Wikipedia page gets an update, there is seemingly an endless rotation of titles in post-production. It's an exciting boost for such a promising young star, who proved her worth as troubled teenager Jill Garvey in the HBO series The Leftovers.

Among her upcoming projects, she's joined the ensemble cast for Once Upon A Time ... in Hollywood as a member of the Manson family, as well as Benedict Andrews' Seberg with Kristen Stewart. From her early days of modelling to an Emmy-nominated turn in Fosse/Verdon, Qualley is showing no signs of slowing down. 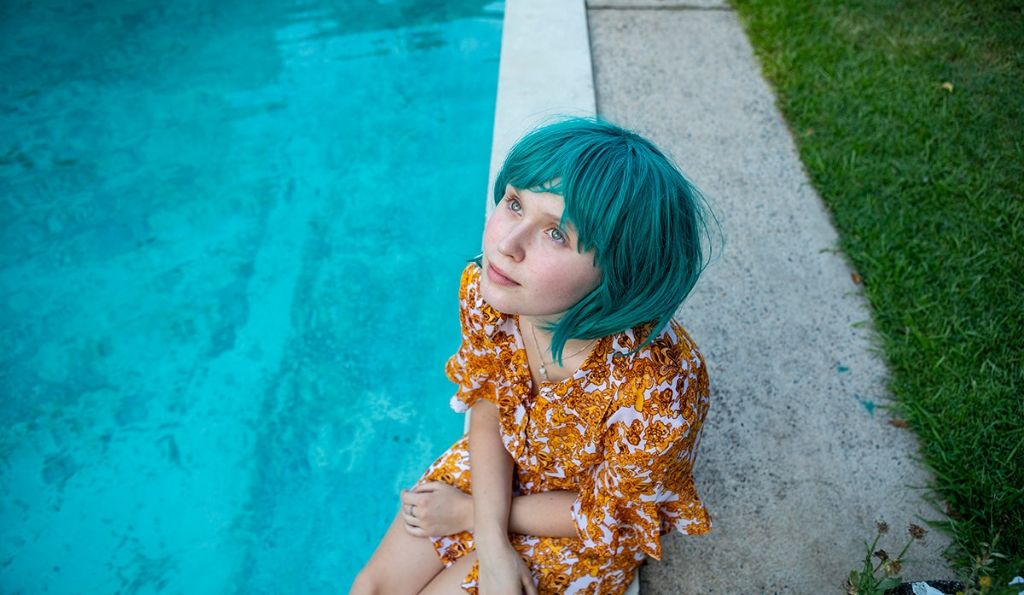 Remember the name Eliza Scanlen. It's no easy task to face off against Amy Adams and Patricia Clarkson, but that's exactly what Eliza Scanlen does in HBO's Gillian Flynn adaptation Sharp Objects. With a ferocious energy rarely seen, the young Australian actress's breakout role as the conniving Alma is at once both mesmerising and terrifying.

She'll next be appearing as the youngest of the March sisters in Greta Gerwig's much-hyped Little Women remake alongside Saoirse Ronan and Meryl Streep. Equally as intriguing is Shannon Murphy's feature debut Babyteeth, a tale of first love and lust with a slightly ironic title considering how Sharp Objects ends. 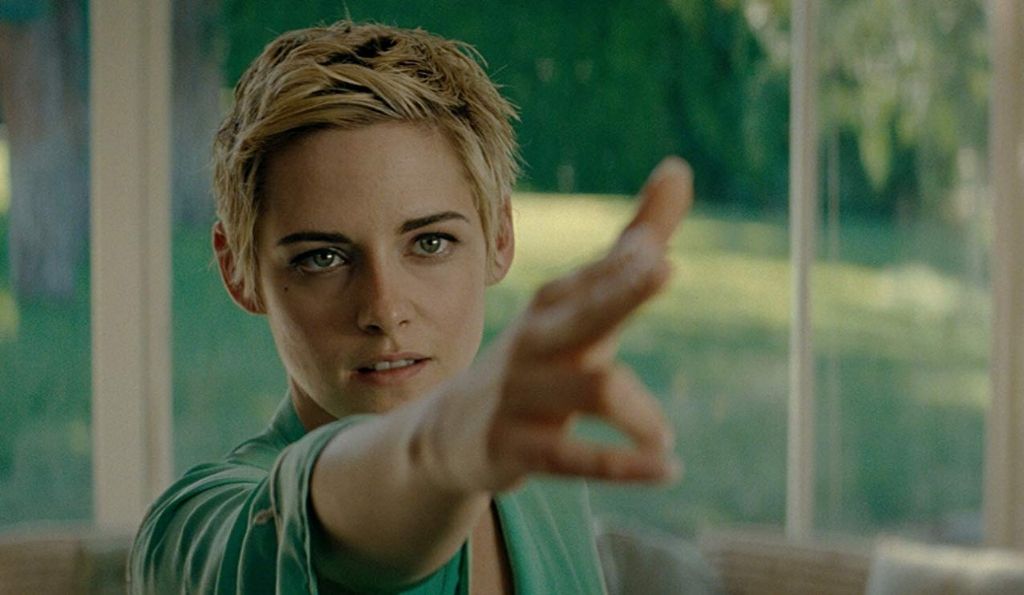 It seems like Kristen Stewart has been unfairly forced to prove that she's capable of more than just Bella Swan. Her restrained mode of acting leaves an unsavoury taste for some, but with years of acclaimed performances under her belt, she's blossomed into one of the most enigmatic screen presences.

Fittingly for Stewart, she will appear on screens later this year as two immortal figures from literary and film history: Savannah Knoop AKA author and hoax JT LeRoy, and French New Wave actress Jean Seberg. But fear not, fans of the multiplex, Stewart will return to the blockbuster fold with the Charlie's Angels reboot, taking up the mantle first held by Cameron Diaz, Lucy Liu and Drew Barrymore.

Finn Wolfhard: The Goldfinch, It Chapter Two, The Addams Family 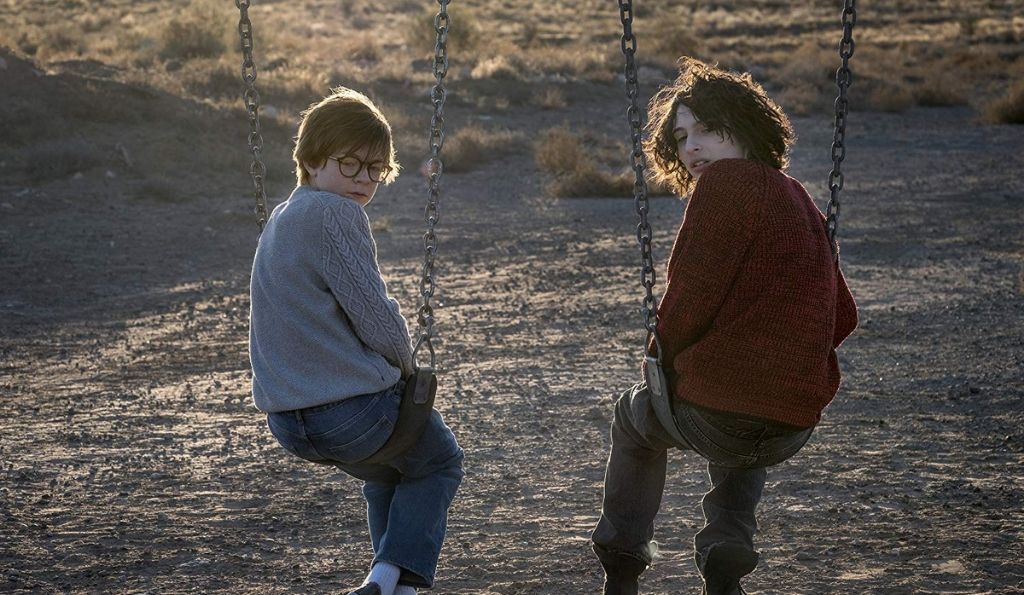 Oakes Fegley and Finn Wolfhard in The Goldfinch

At only 13 years old, the Vancouver native catapulted to fame after starring as Mike Wheeler in the eerie '80s throwback Stranger Things, and he's been a mainstay on Netflix homepages ever since. The hype of the show's third season may have died down, but Wolfhard still has a slew of upcoming projects lined up.

First, he'll be facing off against Pennywise the Clown once more as the foul-mouthed Richie Tozier in It Chapter Two (with Bill Hader playing his adult counterpart). What seems more promising is the rare title not doused in pop culture nostalgia: the adaptation of Donna Tartt's Pulitzer Prize winning novel, The Goldfinch. Wolfhard's roles are maturing alongside him, telling of an exciting future for the young actor.