David and Nic Sheff are the father and son living through addiction and heartbreak in Beautiful Boy, Felix Van Groeningen's stunning feature

1 CW reader is interested
Beautiful Boy film review 5 Beautiful Boy film review Ella Kemp
It’s difficult to dissect something that is defined by being bigger than everything. More than diagnosis, more than words, more than pleasure or anything at all you can control – the relationship between David Sheff (Steve Carell) and his son Nic (Timothée Chalamet) reveals pain and love that cuts so much deeper than any packaged picture can translate. Beautiful Boy, Belgian director Felix Van Groeningen’s English-language debut, makes an outstanding effort to crystallise the cracks of the most heartbreaking and life-destroying moments as Nic struggles with addiction.

The film comes from a lucid place, born of a desire to understand and educate. David, a freelance journalist, pitches an article about what he sees his son going through (which became the award-winning New York Times piece 'My Addicted Son') . He wants to know what the drugs are doing to Nic, and how he can help. The introduction cross-cuts David’s reckoning with a montage of the family that breathes with love; an already effusive score weaves the patchwork of Nic’s childhood and David’s preventive heartache before the teenager is even seen.

Sewn-together snapshots of David and Nic’s journey create a non-linear kaleidoscopic structure. Flashbacks to early memories are colourful and grainy, as the pair play in the ocean or euphorically scream along to Nirvana on the road. The bliss in their time together mirrors eventual fissures, as Nic then deals with what he can only describe as feeling alien, when his disease offers the only remedy to the 'big black hole' inside of him. The fragmented cinematic experience is sprawling, with an eclectic score from Sigur Rós frontman Jónsi that evokes in turn the airy and bittersweet optimism of Captain Fantastic as much as the obsessive anxiety of Hereditary.

An emotionally and aesthetically taxing direction is anchored by the actors’ body language. The trust between Carell and Chalamet is vital in conveying the strength of David and Nic’s relationship. Demanding empathy and patience, the way they react to each other is essential to build a sense of what’s hurting beneath. Discussions of pop culture relics, singing John Lennon lyrics and honouring Charles Bukowski and Fitzgerald’s The Beautiful and Damned are all important ingredients in establishing the pair’s sensibilities, but it’s the instinctive details in the way they let tears fall and eyes meet that transcend the confines of fiction. 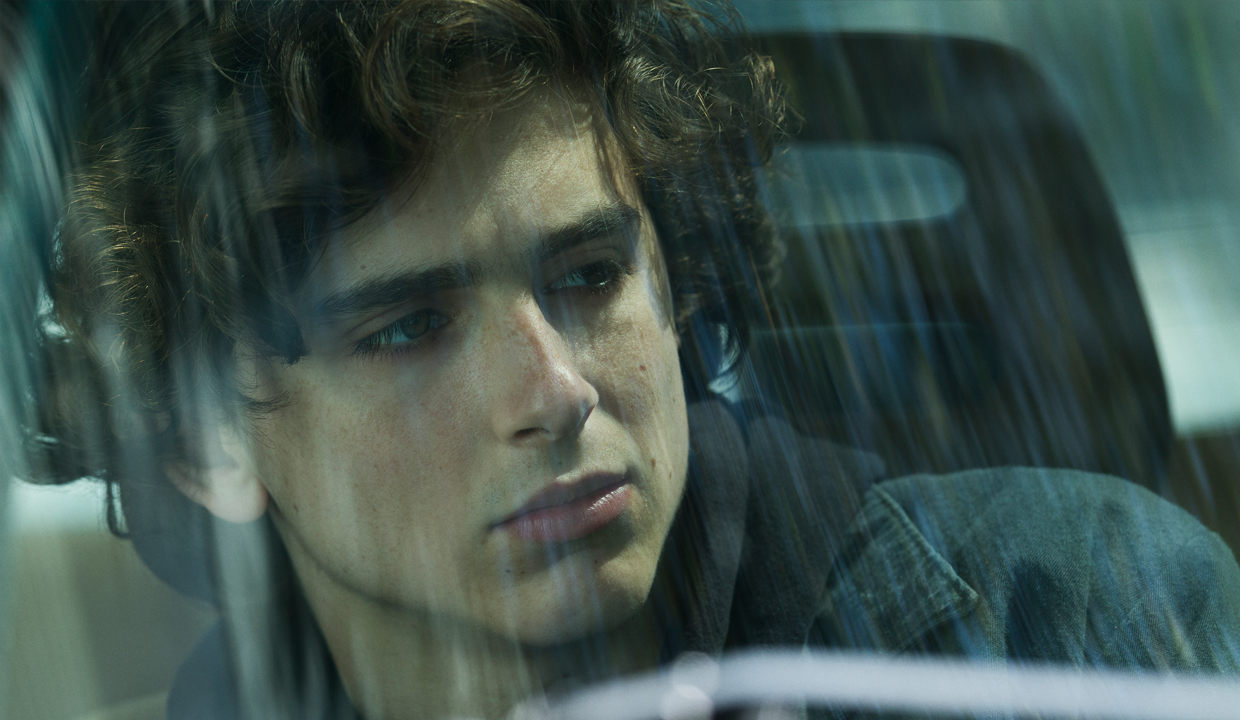 Timothée Chalamet was worried he’d never get another role as good as Elio in Call Me By Your Name. The 17-year-old lovesick and precocious teenager from André Aciman’s novel broke the world’s hearts, and Chalamet brought him to life with a delicate angst which earned him an Academy Award nomination. As Nic, he’s different. Where Elio was powerfully convincing as an introspective emblem of youthful obsession, Nic is at war with himself and everything around him, a self-destructing time bomb who actually does want to live.

When Nic lies, Chalamet’s lips carry on quaking while his face has stopped talking and his bloodshot eyes lull. He’s not the victim or the hero of this story, because that would imply some kind of ultimate ending. What separates this performance from other depictions of drug addiction or difficult teenagehood is that Chalamet walks a careful line of irrational disorder and genuine compassion which translates pain and hatred with incredible, universal sensitivity. Emotions run high, but seldom seem forced.

There is a constant seesaw between relapse and recovery. Nic’s health is never a sure fact, and the support from people who surround him might not be either. Memories of love exist in tandem with nightmares written in black ink and vicious insults about custody, suffocation and confusion. It’s important to take each day as it comes. When Beautiful Boy soars so high, you must be prepared for the pain with which it might then fall. Splintered storytelling takes risks that pay off, as ambition reflects the bravery with which the lives of David and Nic have been lived so far. Like holding a tiny heart of glass in the palm of your hand, this could all break at any moment. If it does, it still must be taken care of – every last sparkling shard.