Books have always been a rich source of inspiration for filmmakers and 2019 is no different. With a WWII satire, a Pulitzer Prize winner and a healthy dose of horror, the remainder of the year promises plenty of literary gems to look forward to 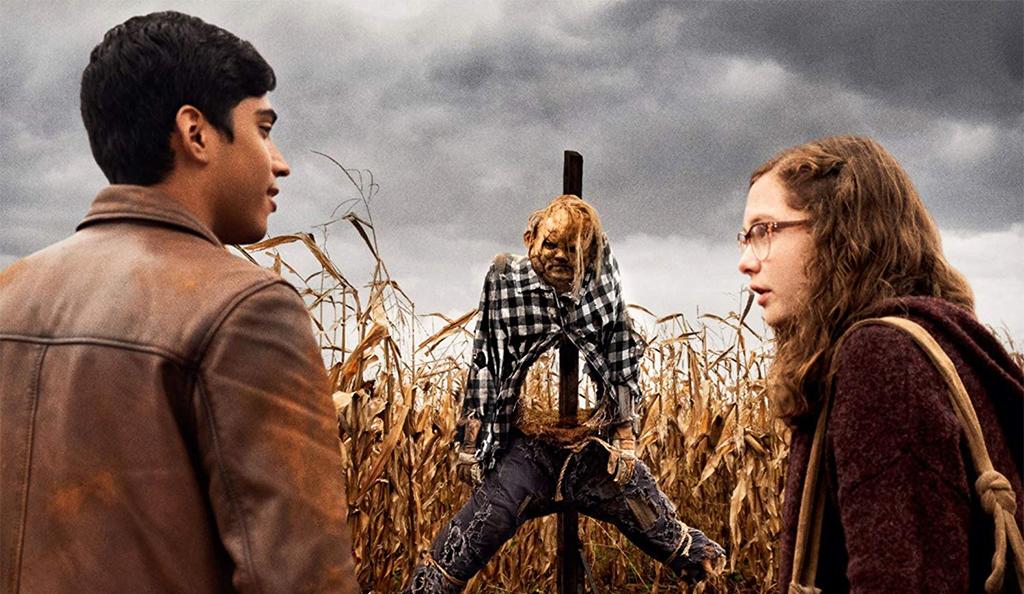 Scary Stories to Tell in the Dark

Alvin Schwartz's trilogy of short horror stories has lived on in infamy for becoming a permanent fixture of children's nightmares. Rumours spread that it was being banned in libraries, and the American Library Association called it the most challenged book of the 1990s. The book series drew from whispered folk tales, becoming a viral hit before virality even existed.

The film adaptation has been brought to life by Norwegian director André Øvredal, as well as producer Guillermo Del Toro, the mind behind numerous doses of nightmare fuel including Pan's Labyrinth and Crimson Peak. With this much talent behind the camera, Scary Stories to Tell in the Dark looks to be equally promising and terrifying. 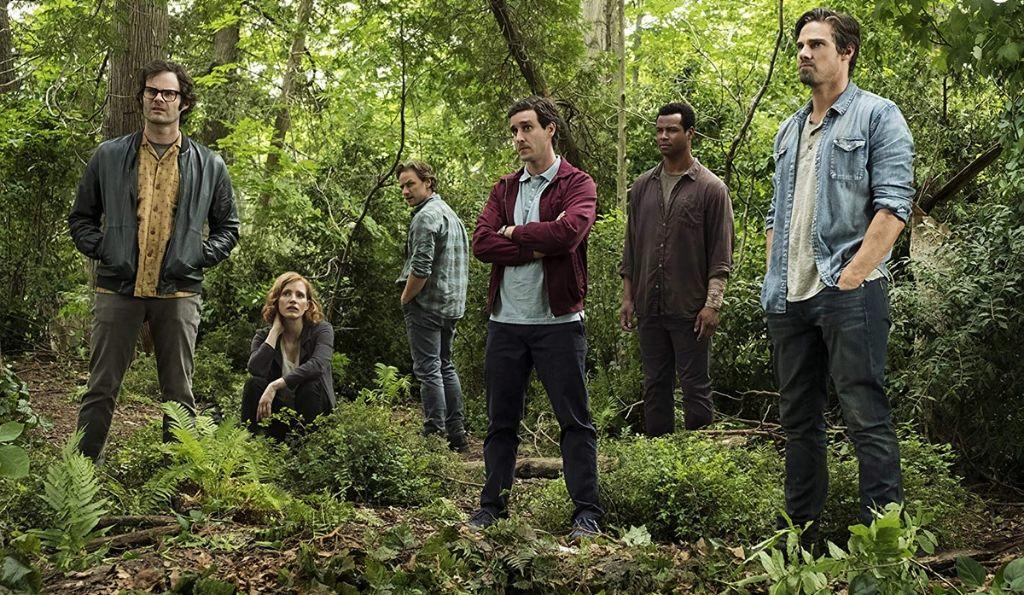 The first outing of the Losers' Club proved so popular that a sequel was inevitable. The entire child cast will be returning, as well as adding new actors in the form of their adult counterparts, who have to deal with a very different kind of mid-life crisis.

It Chapter Two will draw from the latter half of Stephen King's brick of a novel. It's now 27 years later, and the group of friends led by Bill (James McAvoy) and Beverly (Jessica Chastain) reunite in Derry to face off against Pennywise the Clown (Bill Bill Skarsgård) once more.

Read more ...
WHEN
In cinemas 3 September 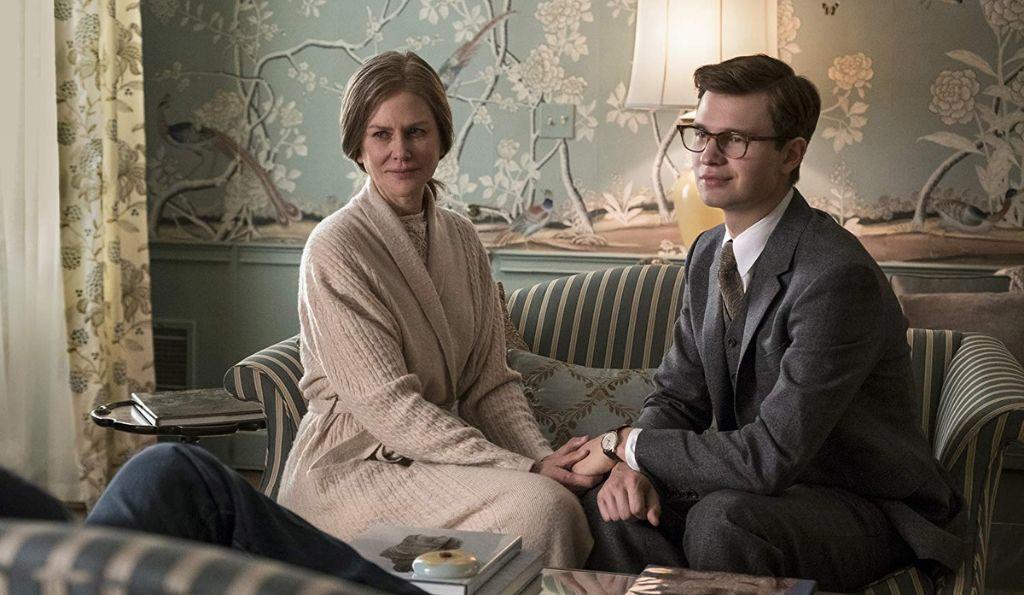 From the director of Brooklyn and starring Ansel Elgort, Nicole Kidman and Luke Wilson, The Goldfinch is a screen adaptation of Donna Tartt’s Pulitzer Prize-winning novel. After surviving a bombing at an art museum that takes his mother's life, Theodore Decker (Elgort) moves in with his father (Wilson) in Las Vegas where he starts to become involved in art forgeries.

The title refers to the name of a painting that Theodore takes from the wreckage of the explosion. The piece is renowned as one of the surviving works of Rembrandt’s famous pupil Carel Fabritius, who lost most of his life's work in the Delft explosion of 1654. Despite winning the Pulitzer Prize, the book received an initially mixed reception from critics. The film adaptation could prove to be just as contentious, with eager anticipation from both the book's fans and its detractors.

Read more ...
WHEN
In cinemas 27 September 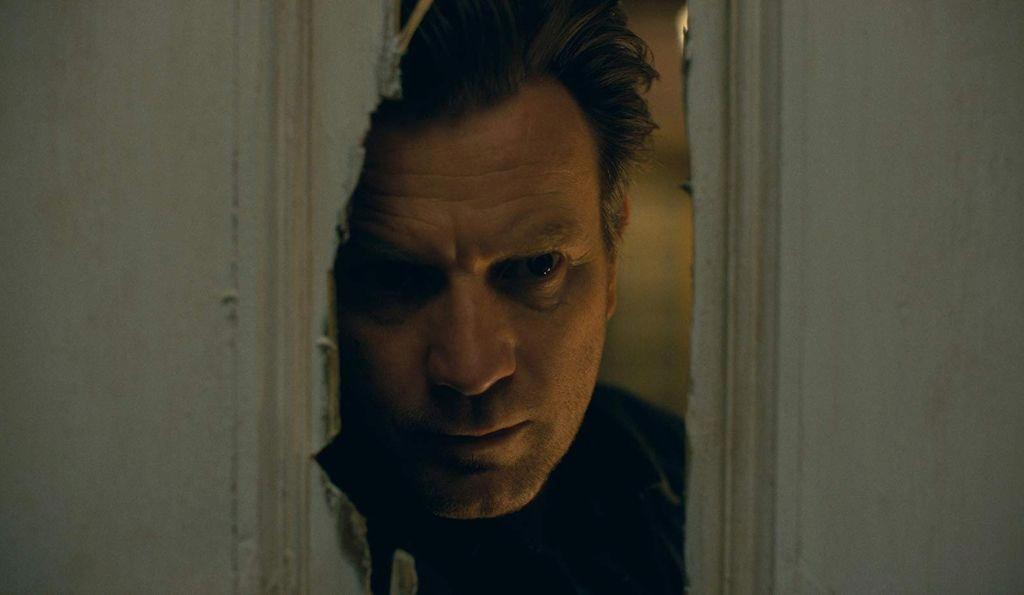 Mike Flanagan has been one of the most consistent and prolific horror directors in recent years, boasting an impressive output that includes the Ouija sequel that surprisingly turned out to be good, and Netflix's Stephen King adaptation Gerald's Game.

He'll be drawing from the king of horror once more with Doctor Sleep, which is said to be a sequel of both King's The Shining and the Stanley Kubrick film of the same name. Ewan McGregor plays the adult Danny Torrence, who finds a young girl that shares his psychic powers. Flanagan has already proved he can handle Stephen King, but the big question asks whether Doctor Sleep can escape from Kubrick's shadow.

Read more ...
WHEN
In cinemas 31 October 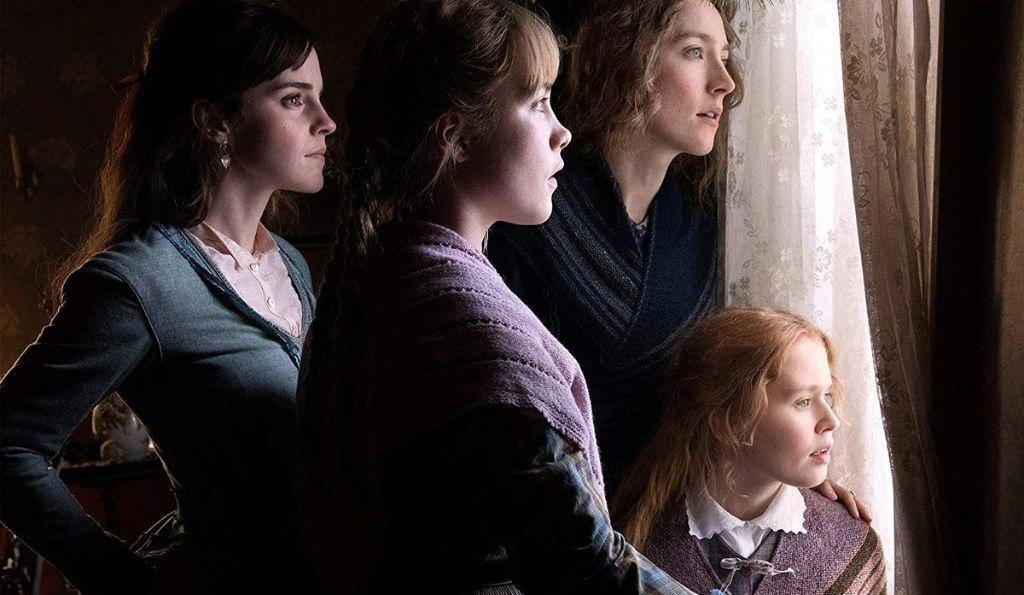 After the success of her debut feature Lady Bird, Greta Gerwig is now turning her attention to an adaptation of Louisa May Alcott’s beloved coming-of-age classic Little Women.

An all-star cast including Saoirse Ronan, Emma Watson, Meryl Streep and Timothée Chalamet will hope to make the roles their own and entice a whole new generation of fans. While this is by no means the first big-screen adaptation of Little Women (and is unlikely to be the last), the talent assembled should bring something new to the now 150-year-old story.

Read more ...
WHEN
In cinemas 26 December 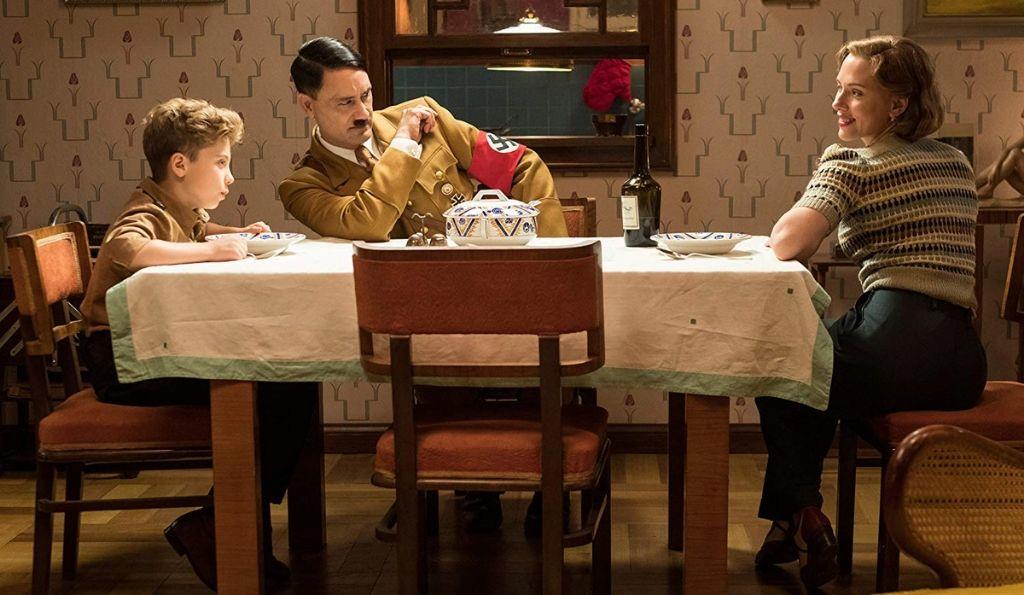 When it seems like all possible WWII narratives have been exhausted, along comes Jojo Rabbit. Taika Waititi (of Hunt for the Wilderpeople and Thor: Ragnarok fame) brings his trademark wit to his satirical take on Christine Leunens' novel Caging Skies.

The Kiwi director has assembled an enticing cast including Scarlett Johansson, Sam Rockwell and Rebel Wilson. Oh, and Waititi is playing Hitler, albeit an imaginary version from the mind of a 10-year-old who has his dedication to Hitler Youth tested. The offbeat director has never made a disappointing film, which makes Jojo Rabbit already seem unmissable.

Read more ...
WHEN
In cinemas 3 January 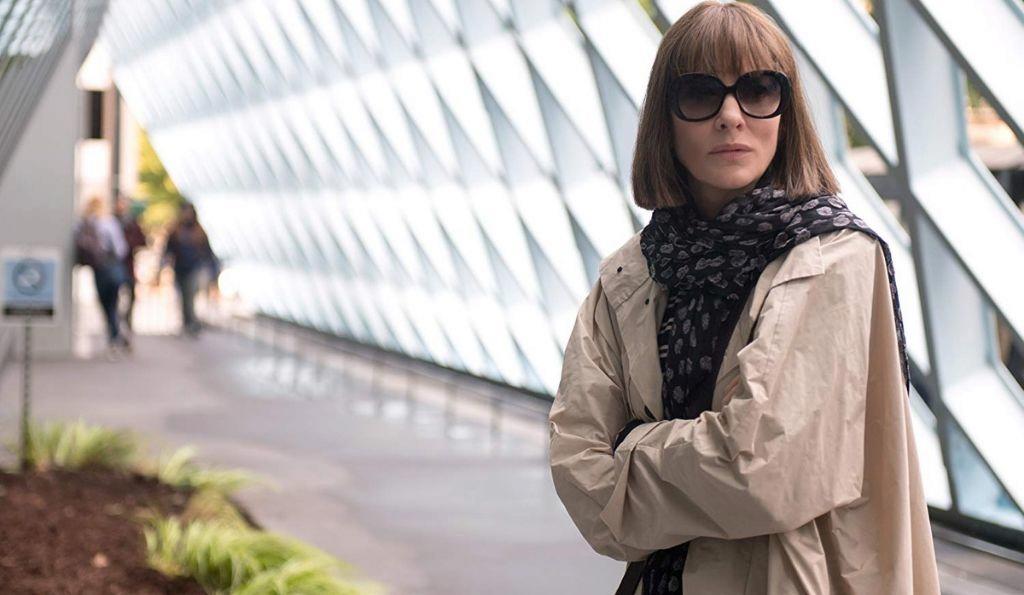 Starring Cate Blanchett, Judy Greer and Kristen Wiig, Where’d You Go, Bernadette is an adaptation of the Maria Semple novel and is the next film from Boyhood and Before Sunrise director Richard Linklater. Cate Blanchett plays the eponymous missing woman, an agoraphobic architect who disappears just before a family trip to Antarctica.

In the book, the story is told through a series of emails and transcripts as Bernadette's 15-year-old daughter Bee (played by newcomer Emma Nelson) tries to find her. The comedic tone of the first trailer suggests that the satire for which the book was praised will, hopefully, remain intact. 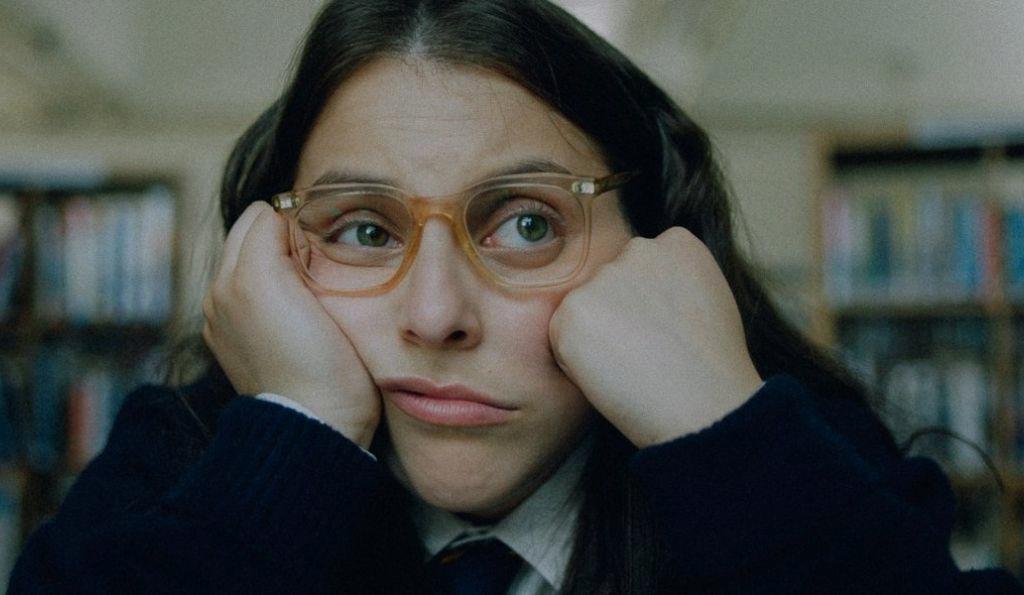 How to Build a Girl

There has never been a shortage of young adult novels, never mind their film adaptations. The teenage girl is an enigma, constantly shifting through her configurations in the process of discovering herself. While the coming-of-age story may appear to be a well-worn genre, How to Build a Girl depicts a very different take on growing up.

Based on Caitlin Moran's semi-autobiographical novel, the film stars Beanie Feldstein as the author's proxy Johanna Morrigan. The film chronicles Morrigan's journey from a Wolverhampton council estate to London as she reinvents herself as the music journalist Dolly Wilde. Beanie Feldstein's fast ascent as the queen of coming-of-age has been a joy to watch, and after Booksmart, we can't get enough of her.