Stanley Kubrick terrified audiences with The Shining, but not its author Stephen King. Can The Haunting of Hill House director Mike Flanagan reconcile the two in Doctor Sleep?

1 CW reader is interested
Doctor Sleep review 4 Doctor Sleep review Iana Murray
Stanley Kubrick’s film The Shining, like its haunted hotel setting, has seemingly infinite rooms. The fear of The Overlook hotel, originally built by Stephen King, rages in the baffling terrors that could be lurking behind every door (especially the infamous Room 237). Add to that the film's various meanings and interpretations, which have been pondered for decades; even after watching The Shining so many times, it exists in a constantly frightening, constantly fluctuating state.

With Doctor Sleep, based on King’s 2013 sequel to his 1977 original novel, writer/director/editor Mike Flanagan explores one interpretation – his own – and thus reduces the world of the Overlook to only one room. Thankfully, this room has the fascination, the curiosity and the approaching dread of room 237. 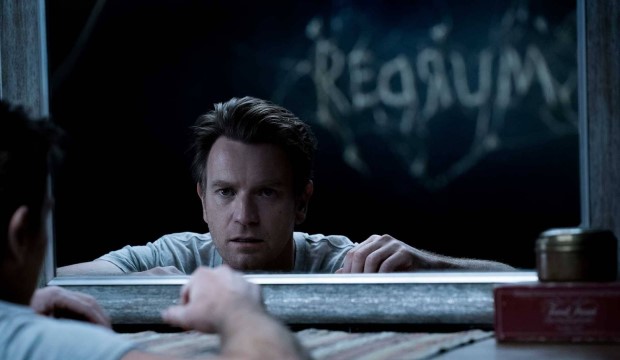 Scepticism rises within the first 20 or so minutes, as we’re shown what happened after Danny and Wendy Torrance (here played by Roger Dale Floyd and Alex Essoe) escaped The Overlook. They're drawn like traced copies of their originals: inferior reincarnations, dramatically emphasising familiar lines and actions from The Shining. The Overlook’s chef Dick Halloran (Carl Lumbly) also appears, assisting Danny with his dangerous Shining mind powers and acting as a kind of conscience.

But once these flashbacks are dealt with, Doctor Sleep delves into newer territory. We skip forward to Dan Torrance as a middle-aged alcoholic drug-addict, still reeling from the trauma of the Overlook. Trainspotting’s Ewan McGregor is perfectly cast as this older version, Dan’s junkie transgressions fitting like a dark and familiar glove. A key drive for the film is Dan’s road to recovery – a theme often explored in King’s fiction (being a recovering addict himself), especially in The Shining novel.

Unknown to Dan, there’s a vampiric group of soul-sucking cultists, the True Knot, who feed off the ‘steam’ of dying Shiners, led by the serpentine Rose the Hat (Rebecca Ferguson). Between Dan and the Knot is Abra, a kid with a very powerful Shining: one that communicates over thousands of miles and can levitate a few dozen spoons to the ceiling. Abra Shines with Dan, and they become spiritual pen-pals. Before long, the Knot catch wind of Abra’s steam-filled existence.

For many horror fans, the division between Stephen King (arguably the most iconic horror writer) and Stanley Kubrick (director of arguably the best horror movie ever made) is like watching two parents fight.

Flanagan tries to reconcile them, to find the good in both and join them together. It’s a doomed attempt because the two are fundamentally different, but Flanagan’s efforts intrigue at every turn – his admiration for both author and auteur gelling into a drama that unfolds, at times, like a comparative cinematic essay.

However, Flanagan succeeds when he moves away from Kubrick, sticks with King, and feels more comfortable in his own filmmaking skin. More than the terror, which most of the 152 minutes of Doctor Sleep is strangely lacking in, the film excels in its more poignant moments with Dan as he fights his demons and helps others with his powers. Flanagan, as in his Netflix series The Haunting of Hill House, exudes an emotional eerieness that never tires.