The loosely autobiographical novel by Caitlin Moran finds its way to Amazon Prime Video, telling the story of a headstrong teen girl (Beanie Feldstein) looking for a bigger future

It’s been a good time to be a straight, white, teenage girl going to the movies in the last couple of years. Lady Bird, Eighth Grade, The Edge of Seventeen, Booksmart have dominated headlines and many more titles have emerged in quieter corners, breaking through the boys’ club to let young women come of age, too. But the risk we start to encounter is when the checklist of representation starts to overrun the actual specific value of a new story.

How to Build a Girl has been on the mainstream radar for some years now, but only in book form, as the 2014 autobiographical novel by Caitlin Moran. The prospect of a screen adaptation was enticing for fans of Moran and young women craving relatability – but its delivery is somewhat underwhelming, as this chirpy 90s story feels late to the party, struggling to find a contemporary bite.

The film follows 16-year-old Johanna Morrigan, a spunky teenager determined to make a life for herself beyond Wolverhampton. She worships at the shrine of influential figures on her bedroom wall, including Donna Summer, Sylvia Plath, Liz Taylor and Karl Marx. Johanna has hungry, enormous eyes for a world she wants to make a dent in.

Her story begins when she starts writing, bursting into the very male offices of a rock music magazine in London and making them take a chance on her. It works, for a while, and so begins her reinvention into the abrasive and enticing critic with red hair, top hats and fishnets, Dolly Wilde. 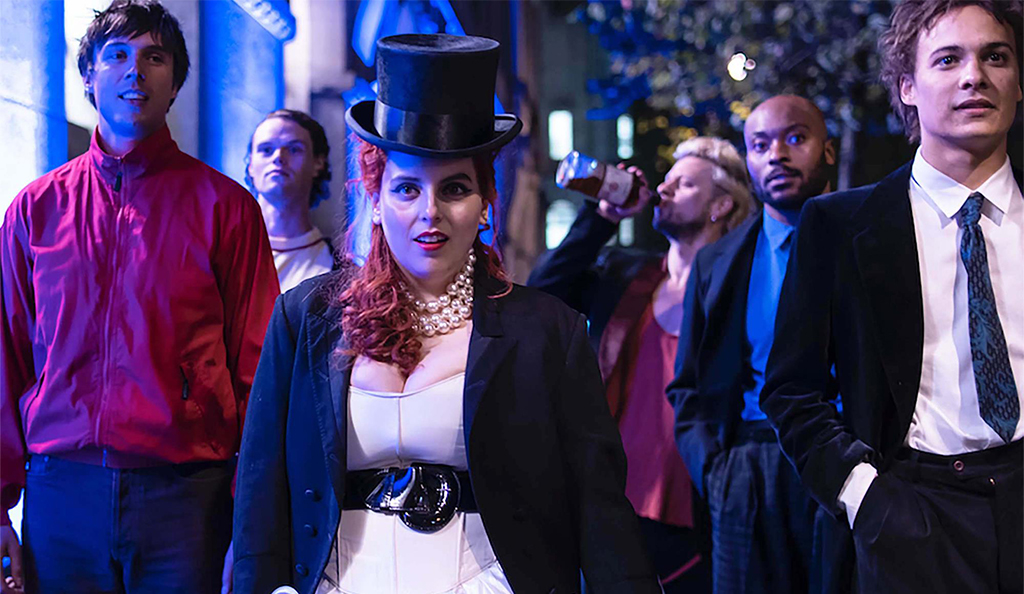 Beanie Feldstein in How to Build a Girl

The hurricane girl is played by Beanie Feldstein, already a reliable name in the modern canon of onscreen girlhood. But Feldstein doesn’t seem quite at home with a syrupy, one-octave-too-high Midlands accent and a performative grudge to carry. She portrays Moran’s itchy feet admirably, but seldom delivers on the alleged depth and brazen sincerity that first convinced a world of readers.

It’s at once rewarding and deeply frustrating that the most convincing character in How to Build a Girl is the boy that Johanna falls for. Alfie Allen stakes his claim as a major player in the realm of girl crushes (a species that will seldom fade from view) as musician John Kite. With glittering eyes and a kind demeanour, Allen illuminates each scene he’s in and anchors Johanna’s unstable energy thoughtfully.

Johanna’s journey is one of personal growth that has a practical, financial weight to it, as she jarringly tells her brother Chrissy that ‘this bitch be paying rent’ without a hint of satire. It’s admirable but also superficial, as the complexities of the Morrigan household are skimmed over too briefly – poverty is symbolised by little more than a TV being crated in and out of the house.

The plausibility of this young girl’s success also hasn’t aged well, as the prospect of a staff job at a magazine at the age of 17, or the offer of a monthly column for another publication seems rather idealistic in a story so many have praised for its grounded vision.

There are moments of sweetness and unquestionable chemistry between Feldstein and Allen, but it feels like times have moved far beyond what Moran first wrote for a worldwide family of young women. Her story had its time on the page, but moviegoers can now build richer, wiser alter egos without her.

Reviewed at the 2019 Toronto International Film Festival. How to Build a Girl is available on Amazon Prime Cinema on Friday 24 July.

The best drive-in cinemas in London