Teen movies never dry up, and every generation gives the genre a different spin. In the past few years, there’s been a surfeit of excellent adolescent tales on big and small screens - especially from first-time filmmakers. Greta Gerwig and Jonah Hill went back in time with Lady Bird and Mid90s, and stand-up comedian Bo Burnham jumped straight into the iPhone generation with Eighth Grade.

Now, Olivia Wilde brings her shining teen comedy to 2019’s yearbook. Despite focusing on the Gen-Z kids, Booksmart seems to reach back further – channeling the spirits of the teen movie masters like John Hughes (Ferris Bueller’s Day Off) and Richard Linklater (Dazed and Confused) to provide a fearlessly energetic and uproariously funny adventure. 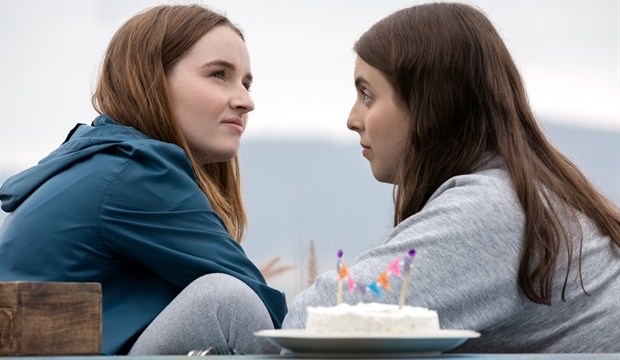 Spanning all of 24 hours, the film follows geeky best friends Amy and Molly as they approach Graduation feeling smug about good grades and looking down on their delinquent classmates. But Molly comes to a nauseous realisation: the bullies, the jocks, and the trouble-makers are also moving on to great things, despite spending endless hours partying. Molly and Amy have one last night to pack in many years’ worth of wild abandon.

The journey through the night becomes an episodic odyssey of booze, drugs, and ill-suited partners. It’s a surreal experience with no indication where a suburban bend will lead. Amy and Molly spend hours trying to find the right party, the one where they need to prove themselves, and end up in bizarre situations along the way. 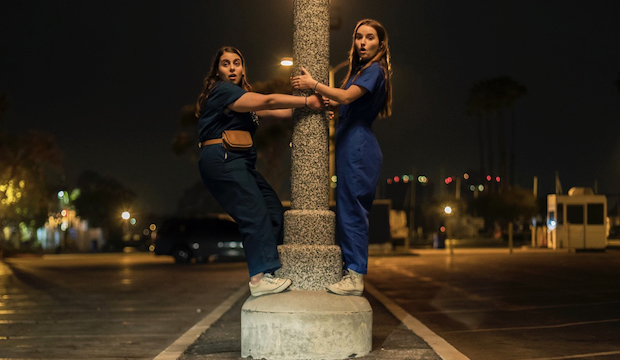 Amy and Molly show the ideal friendship, of a kind to envy. Molly’s adventurous and extroverted, Amy’s more insular – but they’re both intensely dweeby, dancing when they see each other. Both are heavily experienced masturbators, but neither have had partners, just distant crushes. We particularly enjoyed Amy fawning in lustful slow-mo over skater girl, Ryan, who resembles Avril Lavigne.

Kaitlyn Denver as Amy and Beanie Feldstein as Molly explode their comedic talents, and there’s never a dull line between them (and it’s a very wordy movie). Their jokes bounce off each other like a melody, with the kind of chemistry and in-joking that only comes from long-term friendship. It’s not surprising that Feldstein was cast so quickly after her role in Lady Bird, a film with similar absorbing levels of best-friendship. And once the inevitable drama strikes between the best friends in Booksmart, it’s like the beating heart between them is ripping apart.

While Mid90s and Eighth Grade broach more serious themes, Booksmart wants to have as much fun as possible. There’s a slightly slushy message that everyone – even the dunces, even the bullies – has innate intelligence and goodness at heart, but this fits nicely with the film’s accelerated joy. Wilde not only draws from Hughes and Linklater, she joins them.