The coming of age of boy-genius Xavier Dolan has been under the spotlight since 2009, his soul now living in the seams of eight passionate and personal films: stories of loneliness, of longing, of motherhood and brotherhood that have left physical scars and broken hearts.

Dolan has often alienated audiences with fearless sincerity that cares more about intensity than allegories. For the last film of his twenties, the golden decade that shot his talent into the stratosphere, the filmmaker loosens his anxious grip on the world, and has widened the frame: Matthias et Maxime cherishes the feelings he’s always mastered, but his tumultuous underbelly is softer, more mature. He finally seems happy.

Stories of lovelorn boys can tend to favour isolation as a vehicle for emotion, and for a while, that’s what Dolan did too. But here, the spaces to wallow are also inhabited by a ride-or-die gang of friends. Brass, Rivette, Shariff and Frank matter just as much as Max, Dolan’s latest protagonist that he plays himself. It’s undoubtedly his most convincing and earnest acting role to date, as his indomitable sincerity melts cynicism with featherlight tenderness.

Max is leaving for a two-year trip to Australia in two weeks, and the soulful final days are further complicated by a student short film: as a favour and the penalty for a lost bet, Max and his closest friend Matthias (Gabriel D’Almeida Freitas, utterly lovable in his feature film debut) have to share a kiss, for a scene. The frustration and the tension rises, until the two boys lean in, and the film cuts away. 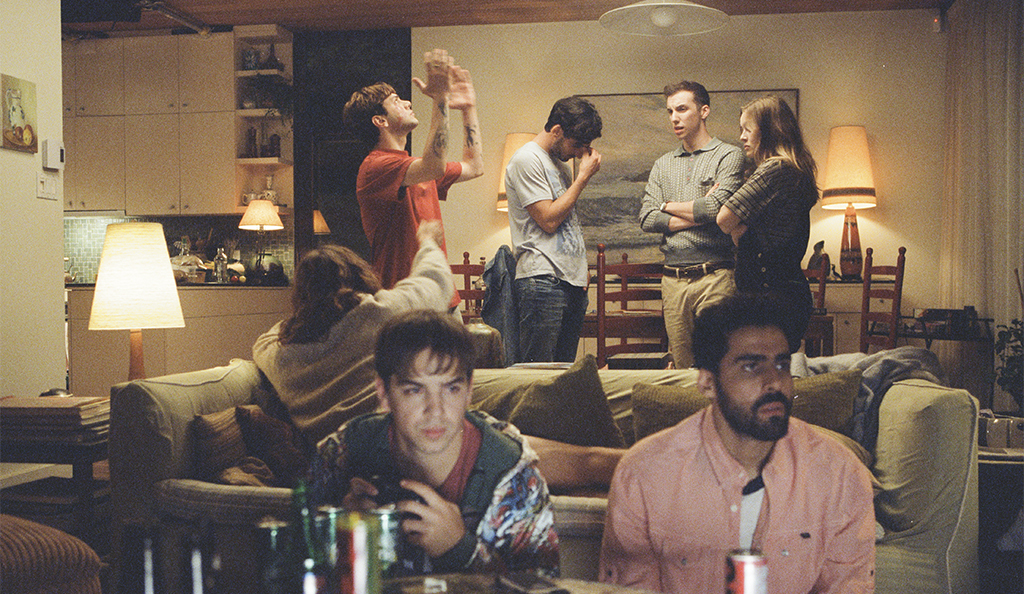 It’s actually not all about the kiss – and this is what makes Matthias et Maxime so generous. The film’s warmth feels familiar, but this story treads new ground for Dolan. Nostalgia is shared, between a handful of boys listening to and enjoying each other, as well as the mothers who have raised and cared for them.

Max’s mother, played with heartbreaking chilliness by Dolan’s muse Anne Dorval, has been clean for six months but still can’t give her son the love he craves. It’s Francine, Matthias’ mother, who cares for Max like her own son, and frames his impending goodbye with the matriarchal compassion any good Dolan film would be incomplete without.

In a fumbled speech, a deafening silence, a stolen embrace, Dolan’s scrapbook of sensitive memories feels comfortable and welcoming. His camera is sweetly grainy, shaky and curious, embracing the imperfect medium of student filmmaking to capture the irreplaceable innocence of group solidarity and tentative attraction.

There’s only one man who demonstrates the kind of macho bravado Dolan’s thoughtful stories usually fight against – business man Kevin McAfee, played with predatory charm by Harris Dickinson – but even he offers some wisdom.

‘Nice guys…’, he ponders, ‘people don’t trust them. I don’t know why’. It’s something Dolan has acknowledged and responded to with angst in the past. But Matthias et Maxime portrays his nicest guys yet – and proves, so gracefully, that no one does it better.

Reviewed at the 2019 Festival de Cannes. Matthias et Maxime is available to watch on MUBI.

Cannes Film Festival 2019: Movies to look forward to in London
Sign up to CW’s newsletter
By entering my email I agree to the CultureWhisper Privacy Policy (we won`t share data & you can unsubscribe anytime).
1