In Once Upon A Time ... in Hollywood, Leonardo DiCaprio, Brad Pitt and Margot Robbie return. Tarantino's ninth feature rocked Cannes this year

Once Upon A Time... in Hollywood premiered at the 2019 Festival de Cannes.

By naming his production company after a Godard film or through staging the climax of Inglourious Basterds inside a movie theatre, Quentin Tarantino has always made his love for cinema clear. Said love comes to a head in his ninth feature film, in more ways than one: the title, Once Upon a Time in Hollywood, nods to Sergio Leone, offers a throwback to Tarantino’s own filmography (IB begins with, 'once upon a time in Nazi-occupied France') and pays fond tribute to the Tinseltown that once was, complete with a loving close-up of authentic film reels.

The story unfolds in 1969 Los Angeles, focusing primarily on the friendship between Rick Dalton (Leonardo DiCaprio), a washed-up Western actor reduced to playing bit parts on TV, and Cliff Booth (Brad Pitt), his stuntman/chauffeur/errand boy and best friend. Their paths intersect with those of other people, both real (Bruce Lee, Sharon Tate) and fictional, creating a sprawling collection of peculiar Hollywood characters.

So sprawling, in fact, that half the film's fun comes from identifying every single minor role or cameo, and then realising quite a few were left on the cutting room floor: the 'Special Thanks' of the closing credits acknowledge the actors who were cast but didn’t make the final cut. 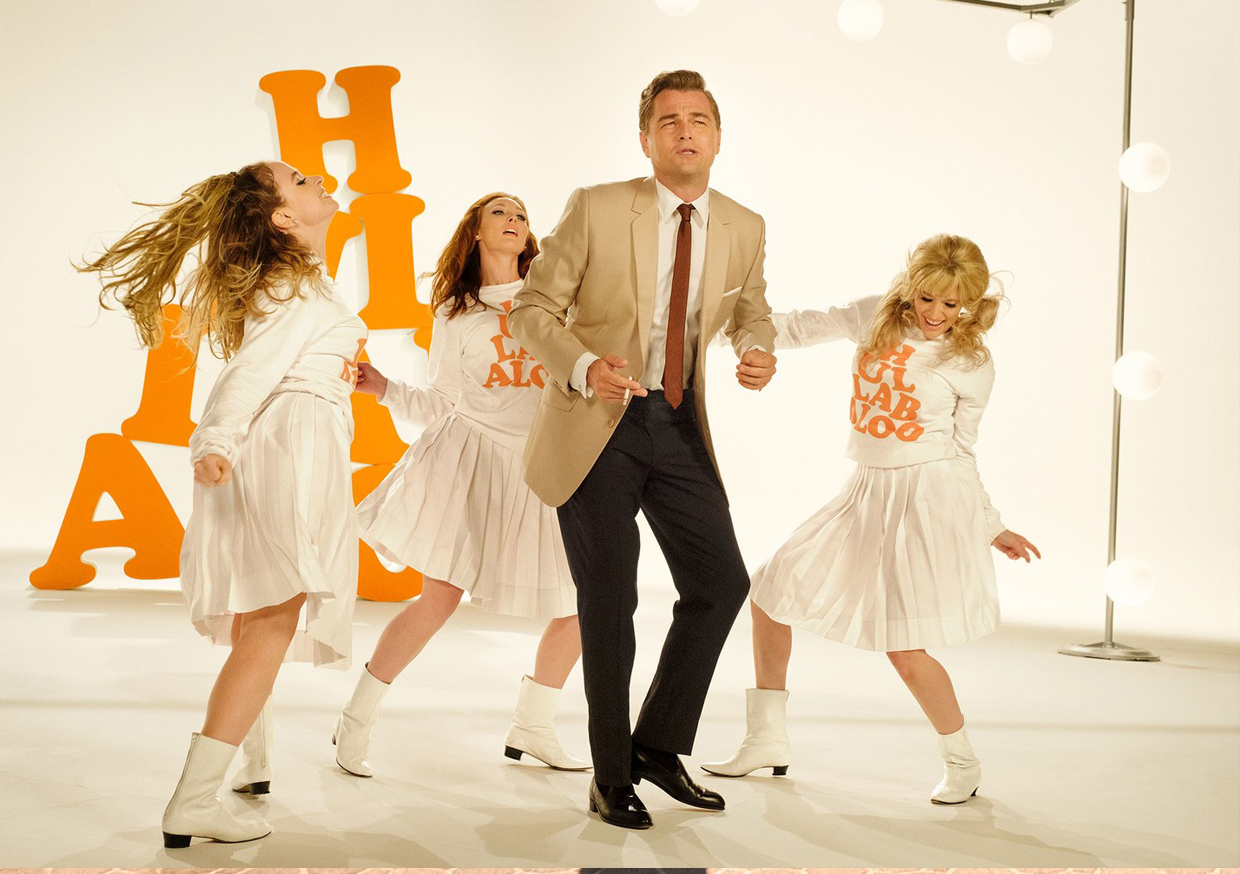 While it could be tempting to draw parallels with Pulp Fiction – be it for the L.A.-set narrative or the symbolic choice to premiere the film in Cannes exactly 25 years after Tarantino first triumphed on the Croisette – a better case can be made for the similarities between OUATIH and Jackie Brown: the latter, released in 1997, was already mature, somewhat lacking the instant coolness of the director’s first two features. Tarantino's ninth picture doesn’t quite go in the same direction, but there is a similar attempt to focus more on mood than on razor-sharp, endlessly quotable zingers. Funny lines abound, but they are delivered by real people as opposed fast-talking archetypes.

Tarantino sidesteps his usual habit of explicitly paying homage to his favourite films, by instead discreetly weaving them into the narrative: Sergio Corbucci and James Bond are name-checked, but only to feed the overarching emotional through-line. At its core, the film tells the story of two men dealing with fading stardom, and in doing so draws a career-best performance from DiCaprio, showcasing his range in subtly impressive ways, and equally solid work from Pitt, who’s rarely been this affecting or hilarious.

And then there’s Margot Robbie, who plays Sharon Tate as a gentle, almost angelic presence, serving as a counterpoint to the underlying melancholy of the Rick-Cliff storyline.

The film's soulfulness and maturity even extend to the most bombastic moments, conceived by a more soulful and mature filmmaker: 10 years ago, Tarantino got away with the hubris of having a character look directly into the camera and deliver the smug, but utterly earned closing line, 'I think this might just be my masterpiece'. In 2019, he merely gets away with delivering the kind of film he’s been aching to do his entire life, but couldn’t until he had the necessary clout. Once Upon a Time... in Hollywood is a very enjoyable oddity in the Tarantino canon, but it also feels of a piece with his overall cinematic philosophy.

If the filmmaker still intends to retire after his tenth feature, this penultimate offering is ample proof of the fact that the adjective 'Tarantinoesque' still has more nuances than one could expect.