At school, you either saw a Kayla Day or you were a Kayla Day. In Bo Burnham’s debut feature film Eighth Grade, this anxious teenager seems to represent every school-time anxiety about confidence, fitting in, and the desire to be liked by everyone. What’s worse nowadays is the technology, which has transformed many children (and plenty of adults too) into social media monsters.

Kayla is a nobody, eats lunch by herself, is given very little attention. She uses YouTube as a tool to become more confident, making videos offering life advice like ‘being yourself is not changing yourself’ – despite practicing the opposite of what she’s trying to preach. She desperately wants to move up the social chain at school, but her crippling anxiety gets in the way.

Elsie Fisher, who has anxiety herself, creates a vividly natural and nerve-shaking performance as Kayla – it’s almost shocking that we’re watching a performance at all. 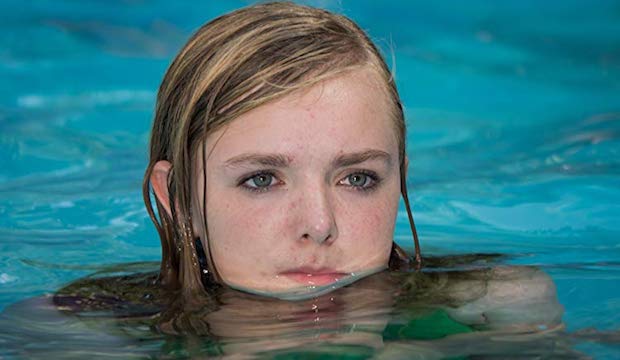 Kayla’s nerves are tested at every turn from conversations with high schoolers to dodgy attempts at flirting with a classmate. But the most terrifying experience takes place during a pool party, which she isn’t initially invited to. Burnham composes the scene like a loud, horror-movie milieu of skinny and spitty teenagers.

Kayla doesn’t belong with them, and yet feels like she should. Even without the eye-stinging screens of modern life, isn’t that the crux of being a teenager: the urge to belong?

If Kayla is desperate for care and attention at school, it’s the last thing she wants at home. Her parents have split up and she’s stuck with her dad, Mark, who might just be the loveliest dad in movie history. Kayla doesn’t care though – he’s just an embarrassing irritation, interfering with both her real and virtual social life.

But Mark, adorably performed by Josh Hamilton, provides the comic heart of the film, while also portraying an endlessly caring father with no motive more important than loving his daughter. This eventually leads to a touching moment complete with a moving speech between the two of them, which would fill even the darkest heart with happy tears. 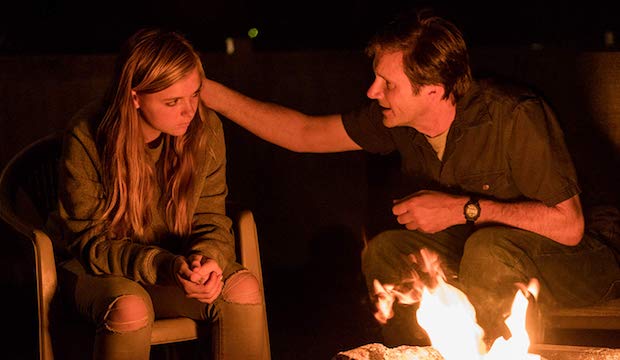 Burnham, who started his career as a comedian on YouTube, excels at showing the hilarious and horrible aspects of being a Gen-Z kid. This isn’t a usual case of capturing the teenage experience on film. Many filmmakers, like Richard Linklater (Boyhood) and, more recently, Jonah Hill, go back to their own childhoods to capture adolescent life, because it's what they know.

But Burnham does one better, creating authentic snapshots of a present-time eighth grader, who’s grown up with iPhones and Instagram. The film never feels fraudulent – it's not an elderly pensioner complaining about the youth of today. Eighth Grade is showing, truthfully, what the youth has to endure in today's world. What could Burnham, a 28-year-old man, possibly know about being a 13-year-old girl? Quite a lot, it turns out.

Building a scrapbook of moments doesn’t leave much room for a fulfilling ending in this film – but that’s almost irrelevant. It's a year in the life of an eighth-grader and, as in life, a big climax would probably be inappropriate. Teenagers and adults alike should watch Eighth Grade – not only to recognise themselves, but to remember and empathise with that girl in the corner, the one who never speaks. Burnham makes sure she has a voice.