1 CW reader is interested
Thor: Ragnarok film review 4 Thor: Ragnarok film review Daniel Lewis
The last time we saw the Avengers assembled, they were decking it out in Captain America: Civil War. Thor (Chris Hemsworth) was notably absent from this fight, because he is a divine illegal alien and prohibited from getting involved in earthly matters. But now he has his own political matters to worry about.

Asgard, Thor’s hometown, is on the brink of Ragnarok - that’s Old Norse for ‘apocalypse’ - and therefore (or there-thor), things are about to explode in a spectacle of CGI.

When we catch up with Thor, things are going pretty well for him. However, he’s plagued by nightmares about his home being destroyed by a giant monster, but, then again, who isn't in 2017? Besides, there aren't a lot of giant monsters who tango with the God of Thunder and live to tell the tale.

Cue Cate Blanchett. She isn't a giant monster, but she is the Goddess of Death, Hela. And just happens to be Thor’s sister. Hela is on a mission to claim her birthright as the firstborn of Odin, King of Asgard (Anthony Hopkins) and assert her authority as the benevolent dictator of the realm. You go, girl.

Marvel has yet to release its own female superhero movie but Thor: Ragnarok might well be the first female super anti-hero movie. Hela is the Wonder Woman antithesis of our feminist dreams. It’s not often you find a female villain granted genuine autonomy, let alone one who gets her hands dirty. She destroys everything in her path and she does so with style.

The always ethereal Cate Blanchett breaks away from the narrative that has defined ‘women with superpowers’ in film, as people who can’t control their gifts and wreck everything. Suicide Squad (Cara Delevingne’s Enchantress can’t stop ruining things), Avengers: Age of Ultron (Elizabeth Olsen’s Scarlet Witch needs to be ‘handled’) and even Frozen (Elsa can’t handle herself either) spring to mind. Or even Thor: The Dark World, where Jane (Natalie Portman) accidentally becomes a weapon of mass destruction and needs to be rescued.

Although Hela is, ultimately, a villain, at least she’s trying to mess everything up on purpose. 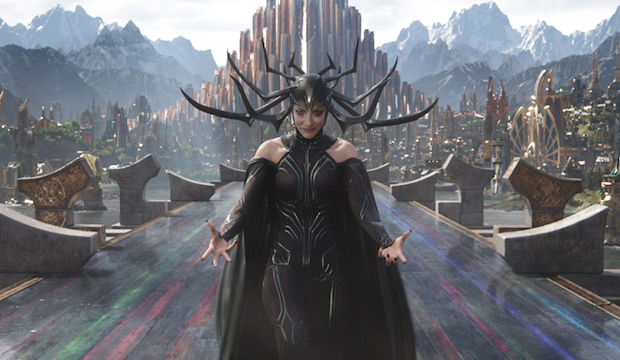 For starters, she banishes the siblings Thor and Loki (Tom Hiddleston) to a junkyard planet. Fortunately, the Hulk (Mark Ruffalo) is there – a coincidence that comes to light when the two are pitted against each other in gladiatorial combat to the death. There’s also Valkyrie (Tessa Thompson), a lovable loose cannon. Together, they are ‘The Revengers’ – a crack team on a quest to prevent Ragnarok and take down Death herself.

Although it’s difficult not to side with Hela in this family squabble, the Revengers are really very funny. Chris Hemsworth and Tom Hiddleston are finally given the screen time to delve into their hilarious relationship as competitive godly siblings. Replacing previous love interest Natalie Portman is a virtually impossible task, but Tessa Thompson is a more interesting addition to the team than the star-gazing Jane.

Directed by the Oscar-nominated Taika Waititi (Hunt for the Wilderpeople), Ragnarok sees a turnaround for what has been Marvel’s least successful franchise, thanks to slapstick humour that packs a punch, strong cinematography, and no unnecessarily convoluted plot lines. Although the film is obviously made for fans of the Marvel cinematic universe, it’s accessible enough for any newcomer to enjoy thoroughly.

Watch out, Guardians of the Galaxy - there’s a newer, funnier space crew roaming the Marvel skies. 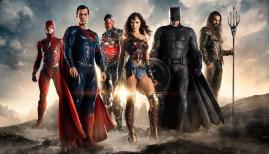 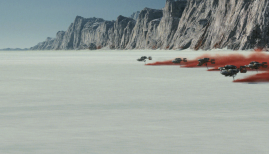