71 minutes of middle-class mischief and mayhem in black-and-white, The Party is a modern classic. Here are five more films to watch before you see it 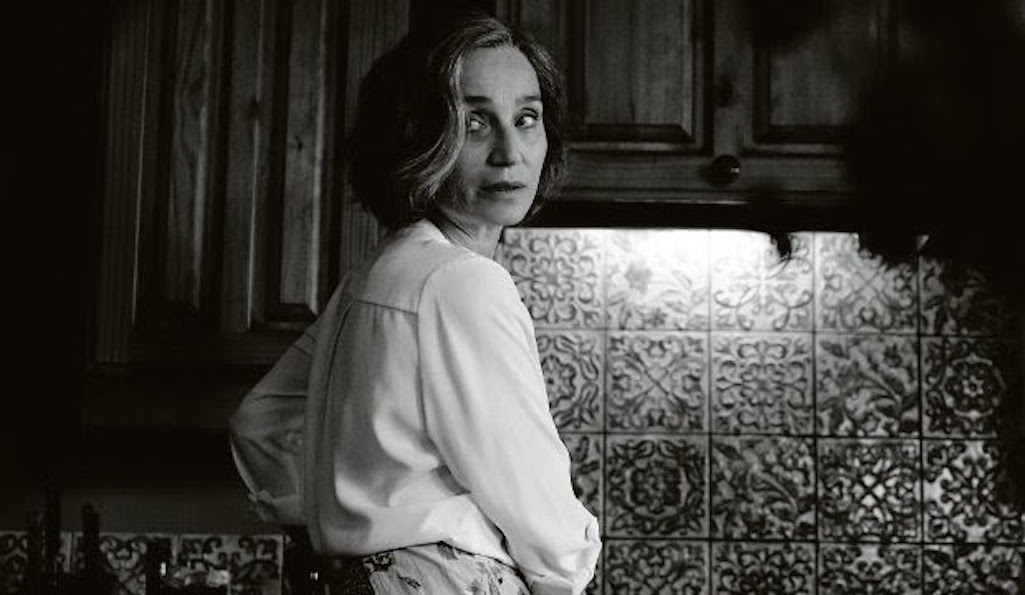 Five films to watch before you see The Party
It’s time to take cover. The Party, Sally Potter’s scorching new satire, is hitting cinemas this weekend.

Filmed over just two weeks, the movie is an unflattering black-and-white portrait of adults behaving badly, which also takes complacent ‘champagne socialists’ down a few pegs, and then some. And in just 71 minutes.

Writer-director Sally Potter’s last film, Ginger & Rosa, may have been set against the backdrop of nuclear war but things get even more explosive in this film.

The ambitious Janet (Kristin Scott Thomas) is throwing a dinner party to celebrate her promotion to shadow minister of health, but her guests — played by a formidable ensemble cast including Cillian Murphy and Bruno Ganz — arrive with their own agendas.

It doesn’t take long for all the rumblings of personal and political discontent to erupt with devastating force — and hilarious consequences.

To help you prepare for this five-star firecracker of a comedy (along with our review), we’ve gathered together a few films that are just as fast and furious. Daring to hang around the 90-minute mark, they may be short on time but they’re nothing short of outstanding.

They’re also perfect for those keen to get their slices of culture in quickly at this busy time of year. (You’re welcome.)

Like The Party, this award-winning Italian drama is a masterclass on what not to do at dinner parties - taught in a rapid 97 minutes. A group of close friends – three married couples and a recent divorcee – meet for one of their regular get-togethers.

Things go pretty pear-shaped when they all decide to put their phones on the table and share any text or phone call they receive that night. What starts off as an amusing game descends into messy drama as everyone’s dark secrets are revealed.

It turns out there is a downside that famous Italian sociability after all.

A chirpy Greta Gerwig stars as the titular character of this kooky romantic comedy-drama.

The film follows Frances as she bounces around New York, hopping from one friend’s couch to another, tackling her career, love life and general lack of prospects — to an infectious David Bowie soundtrack. She also finds time for an extremely ill-advised trip to Paris.

A quietly uplifting tale from director Noah Baumbach, Frances Ha is like a Woody Allen movie for the millennial generation, complete with Manhattan-esque black-and-white visuals. Or a season of Girls (it even poaches Adam Driver) condensed into a bitesize 85 minutes.

Back in the days when black-and-white wasn’t cool but actually going out of fashion, 12 Angry Men was a bit of box office flop, struggling against the arrival of shiny new colour movies. Mercifully, it’s now considered one of the best courtroom dramas of all time.

The action focuses on a jury who must decide on a trial involving a teenager from a slum facing the death sentence. The tension is turned up to excruciating levels as the all-male jury sweat over the verdict in a cramped and stuffy room.

The excellent ensemble includes Lee J. Cobb, well-known for his role in The Exorcist — a movie only little more nerve-wracking than this one.

12 Angry Men is impeccable edge-of-your-seat drama that will stay with you long after its 96 minutes are up.

THE SERIOUSLY FUNNY ONE
CARNAGE (2011)

Adapted from the Tony Award-winning play God of Carnage, this film is like a lazy Sunday drive that turns into a rollercoaster ride over an increasingly fraught 80 minutes.

After a couple of primary school boys get into a fight that ends up one of them seriously injured, their parents meet to discuss the matter. They begin civil and level-headed but as nerves begin to fray, the claws come out — and it becomes clear to everyone that reconciliation is useless.

Directed by Roman Polanski, Carnage features Kate Winslet, Jodie Foster, Christoph Waltz and John C. Reilly as the quarrelsome quartet as well as heated dialogue that gives The Party’s incendiary script a run for its money.

THE CLAUSTROPHOBIC ONE
LOCKE (2013)

Garnering rave reviews upon release, Locke will probably be the best movie you’ll see set on the M40.

Tom Hardy puts in a brilliant turn as construction worker Ivan Locke, who decides to make the two-hour journey from Birmingham to London after he discovers his one-night stand of seven months ago has gone into early labour. Along the way, over a series of phone calls, he has to explain himself to his wife and kid, all while managing a huge project at work.

You spend an intense 85 minutes with Locke in the front of his BMW as he struggles to keep his domestic and professional lives intact.

It's an unconventional one-man thriller will leave you thankful your car journeys are so undramatic.