Noah Baumbach's family drama is a totally superlative comedy, with standout performances from a talented cast

Although some will find it insufficiently tragic or grandiose, the sheer weight of its hilarity and plaintiveness gives The Meyerowitz Stories a profundity. It achieves greatness through its own commitment to deep entertainment, and confirms Baumbach as his generation’s most sophisticated filmmaking comedian. 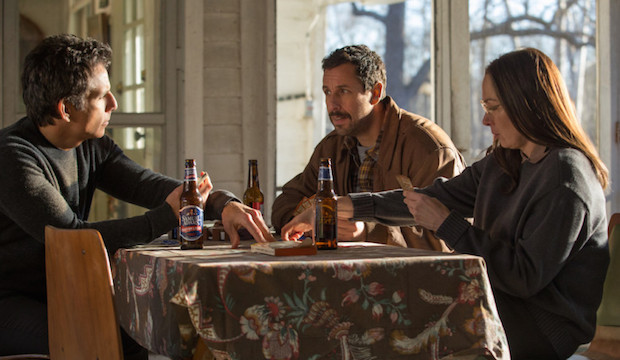 The Meyerowitz Stories (New and Selected), to give it its full title, is a sort of spiritual sequel to The Squid and the Whale (2005), Baumbach’s unsurpassable divorce movie. It deals with similar themes of familial resentment and artistic failure, but it also revolves around an almost identical figure: an unbearably pseudo-intellectual father who can be both frail and arrogant in the same moment.

In The Squid and the Whale, this character was a forgotten novelist (played with perfect boorishness by Jeff Daniels); in the new film he’s a forgotten sculptor. Harold Meyerowitz (Dustin Hoffman) talks in the same pastiche New York Review of Books register as his predecessor, and he’s just as stubborn and pretentious, but he’s also in his seventies, and there’s been a mellowing. The passive-aggressive tyrant doesn’t have the same emotional influence as he once did: the wives have divorced him and the unhappy children have grown up and moved away.

Some of them have moved farther than others. Dry, dowdy Jean (Eizabeth Marvel) lives locally and is wryly familiar with the ins-and-outs of her father’s senescence and marriage to Maureen (Emma Thompson in full glass-of-chablis mode); shabby, likeable Danny (Adam Sandler) is also a resident New Yorker, a divorcee limping back to the family home once his teenage daughter (Grace Van Patten) has left for college. 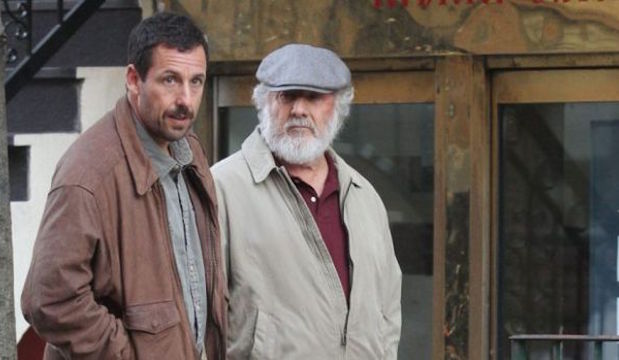 Their half-brother Matt (Ben Stiller), however, fled to LA as soon as he could, and has achieved success and satisfaction with his wealth management firm. The three reunite briefly and awkwardly around a visit to Harold, who keeps them in each other’s company for longer than expected when he suffers a brain injury. It’s in the sad and mundane business of tending to a declining parent that the sibling dynamics introduced in The Meyerowitz Stories’ first half are developed and remade.

Throughout, Baumbach manages a steady tonal tightrope walk, never wobbling too far into bitterness or cosiness. The humour derives power from the sympathy Baumbach has for his characters; in turn, the absurdity and self-indulgence of these same characters is kept in check by the humour. The relative plotlessness of the film might grate – true to its title, Baumbach’s film is divided into stories that become more loosely connected towards the end ­– but it gives the protagonists room to grow.

These protagonists are all pleasingly realised by actors who deserve the praise they’re getting. Hoffman nails Howard’s mix of belligerence and sentimentality as effortlessly as you’d expect, and Thompson is also perfectly cast as a whackadoodle fourth wife, but it’s the central trio of Stiller, Marvel, and Sandler that really glows.

There’s definitely something snobbish about the critical sigh of relief that ‘Adam Sandler is finally in a good film’, and not just in a cinephilic way: the implication is that he had to play a bourgeois-type to gain approval. But the real problem with that consensus is that The Meyerowitz Stories isn’t just a good film. It’s a great one.

The Meyerowitz Stories is available on Netflix.