Daphne film review 4 Daphne film review Daniel Lewis
In another film, Daphne could almost be cool. She works in the kitchen of a hip local restaurant where she casually flirts with her boss (Tom Vaughan-Lawlor) about cheese and their palates.

On the weekends (and some work nights), she chuckles through bleak philosophy (think Slavoj Žižek), meticulously prepares meals she doesn’t bother to finish, and bounces around from bar to bar before wrapping up with a one-night stand. And she has some pretty good pre-prepared Freud quotes which explain why there won’t be a second night.

Yes, she could almost be cool – if she weren’t already into her thirties or completely joyless. It’s obvious, from the late-night corner shop visits and takeaways that supplement this routine, that Daphne’s wit, biting cynicism, and light-and-breezy persona is a fairly fragile front for a yawning emptiness.

The film’s forlorn version of London makes that emptiness starkly clear, with shots that recall an Edward Hopper painting or Antonioni at his most devastating. It’s not 28 Days Later levels of desertion – the buses, cabs and all that jazz are still there – but when Daphne wanders through markets or staggers on street corners, it looks like half of the city has gone on holiday. The lights are on but no one’s home.

It’s only after she becomes a witness to a pretty horrific crime in her neighbourhood – and embarks on a tentative relationship with a bouncer (a memorable Nathaniel Martello-White) – that she begins to address her (lack of) emotional life.

However, the transformation isn’t immediate or even obvious, which is much to the film’s credit. Daphne has had a lifetime of deflection – ‘master of the old duck and dive’, she calls herself in one her less-than-successful therapy sessions – and it’s hard work to unlearn those tricks. 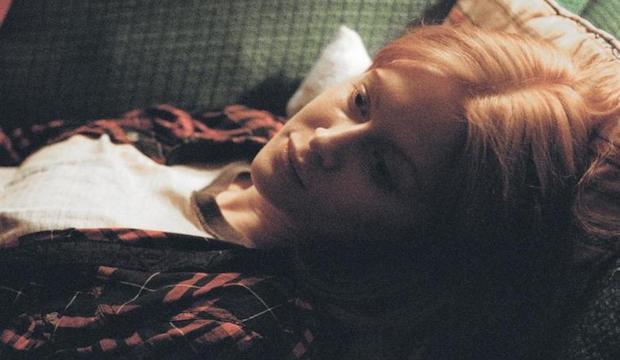 The lack of direction may irk some viewers but Emily Beecham (Hail, Caesar!) is flawless in revealing the little chinks in Daphne’s armour and in showing us the way her walls slowly begin to come down. The thawing of her relationship with her mother, played spotlessly by Geraldine James, is particularly effective.

Putting one character under the microscope can just make them seem like an odd specimen but Beecham makes her character not only likeable but recognisable. She could be any number of those people next to you the Tube.

Daphne is by turns amusing and brutal, but it’s ultimately uplifting stuff. If, as the articles say, there is an epidemic of loneliness sweeping through London, Daphne has definitely caught the bug. But at least there's a chance to get rid of it.