In The Emoji Movie, talented thespian Patrick Stewart debases himself by playing a sentient ideogram of some poo. Some actors just can't get enough of trashing their reputations 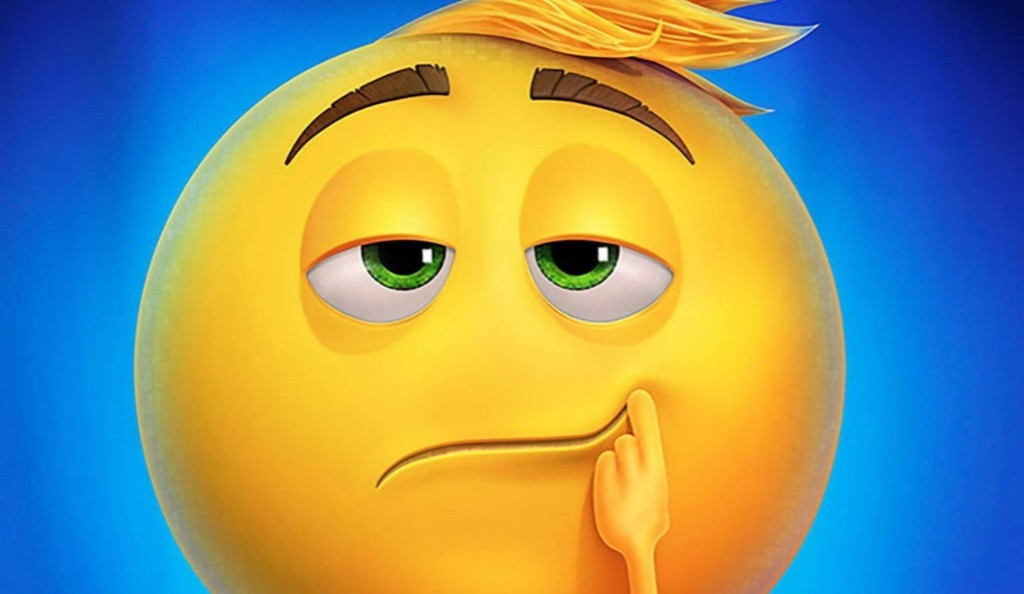 The Emoji Movie
'O! My offence is rank, it smells to heaven.'

TRY CULTURE WHISPER
Receive free tickets & insider tips to unlock the best of London — direct to your inbox
It's not known what Patrick Stewart was actually thinking when spoke these words in the RSC's 2008 production of Hamlet. Every great actor can draw on elements of their own life, so presumably Sir Patrick (OBE, D.Litt.) summoned up a personal memory of shame to make his Claudius especially convincing. But the actual inspiration for his superb portrayal of guilt – the wellspring of his genius, if you will – remains hidden, private, unknowable.

If Stewart ever reprises the role, though, we'll know where the guilt comes from. It'll come from the time he voiced a poo emoji for The Emoji Movie.

The poo is quite smarmy-looking. He wears a bow-tie. The trailer shows him as a parent, with a son, which is a concept we don't really want to think about. And he's voiced, performed, vividly realised by Sir Patrick Stewart. We haven't seen The Emoji Movie yet, but we suspect Stewart's performance isn't going to quite rival Andy Serkis' in War for the Planet of the Apes.

Oscar-winner Sir Anthony Hopkins (CBE, D.Litt.) also played Claudius. This year, almost half a century later, he starred in Transformers: The Last Knight opposite Mark Wahlberg and some space robots. We're sensing a pattern here. Sure enough, Sir Derek Jacobi (OBE; no honorary D.Litt. but there's still time) has both played Claudius and starred in Underworld: Evolution, which has 16% on review aggregate website Rotten Tomatoes.

Why have all these honored Shakespearean actors done terrible, terrible movies? Have they found themselves drained of dramatically useful inner-turmoil by playing Claudius, and taken roles in cinematic garbage in order to top up on feelings of regret? Perhaps. But maybe it's just part of a broader thespian inclination to trash and tarnish. Maybe it takes some of the pressure off to undermine their tiresome luvvie 'credibility' before the critics do. Or maybe being too talented, successful, and rich just turns you insane.

Watching some trailers will help us decide.

Has starred in: Hunger, Shame, 12 Years a Slave, Macbeth

But also starred in: Assassin's Creed

Possible reason: Famously, Fassbender still lives in his pre-fame flat in Hackney, so he's a man who doesn't want success to change him. Maybe that's why the best actor of his generation still likes to act in the kind of films people usually only star in when they're unknown and poor.

Has starred in: Children of Men, The Kids are All Right, Still Alice

But also starred in: The Seventh Son

Possible reason: For sinister and obscure contractual reasons, Moore is obliged to appear in one godawful movie every 3.5 years or so. Having recently submitted Wonderstruck to Cannes, she has a brief period of freedom to exercise her considerable talents before legally being required to besmirch her reputation once more.

Has starred in: Sideways, Cinderella Man

But also starred in: Ironclad

Possible reason: Giamatti is actually a regular on the LARPing (live-action role-playing) scene, and starring in Ironclad was a chance for him to live out his medieval fantasies on a (slightly) bigger scale. And he starred as Father Christmas in Fred Clause because he's actually co-star Vince Vaughn's secret biological father and the movie was a chance for the two to work out some issues while making a quick buck.

Has starred in: Hamlet, The Cook, the Thief, His Wife & Her Lover

But also starred in: Collateral Beauty