Booking for the 61st BFI London Film Festival is open. Here's our pick of the latest and greatest films that are going to sell out fast 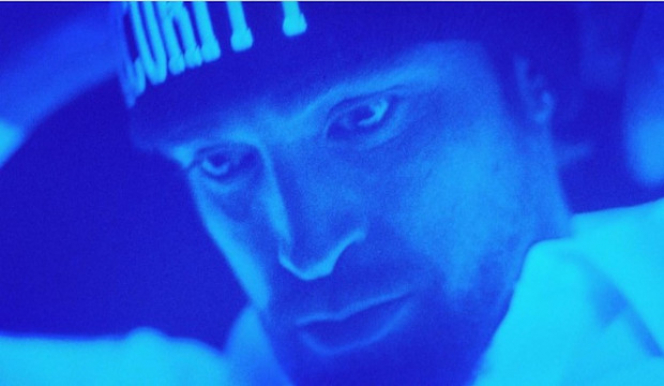 From 4th to 15th October 2017, the Southbank will be hosting the films that have worked critics into a frenzy as well as many that have never been seen before.

This year's programme has enough to satisfy even the most ravenous of film buffs, from ferocious foreign dramas to savvy satires showing off the best of British talent.

What's more, almost a quarter of the films presented are by female directors and there's a strong LGBT presence, making this the most diverse LFF yet.

The bad news: the tickets will sell out in a flash. Here's some the best you don't want to miss.

Not sure about surprises? The BFI's legendary surprise film may just make you change your mind. The mystery movie tends to be one of the next year's biggest releases and a strong Oscar contender, so you'll be the first to be in the know. Past unexpected treats have included Birdman, Sliver Linings Playbook, and adult animation film Anomalisa. It's always a hot ticket so make sure to move fast if you want to catch this curveball.

★★★★★
Ben Stiller and Adam Sandler? These don't seem like the right ingredients for concocting something to knock out the critics on the festival circuit. And yet the goofy duo, along with Dustin Hoffman and Emma Thompson, have managed to weave cinematic comedy gold. Our five-star review says no less. The Meyerowitz Stories follows a dysfunctional New York family ruled over by a sculptor who dumps his disappointments on his long-suffering sons. Director Noah Baumbach (Frances Ha, The Squid and the Whale) returns to a favourite subject – the failures of neurotic pseudo-intellectuals. But, as usual, he rescues his film from any self-indulgence with a healthy dose of humour. Book to see it before its release in the US.

Yes, it's in black-and-white, and yes, it can get away with it. Filmed over a fortnight in the lead-up to the EU Referendum and just over 70 minutes long, unfolding in real time like a play, The Party is a tense, taut and terrifically funny satire on Broken Britain. Janet (Kristin Scott Thomas) has just been appointed Shadow Minister for Health and she's throwing a dinner party to celebrate. Her guests, however, have other plans. Everyone from her oafish husband (Timothy Spall) and the pregnant lesbian couple (Cherry Jones and Emily Mortimer) to the mix-matched hippyish couple (Bruno Ganz and Patricia Jackson) and cokey banker (Cillian Murphy) manage to hijack the gathering. Spitfire dialogue from director Sally Potter (Orlando, Ginger & Rosa) lights the fireworks.

★★★★★
It looks like there’ll be no love lost between Russian director Andrey Zvyagintsev and Putin's government. His last film, Leviathan, was officially disapproved by the Ministry of Culture, so he had to find foreign money to make Loveless. Like Leviathan, which won Best Film at the LFF 2014, this film is a state-of-the-nation drama which paints a pretty unflattering picture of modern Russia. The story follows a couple whose 12-year old son disappears just before they finalise their divorce. They have to cooperate to find him but they struggle to put their emotions aside. Loveless won the Jury Prize at this year's Cannes Film Festival so it's a foolproof choice.

In the near future, Norwegian scientists have come up with a way to shrink people (who are willing) to just five inches tall. At this size, not only do they have a much, much smaller impact on the environment but they have much, much bigger prospects too, living in (relatively) huge mansions. Money-troubled Matt Damon quickly signs up to get shrunk, but things don't go to plan. It's not easy making films about the environment but Alexander Payne (The Descendants, Sideways, Nebraska) pulls it off with his distinctive darkly comic style. Bridesmaids' Kirsten Wiig (also in the controversial mother!) and serial bad guy Christopher Waltz star alongside Damon.

★★★★★
It's five years since Michael Haneke's last film Amour, which picked up pretty much every Best Foreign Language Film award going, including the BAFTA and the Oscar, and earned him his second Palme d'Or at the Cannes Film Festival. True to form, the director has returned with a dramatic tour de force that has been wreathed with 4- and 5-star reviews. Happy End focuses on a moneyed family living in Calais who are forced to confront the growing migrant crisis there. The film bears all the hallmarks of this master of uncomfortable dramas in familiar settings, including a heavily ironic title. Heading the cast is Isabelle Huppert, who also featured in Amour and last year's unnerving Elle which got her an Academy Award nomination for best actress.

After his serious turn in tennis biopic Battle of the Sexes, funny man Steve Carell will be making another dive for awards in comedy-drama Last Flag Flying. He plays Larry Shepherd, a Vietnam War veteran who tracks down a couple of old army buddies, content Mueller (Laurence Fishburne) and foul-mouthed Sal (Bryan Cranston). This is no ordinary reunion, though: Doc needs help burying his son whose body has just come back from Iraq. Designed as a follow-up to 1973 classic The Last Detail, the film will be a droll-as-it-is-deep meditation on age and the cost of war. Richard Linklater, who filmed the thoughtful knock-out Boyhood, directs.

After Italian director Luca Guadagnino's last couple of films, I Am Love and A Bigger Splash, we didn't think that films could get any more sumptuous. Well, he's putting that thought to the test in Call Me By Your Name, a romantic drama about a 17-year old battling young adulthood and first live while on holiday in the countryside in hazy 80s Italy. The 24-year old academic who is the object of his affection is played by Armie Hammer, who recently played another loveable intellectual in the Alberto Giacometti biopic Final Portrait. The trailer alone could make you want to book your next summer holiday now. Make sure you book your ticket for the film first though. 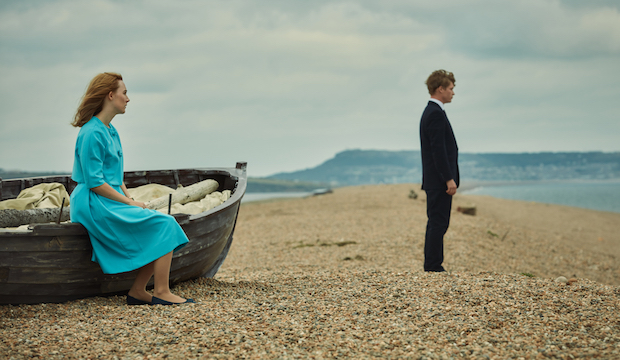 An adaptation of Booker Prize winning novelist Ian McEwan's novella, On Chesil Beach focuses on a couple of newlyweds who struggle to connect on their honeymoon. A subtle portrait of deep repression in a world poised for a sexual revolution, the film features rising star Billy Howle (The Sense of an Ending) and Saoirse Ronan, who acted in 2007 Ian McEwan adaptation Atonement. The team behind the camera also couldn't be more ideal. Produced by the duo behind recent films Carol, Their Finest and the Bill Nighy-led The Limehouse Golem, it is directed by Dominic Cooke, formerly director of the Royal Court Theatre, from a script by Ian McEwan himself. On Chesil Beach won't be arriving in cinemas till January next year, so head to the BFI if you want to be part of the buzz.

★★★★★
Those still holding on to the faded image of Robert Pattinson from the Twilight era are going to have lay that to rest. His teenage heartthrob status is not so much ruffled in this film as torn to shreds. Pattinson plays a small-time criminal who must go to extreme measures to try to get his brother out of jail after a heist goes seriously awry. Good Time will, in fact, be one of the smaller independent films opening at the LFF but it packs a big punch, taking the viewer on an epic rollercoaster ride through the New York City crime underworld. Come for Pattinson, stay for the shockingly good visual feast.

The film that might just put The Danish Girl to shame. A Fantastic Woman (Una Mujer Fantástica) centres on Marina, a trans woman working as a singer and waitress, and her struggle for recognition and respect after the sudden death of her older businessman lover. Trans actor Daniel Vega makes her debut as the heroine in this forceful Chilean drama. In the director's seat is Sebastián Lelio (Gloria) who is already tipped as the successor to Pedro Almodóvar for his fierce, female-centred, sensual and sensitive films. A Fantastic Woman will be nothing short of a landmark movie.