It does get grizzly (this is not a film for the whole family) but it’s also extremely amusing – which is a bit of a surprise given the dark subject matter.

The 'It' of the title is a child-catching clown called Pennywise who seems to live in the labyrinth of sewers underneath a white-picket small town in Maine. Preying on children, It has the ability to morph itself into the manifestations of its victims’ phobias.

Following the disappearance of yet another child, It is discovered by a group of vulnerable outcast kids who band together to oust the clown and put an end to the slew of missing children cases.

TRY CULTURE WHISPER
Receive free tickets & insider tips to unlock the best of London — direct to your inbox
While Argentinian director Andrés Muschietti doesn’t hold back on the horror – you are never far away from some sickening (though slick) CGI – he absolutely lets rip with the humour. Surprisingly, though, most of it doesn’t come from the clown.

The wisecracking has been taken over, instead, by the sparky foul-mouthed troupe of pubescents whose jibes send waves of laughter through the audience. Their banter is never forced; you believe these are people who have just learned to swear and whose hormones are about to riot.

The strong cast of kids – six boys and a girl – all have their moments but it’s Finn Wolfhard who emerges as the real joker of the pack. Incidentally, Wolfhard also features in Netflix hit, Stranger Things, which shares with this film a spirit of adolescent camaraderie and an 80s setting. These allow it to indulge in the nostalgia for ‘kids on bikes’ genre films that made the Netflix show successful. 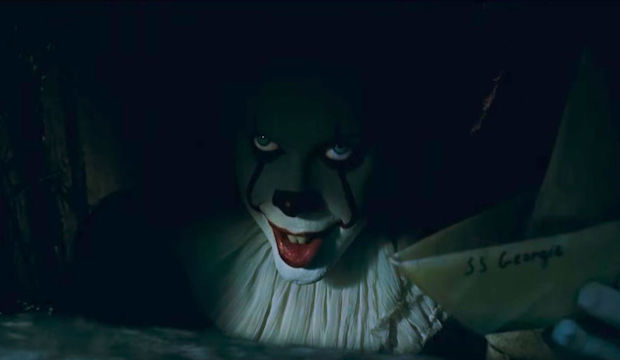 IT is equally good at the more serious themes that make Stephen King Stephen King. All the children (the self-proclaimed ‘Losers’) are made to fear something or someone by the adults who look after them. What’s more, they are being menaced by a borderline psychopathic bully, who is in turn being bullied his father. Fear breeds fear and violence, violence is the message to take home.

However, that message is conveyed in a slightly erratic way. Muschietti really could do a better job at joining up the dots, making the scenes make sense together. Part of the problem is, in fact, Pennywise, whose random appearances break up almost all of the storylines, becoming even more of a nuisance than it (or It) is meant to be. You can’t wait for the ‘Losers’ to send out the clown.

Perhaps this is something they can fix in the sequel…