Good Time guarantees exactly that, as Robert Pattinson sheds the last of his heart-throb status

4 CW readers are interested
Good Time film review 5 Good Time film review Sophie Joaman
With Good Time the Safdie brothers have crafted a super-charged thriller that thrives on unpredictability and left-field turns. It’s a full headlong plunge into the New York night, and it shows that finally – finally! – someone has found a proper use for Robert Pattinson.

Pattinson plays Connie, a slimeball dirtbag and all-round waster with one redeeming feature and one talent. The former is a devotion to his lumbering and mentally-challenged brother Nick; the latter is an ability to lie without hesitation or compunction. The lying takes a while to emerge – but the devotion (however compromised) is in evidence from the first scene, with Connie misguidedly wrenching poor Nick out of a therapy session to help him rob a bank.

The robbery goes pear-shaped, as robberies are wont to do, and Nick is arrested. Due to his disability he has a good chance of getting out on bail, but Connie has to raise an extra $10,000 on top of the money he made from the heist. So begins a long, surreal night that takes Connie on a desperate journey around the neon-lit borough of Queens.

The set-up sounds unoriginal, a contemporary take on Of Mice and Men by way of last year’s Hell or High Water, but any sense of déjà vu soon dissipates. The Safdies give a strong sense that they were making up the plot as they went along, but it’s an impression belied by how they’re always in control of their material. The story only feels this way because Connie himself has a wild improvisatory attitude to life. It’s his audacity and cunning that keeps Good Time from following a familiar path.

The role could so easily have felt like a disguise for Pattinson, a way for the Twilight and Harry Potter actor to gain credibility under a greasy mop of hair and a seedy goatee. But while we’re not the best people to check if his 'Noo Yoikah' accent is credible, the performance of a dishonest man is undeniable and uncomfortable, and so subtle that it takes while to realise Connie is lying to himself – about his motives and his goodness, as well as to other people.

Even after the surprises of the plot are known (we’re not revealing anything here – it’s not about the twists, exactly, but the turns), Good Time will be worth watching again for Pattinson. More than any other actor, he has managed to do away with his former heart-throb status, chopping it up and throwing the pieces into the Hudson.

Everything about this grimy genre flick demonstrates a wicked film-making talent. Thrillers don’t get much better. 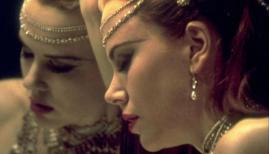 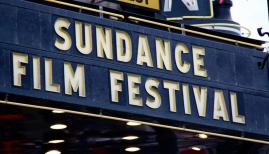