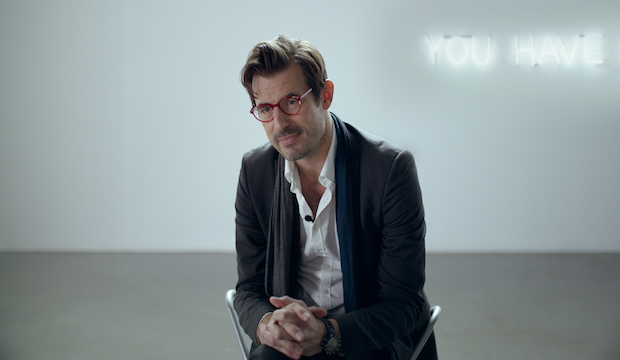 The Square derives its title from an art installation that, within the film, is about to be exhibited in a prestigious Stockholm museum. The curator, Danish immigrant Christian (Claes Bang), has chosen this piece as being representative of a principle of equality, espousing various philosophical quotes without actually knowing what most of them mean (the opening sequence, where Elisabeth Moss’s American journalist quizzes him about a specific statement, is a wonderful exercise in deconstructing pseudo-intellectuals).

The shift occurs when Christian’s mobile phone is stolen, and he goes to somewhat extreme lengths to retrieve it. This triggers a series of increasingly bizarre situations, ranging from miscommunications in the marketing department to museum events being disrupted by (unwittingly) rude visitors or performance artists who go too far when getting into character (a sublimely awkward cameo by Terry Notary, who essays a live-action take on his simian performances in Kong: Skull Island and the recent Planet of the Apes franchise). 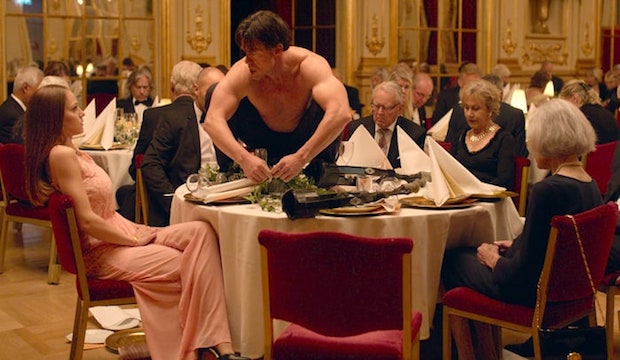 Having previously dealt with the gradual disruption of a family in Force Majeure, Östlund moves on to dissecting an entire society and its contradictions, in a world obsessed with images and political correctness. Increasingly surreal episodes pile up to create a crescendo of weirdness, captured with a stylistic precision that grounds everything in a suitably strange yet believable atmosphere, perhaps best encapsulated in a peculiar art installation that comes with the neon caption 'You have nothing'.

At the centre of it all, Bang imbues Christian (a first name that becomes delightfully ironic in certain stretches of the film) with an endearingly flawed humanity that prevents the story and his character arc from losing its darkly comic soul. Part of the humour, at the expense of his Danishness, may be lost on viewers who aren’t familiar with Scandinavian languages, but overall this is the kind of arthouse offering that should prove immensely satisfying to a wide audience, whether you like modern art or not. 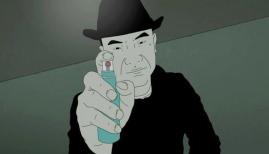 Have A Nice Day + Panel W/Little White Lies, Genesis Cinema
Sign up to CW’s newsletter
By entering my email I agree to the CultureWhisper Privacy Policy (we won`t share data & you can unsubscribe anytime).
2