We interview Sebastián Lelio, director of Gloria and the Oscar-winning A Fantastic Woman, about his chances at the Academy Awards, his influences and city life 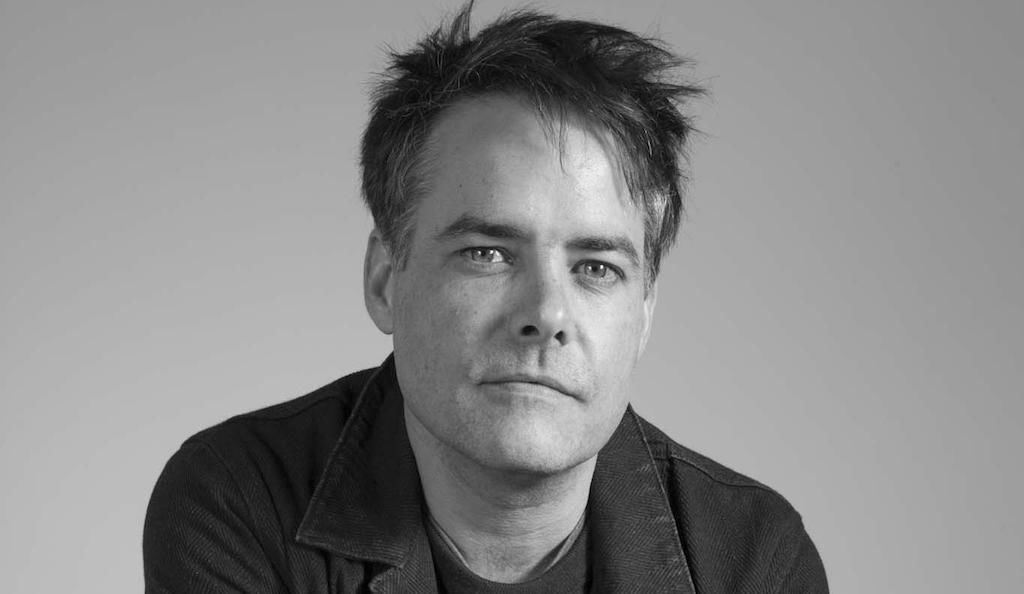 Sebastián Lelio interview
It’s been a rapid rise to international attention for Lelio who only started making feature films a little over a decade ago in his native Chile and has already been tipped as the successor to Spanish director Pedro Almodóvar for his female-centred, sensual and sensitive films. And this year may just be his busiest.

His film Disobedience, starring Rachel Weisz and Rachel McAdams as lovers pitched against North London’s orthodox Jewish community, is coming out this August. That’s swiftly followed by his remake of his own critically acclaimed 2013 film, Gloria, about a 50-something divorcee in the mood for dancing and love, which will star Julianne Moore.

But before all that is the release of A Fantastic Woman. Starring Chilean trans actor Daniela Vega in the lead role, the film is a vivd portrait of a trans woman working as a singer and waitress, and her struggle for recognition and respect after the sudden death of her older businessman lover in modern Chile. The film won Best Foreign Language Film at this year's Academy Awards, the first film of its kind to get such recognition.

In the days before the Oscars ceremony, we sat down with the director to talk about his home city of Berlin, his lead star and those pesky awards.

A Fantastic Woman is up for the Best Foreign Language Film award at the Oscars this year. What would winning mean to you exactly?

Well, I have an attitude towards to these competitions, especially awards, which is ‘one step at a time’. We follow the film wherever the film takes us. I try not to waste too much energy calculating hypothetical scenarios because, you know, there’s too much randomness. Films are not made to compete, so I prefer to stay cautiously at a safe distance. But that does not mean at all that I’m not excited. I’m grateful and I think it’s great news for the film and it’s an indicator that it’s being recognised and that people think it’s an important film and should be seen. And it’ll translate into more people seeing it, which is great.

On the subject of recognition, it’s wonderful that a film on this subject is gaining attention. How much of a statement on transgender rights or LGBTQ rights did you want the film to be?

I wanted to create a polymorphic film which has, hopefully, several sides or faces or dimensions – the political being only one of them. But I didn’t want to stay on that layer. It’s just not interesting enough for me. I mean, we have politics for that. Cinema is an art form and should be a more complex beast. And I’m not a transgender person, I don’t belong to the LGBT community. I am a human being and my connection [with the story] comes from that place. 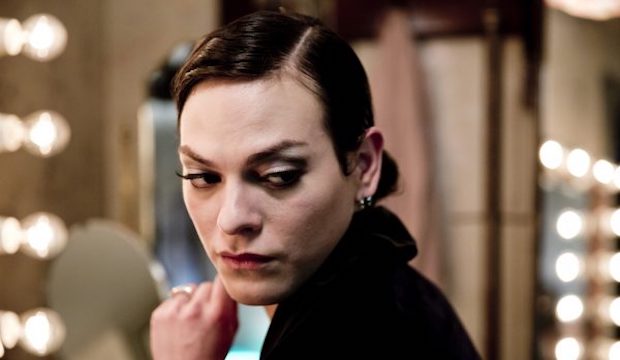 Daniela Vega in A Fantastic Woman

So when did you first come across Daniela Vega?

Very early in the process. I didn’t know if I wanted to make the film. The idea of this [film] just popped up and I felt the need to meet some transgender women. I don’t live in Santiago – I live in Berlin – and so I didn’t have any transgender friends there. So we met Daniela Vega and that was a very important in the process because, after meeting her, I realised I wanted to make the film. And she became sort of a cultural advisor for the project. She shared her experiences and what being a transgender woman had meant for her in Chile and that made its way into the script somehow. It’s not biographical but it has an energy, a certain vibe that came for her. And then I realised I wasn’t going to the film without a transgender actress. And then later on I realised that I was going to make a trans-genre film about a transgender person. And then I realised that I wanted my beloved cultural advisor and friend, Daniela, to be the star. So that’s how organically it happened. It was very gradual and natural. It wasn’t forced.

Your films focus on characters we don’t tend to see on the screen often. What draws you to these people in particular?

Well, maybe, precisely that! The excitement of seeing a film that nobody else is making. It happened to me in a fairly strong way with Gloria. I remember my friends saying to me, 'Who will want to see a film about a lady who just drinks and wants to go out dancing?' And I thought, 'No – this is going to be like my "pop" film'. There was an excitement about picking a character who is somehow on the fringes and putting her in the absolute centre. In a normal film, that character would have been a secondary character but the aim of the film was, 'No – you’re going to be an absolute protagonist!' And it’s the same with A Fantastic Woman. It’s the same kind of gesture. 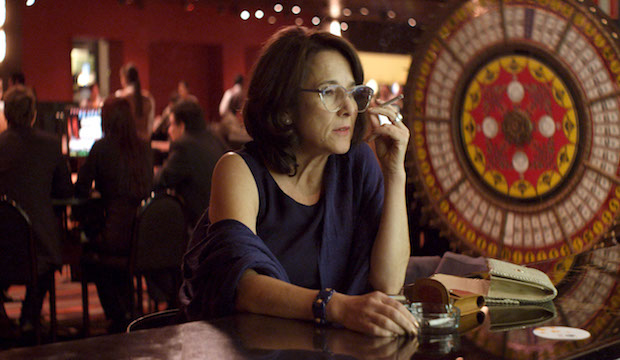 Do you have an influence in particular or anybody you look to who does a similar thing, bringing marginalised characters out of the shadows?

You know, it’s always hard for me to answer that because after a few years you have a ‘pantheon’ [of influences] and I’m very pagan. [Laughs] I don’t know if you’ve seen it but in Latin America people have like little altars where everyone’s is invited – Krishna, Vishnu, Virgin Mary, Jesus…It doesn’t matter! As long as it’s good, it’s welcome. And I feel the same about my influences. And they are not exclusively cinematic. I mean, music has a great influence on my work. And literature and life itself and, of course, cinema. But nowadays, I’m so pagan, I wouldn’t know who to pick.

Well, some people have called you ‘the next Pedro Almodóvar’. Do you welcome the comparison?

[Laughs] Well, of course, I take it as a compliment. I think it’s a little exaggerated. I am someone that has loved many of his films and All About My Mother is one of his films that I deeply love. But in the specific ‘pantheon’ of this movie [A Fantastic Woman] Mr. Almodóvar wasn’t there this time. Strangely enough, we were thinking more about [French director] Louis Malle and his film Ascenseur pour l’échafaud [Lift to the Scaffold (1958)], the one he made with Jeanne Moreau. The way in which he films her is amazing, the way she walks under the rain…So we were visualising that film a lot. And then some things from Buster Keaton, and some things from [Hollywood choreographer] Busby Berkeley and Asian cinema as well. But, yeah, of course, I consider Almodóvar to be a master so I take the comparison with humour and humbleness. 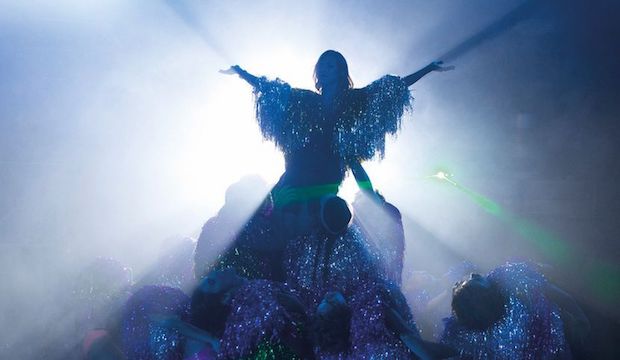 Scene from A Fantastic Woman

When I was sixteen, I made a trip to the USA and I came back knowing that I wanted to be a filmmaker.

Yes. I didn’t even see a film. I just knew it. And then I went to film school in Chile without knowing much, just following my intuition.

Interesting. And how did you end up in Berlin? 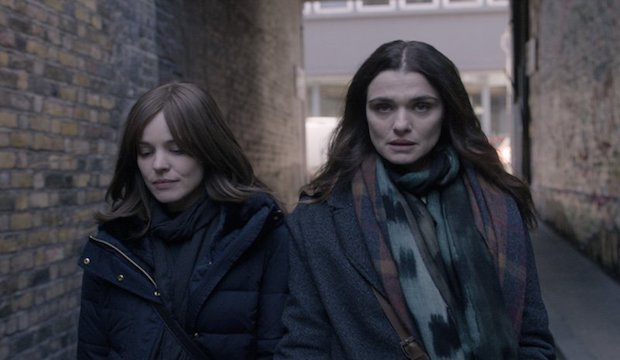 How do you think it compares to London? You filmed some of your next movie Disobedience here…

There’s quite a big artistic community there.

Yes, it’s a very ‘Dada’ [surreal] city. It’s a crazy city. Impossible things happen and coexist. That’s what I like.

Well, I suppose that the character of that city makes its way into A Fantastic Woman.

Oh, yeah! I think the script of A Fantastic Woman has been very influenced by the fact that it was written from Berlin. Because of the coexistence of things that should not be together – the tonalities and the genres…Impossible things are happening.