The most anticipated superhero movie of all time, Black Panther, cast with up-and-coming and established black actors, manages to perfect the Marvel movie mould as well as reinvent it

2 CW readers are interested
Black Panther film review 4 Black Panther film review Hailey Wendling
It was only last year that people were talking about the end of the event movie, the genuine blockbuster; the sort of film you would shamelessly gobble up all the publicity for months in advance and could probably quote from before you had even seen it.

Well, Black Panther, even more than the latest Star Wars instalment, is a film that can genuinely lay claim to reviving those it-film movie-of-the-century feels. It also happens to be an absolute game changer 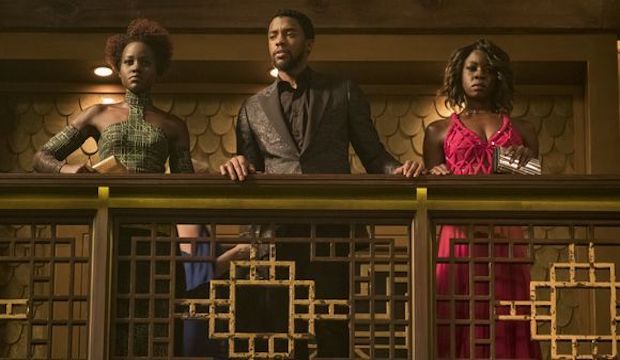 A review of the film is in danger of unspooling into a series of statements starting with ‘finally’. Finally, a blockbuster with a majority black cast. Finally, a superhero movie with some thoughtful and thought-provoking lines. Finally, a vision of Africa that looks to its future rather than its difficult past (and, in many places, present).

Wakanda, the fictional African nation where most of the action takes place, is that future: a largely pacifist city-state of flying vehicles, magnetically suspended monorails and fetching skyscrapers powered by the most powerful resource in the world, vibranium.

After the death of his father, T’Challa (a fresh faced but sensitive and stately Chadwick Boseman) takes over as the new Black Panther –complete with skintight indestructible bodysuit – and king of the utopian nation which has been posing as a stereotypically poverty-stricken country to the outside world in order to protect their valuable vibranium. 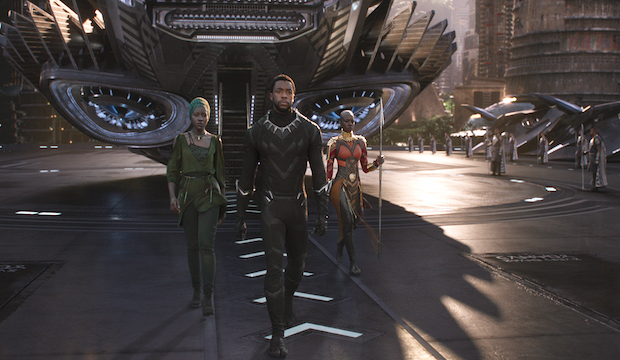 The camouflage hasn’t fooled everyone, however. Ulysses Klaue (Andy Serkis) is on the hunt for more of the precious metal and CIA agent Everett Ross (Martin Freeman) begins to suspect there’s more to the nation than it seems.

T’Challa also has to deal with Erik Killmonger (an imposing Michael B. Jordan), a fellow Wakandan exiled in America, who wants the throne and the chance to summon all of Wakanda’s technological might to build an empire – an obviously problematic ambition.

These adversaries are faced by Wakanda’s finest. There’s T’Challa's sister Shuri (a brilliant Laetitia Wright), the country’s version of Q; and Nakia (a sunny Lupita Nyong’o), one of nation’s international team of spies who gets T’Challa hot under his big-cat collar. 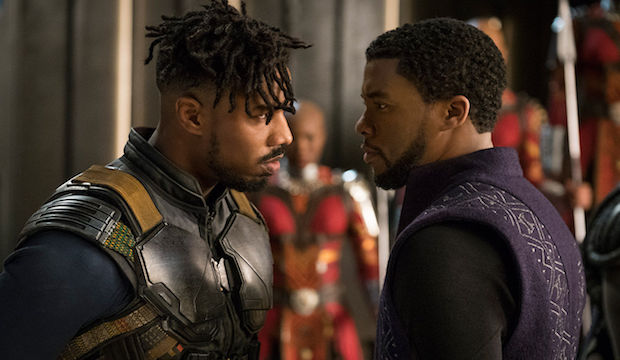 Certain scenes in Black Panther could be out of a James Bond film and there’s a fierce wit that runs throughout whole film which is infectious. What’s more, everyone on screen just seems to be having a good time – even when their characters are not.

Of course, Black Panther is still a Marvel superhero flick and there’s no getting away from the fireworks and fisticuffs which, though enjoyable, tend to choke real the characters’ development. They do have more substance than the regular cinematic superhuman but there’s not really much room for them to grow once they have been coloured in.

Speaking of colour, though, the fact that this film focuses on people of colour and casts them in an unapologetically positive light is a reason to go in itself.

Black Panther is also just a whole lot of fun.

In cinemas this weekend: Justin Kurzel challenges Australian gun laws
Sign up to CW’s newsletter
By entering my email I agree to the CultureWhisper Privacy Policy (we won`t share data & you can unsubscribe anytime).
2