The latest adaption of the R.C. Sheriff World War I play, Journey's End brings lots of bark (and bright British talent) to the screen but not much bite

Journey’s End, the latest (and fourth) adaptation of the famous 1928 play by R.C. Sheriff, manages to shake off any links with that sitcom by providing hardly any comic relief at all.

It’s unrelenting bleakness is perhaps true to the tone of the play, designed to shatter any illusions of selfless sacrifice for King and Country that coaxed many young men to their death in World War I. It makes the film suitably unbearable watching – but not always in the way it wants to be. 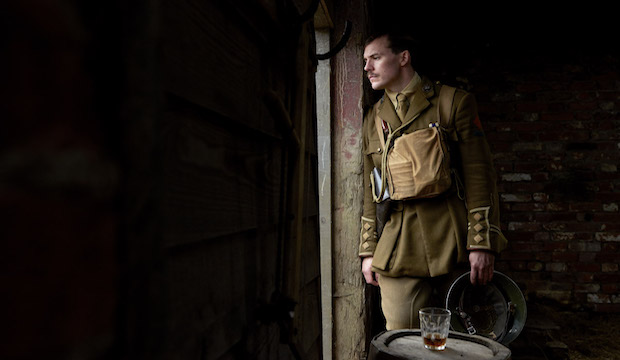 The action is set in the trenches of North France in 1918. Companies of troops are posted to six-day stints on the front lines and we know from the start that our little set of men are going to fall victim to the ‘Spring Offensive’ – the German’s merciless bombardment of the Allied forces months before peace was negotiated.

Led by the mild-mannered and avuncular Lieutenant Osborne (Paul Bettany), the happy-go-lucky Lieutenant Trotter (Stephen Graham), the feckless Lieutenant Hibbert (Tom Sturridge), and – most disastrously of all – the melancholic and alcoholic Captain Stanhope (Sam Claflin), the team spend a few cheerless days awaiting their inevitable doom.

The stakes are raised for Stanhope, though, with the arrival of the hopelessly enthusiastic Second Lieutenant Raleigh (the incredibly baby-faced Asa Butterfield). Stanhope is in a relationship with Raleigh’s sister and is desperate to prevent any news of his sad unravelling getting back to her. 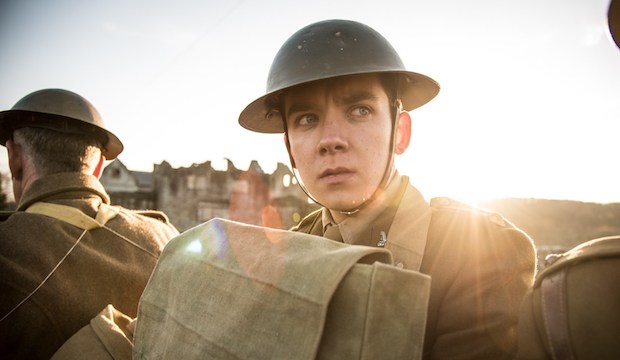 Although the action feels a little too theatrically confined to the one trench, the well-cast central quartet are able, for the most part, to hold our attention. But, like many films operating with a slim timescale with a forgone conclusion – in fact, very much like the recent WWII Churchill biopic Darkest Hour – the greatest task here is in generating enough momentum to carry us along. Journey’s End struggles.

There’s plenty of anger, grief and passion. Verbal missiles and phlegm fly in the big scenes, particularly from Sam Claflin who is clearly relishing his appearance in something a little more heavyweight than Their Finest or Me Before You. Sadly, though, Journey’s End has nothing like real trepidation or unease. Hopeless waiting and resignation might have been these men’s reality but that doesn’t necessarily translate easily to the big screen.

For a real measure of the mundane anxiety of war, you are probably better off referring yourself to last year’s Dunkirk.