Early Man is a prehistoric, claymation Cool Runnings from the creators of Wallace and Gromit

Our story begins in a pastoral valley, where a tribe of peaceful cavepeople live harmoniously with nature. Their idyllic existence is soon interrupted, however, by the arrival of an industrialized civilisation riding mammoths decked out in a manner similar to the war elephants in Lord of the Rings.

The age of Stone is over, the Bronze Age has been going on for quite some time now; indicated by the Bronzer’s bustling metropolis, advanced technology, and football-worshipping society. Our prehistoric protagonists find themselves facing a lifetime in the mines at the mercy of the pompous Lord Nooth (Tom Hiddleson).

Dug (played by Eddie Redmayne), is an optimistic, overbitten caveteenager who challenges the Champions football team to a match. With the help of merchant-turned-coach Goona (Maisie Williams), the ragtag group of merry misfits must learn how to play the beautiful game. Thus begins the greatest sporting event in cinematic history since Cool Runnings.

The intricate visual jokes and profound attention to detail that characterizes the studio’s visual humour are distilled to a rapturous simplicity in Early Man. Animal companions include Hobnob the hog and a giant, fanged duck. Resourcefulness replaces Wallace's complex inventions with situational ironies like an electric beetle razor. There’s lots of room for the creatives' imaginations to run wild here.

Recent animated features have a hyper-realistic feel, but Early Man celebrates the joy of palpable textures and materials. From the lush foliage to the luscious locks of football players flowing in the wind, there is something truly fantastical about watching the plasticine landscape come to life. 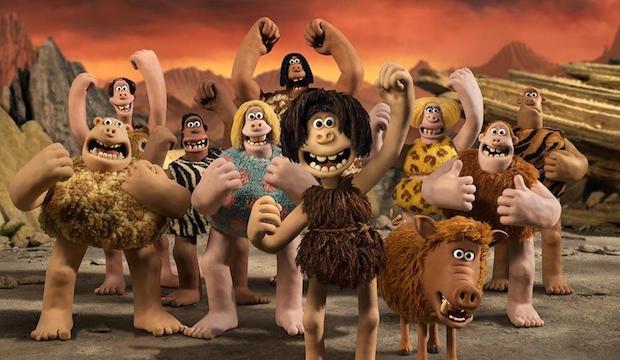 The studio began work on the film before Brexit, but the rivalry between the Stone and Bronze Ages have drawn Brexit parallels nonetheless. Early Man could easily have become an over-the-top political satire, but feels more like a quaint British fable on the significance of acceptance. Even Tom Hiddleston's preposterously overblown French accent is hilarious.

A timeless tale of legendary teamwork with gorgeous visuals and gags galore, Early Man will never get old.

Best things to do with kids in London: July edition
Sign up to CW’s newsletter
By entering my email I agree to the CultureWhisper Privacy Policy (we won`t share data & you can unsubscribe anytime).
1