The latest instalment in the wizarding world heads to Paris – Fantastic Beasts: The Crimes of Grindelwald tackles a bigger war with deeper emotional impact

As the title suggests, the location of the magical creatures has been dropped from the first film. The story of Crimes is less concerned with any kind of treasure hunt after weird and wonderful animals (even if a pack of furry gold-digging Nifflers does provide momentary relief), now focusing instead on the somber clouds of a war that will continue to brew for three more sequels to come.

Darkness takes on the light, as Grindelwald escapes his imprisonment in Paris and assembles his followers in the hope of elevating pure-blood wizards and witches above the existence of non-magical beings. It sounds like a particularly traumatic slice of 20th century history repeating itself, but where beasts of a fantastic nature call, the bumbling, soft but sturdy magizoologist Newt Scamander (Eddie Redmayne) shall always answer. Newt is the designated good guy, less of a Chosen One by destiny like the Boy Who Lived once was, but a young Albus Dumbledore (Jude Law) connects the dots of good and evil by enlisting Newt, his former student, to stop Grindelwald before it’s too late. 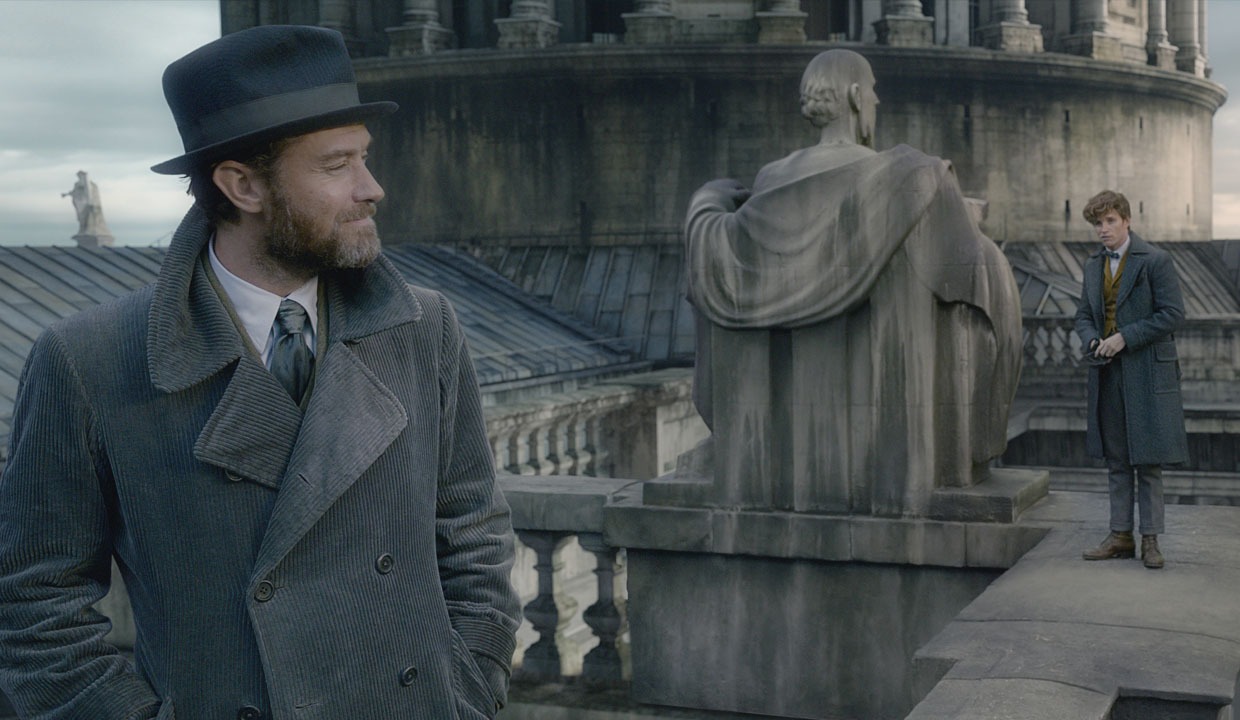 ‘Why do strange creatures love you so much?’ asks Leta Lestrange, teased in faded photographs in the first film, delicately enlivened by actor Zoë Kravitz. Once Newt’s childhood sweetheart, now engaged to his brother, the powerful Auror Theseus Scamander (Callum Scott), Leta brings further complications to the emotional concerns the film wrestles with.

If this love triangle wasn’t enough, Newt is still thinking about Tina Goldstein (Katherine Waterston), the American witch who helped him find both the creatures from his suitcase which had escaped in New York City, and the mysterious orphan Credence Barebone (Ezra Miller) who harbours the power that everyone wants. Credence is on the run in search of his identity with his friend Nagini (Claudia Kim), a Maledictus who understands how it feels to not know, or like, who you really are. And let’s not forget Tina’s sister Queenie (Alison Sudol) and her forbidden relationship with No-Maj Jacob Kowalski (Dan Fogler), adding yet another layer to the political subtext of Grindelwald’s mission to purify the wizarding world.

To break it down simply: The Crimes of Grindelwald is a story of good against evil, a story of lost identities and marginalised loneliness, and a story of nagging crushes and romantic loyalties. The film takes a sharp left turn from its predecessor, losing the frivolity and, well, logic, in favour of a heavyweight ensemble picking at each other’s emotional weaknesses within a realm of menacing forces and meteoric special effects. 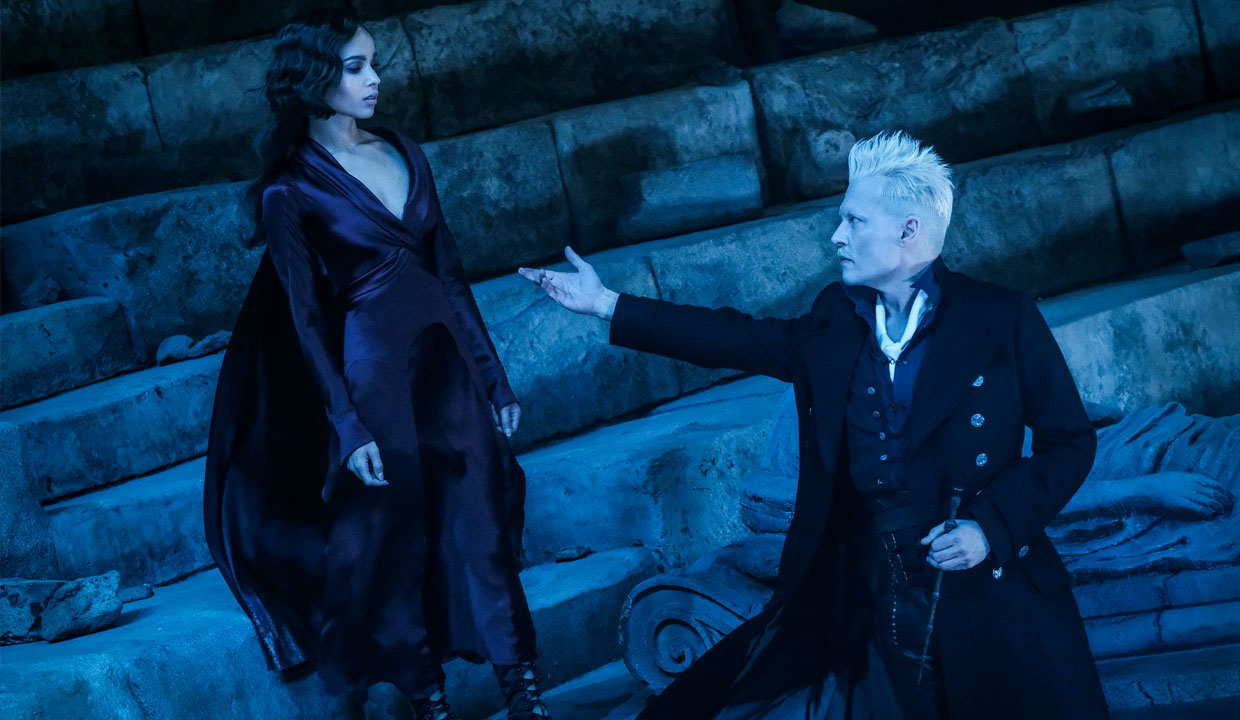 It’s surprising how seriously the love lives of these magical beings are taken. Cinematographer Philippe Rousselot (a frequent Tim Burton collaborator) frames every beautiful face with solemn clarity, letting everyone gaze directly into the camera in a way that brings to mind the work of Barry Jenkins and his intent compassion in Moonlight and If Beale Street Could Talk. Newt and Tina are given a romantic piano motif that waltzes in and out of their moments together like a lost relative of La La Land, and Queenie anchors the dated image of a ditzy blonde with heartbreaking desperation.

But where this world has gained in emotional credibility, the verisimilitude of its existence within the universe that fans of the Harry Potter stories remain loyal to just doesn't stand up. A smattering of Easter eggs brings Potterheads closer to these new stories, with winks to iconic characters and sparkling stones, but plot holes and impossible birth dates prevent the story from being plausible at all.

It is then up to the viewer to answer endless questions to understand their relationship with the film. Should we forgive JK Rowling for writing a story that denies the sprawling family tree eagle-eyed devotees have rested on for so long? Must we accept the improbability of Newt as a hero without much of a destiny, just because Dumbledore says so? Can we patiently sit while his own sexuality still remains brushed under the carpet? Who is responsible for the upset that such controversial casting has caused, and how does one reckon with the oscillating trust and fear that Grindelwald now inspires beyond the screen?

Nagini tells Credence of his identity: 'he knows what you were born, not who you are'. This rings true for each viewer's ties to the Potter franchise, the Fantastic Beasts franchise, the reputation of the actors we love and the expectations for the characters we need. In the reconciliation of what we know and what we are given, there's magic to be found. Just as long as you remember to tread carefully.

Based on a true story: movies and biopics coming soon
Sign up to CW’s newsletter
By entering my email I agree to the CultureWhisper Privacy Policy (we won`t share data & you can unsubscribe anytime).
3