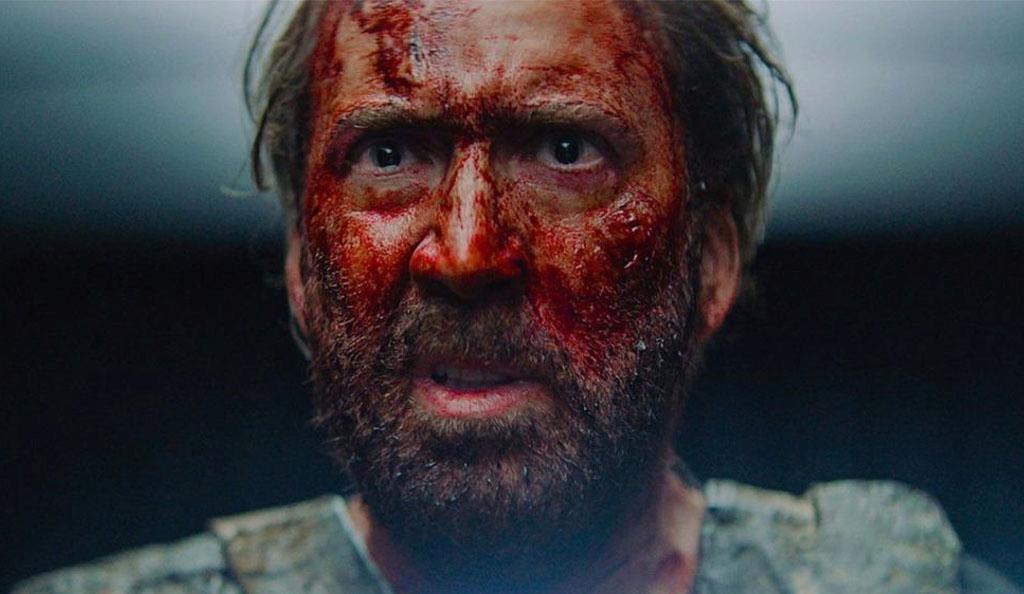 Panos Cosmatos on Nicolas Cage in Mandy: 'he loves crazy, psychotronic films'
The weather on the French Riviera had become a little British. For at least a week, a steady invasion of clouds off the coast of Cannes had been turning the sky’s charming azure a more forbidding zinc. By the time we sat down to our interview with Panos Cosmatos, the Italian-Canadian director of 2010’s Beyond the Black Rainbow and now Mandy, the whole scene was coloured an oppressive shade of grey. And then, almost as soon as he began to let us in on his latest film, the heavens opened.

It is, weirdly, the ideal backdrop and buildup to a talk about Mandy. The first part of the surprisingly thoughtful action-horror stretches the definition of ‘slow-burner’, while the entire second act seems to unfold in one dramatic downpour. The film itself has been a long time coming, appearing eight years after Cosmatos' debut. Much like his first film, which follows a young girl’s escape from a remote commune, his latest 'takes place in a sort of mythical 1983' and is all about 'the birth of a goddess', he claims. But, although saturated with natural and supernatural elements, Mandy is basically about 'a purely cinematic act': revenge.

Burdened with the act is Nicolas Cage, who manages both to destroy and establish his place as a cinematic icon with this larger-than-life performance. He takes on the role of the aptly named Red Miller, a forester living on California’s shady mountainous edge with the titular Mandy, a visionary illustrator played by Andrea Riseborough. After she is abducted and killed by a cult of warped hippies, Miller spends his time grinding the perpetrators to a pulp with the aid of a mythological scimitar and other weapons. 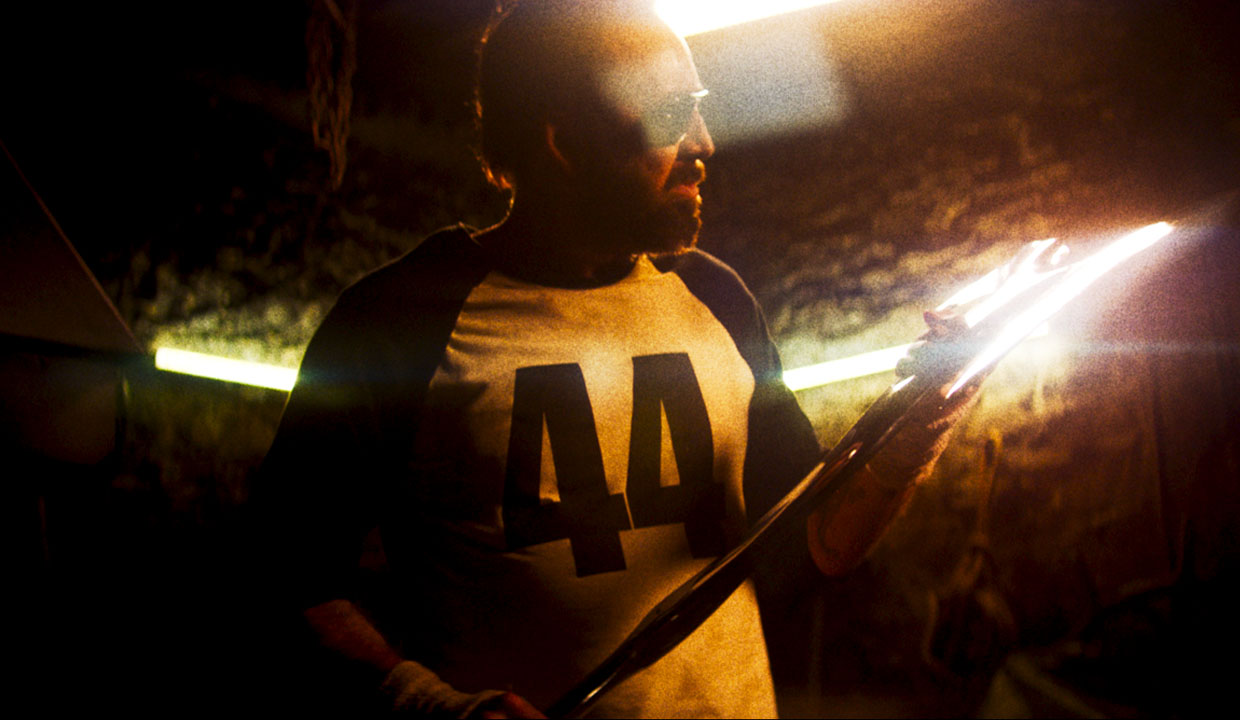 He's no stranger to larger-than-life performances, but you won't forget Nicolas Cage in Mandy

The movie could have easily been bogged down by its more macabre moments if weren’t so clear that Cage is having so much (quite literally) bloody fun. Cosmatos reckons the action-thriller denizen enjoyed the experience of being let out of his, well, cage. 'He loves crazy, psychotronic, phantasmagorical films. It’s rare that he gets to make something like that, but I feel like this movie perfectly aligned with his personality, so creatively we were on the same page from the get-go'.

It seems Cosmatos was keen to loosen up a little as well, largely by going back to his first principle. 'To me, movies are pleasure, even the darkest movie. The kind of stuff I’m interested in making has dark elements to it, but I also feel like pleasure is a really, really important part of film'. He adds, though, that he is also a bit of a 'pleasure delayer'. That pleasure seemed delayed almost indefinitely in Black Rainbow, but in Mandy, all the excruciation gives way to a certain sense of schadenfreude, much like seeing people get caught in the rain. 'On this film, I made a conscious effort to turn the volume up on the humour a bit more, so it wouldn’t become a funeral dirge', he reveals, bursting into one of his many gleeful (and very infectious) laughs.

Despite the lack of solemnity, the death of Mandy early on does mean she is conspicuously absent for most of the film. Does the film suffer from the ‘Women in Refrigerators’ syndrome, where female characters have to be assaulted, maimed and/or murdered to provide motivation for the men? 'It is a concern of mine', Cosmatos admits, 'but I was trying to do something very specific with this story and, to me, Mandy is like the soul of the film and that was sort of the concept from the very beginning'.

Apparently, Riseborough was also the director’s first choice for the part. He particularly admired her work in galactic blockbuster, Oblivion, and National Treasure (the 2016 Channel 4 series, not the 2004 adventure film featuring Cage). 'I thought that she was just amazing and her range is so incredible, she’s a real chameleon. I just thought she had the right energy and feel for Mandy'. 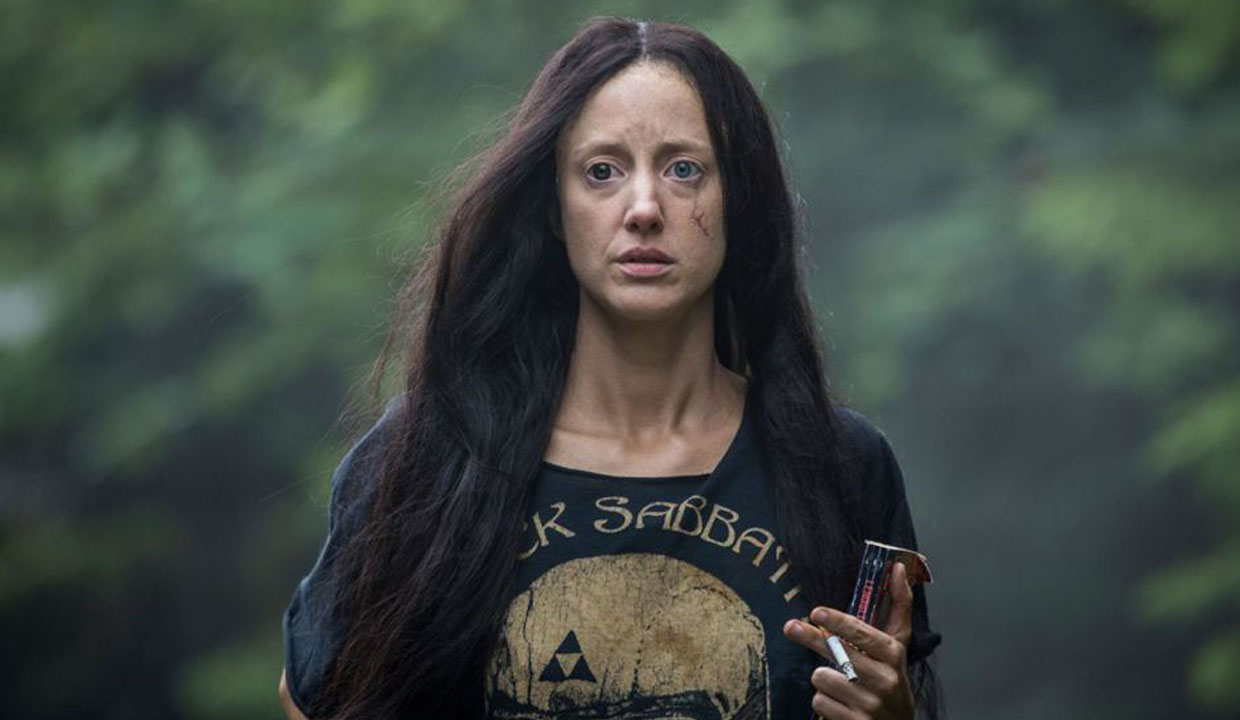 The director took his initial cue, though, from his mother, the Swedish sculptor Brigitta Ljungberg – 'one of the most creative people that I’ll ever know' – who passed away in 1997 and whose artistic spirit clearly infuses the film. Naturally, hovering over the film, too, is his father, the director George P. Cosmatos, best known for a couple of Sylvester Stallone-led action films and a much-admired Western, Tombstone – the first major production that Cosmatos worked on.

The 44-year old director has found himself harking back to his younger years recently, attempting to 'tap into a more juvenile state of mind' during his writing process. He describes Mandy as 'essentially a fantasy barbarian film', in the vein of the ‘sword and sorcery’ movies which were popular when he was growing up. Cosmatos’ own thick waxy beard and dark brooding eyes make him look as if he has just walked off one of their sets.

But although the film seems destined for cult classic status and its aesthetic is bound to induce a bout of nostalgia for anyone who lived through the era of VHS, Cosmatos didn’t want to be too deliberate about these references. 'I don’t want to be too aware of what I’m doing, in a way, but prefer to set up all these pieces and all these colours and then sort of see how they form and begin to blend with each other. That’s a part of the joy of making a film for me'.

Even the more timely aspects seem to have come to the director by accident rather than design. It is hard not to call to mind what is happening on the world stage when watching Cage’s outrageous machismo or that of his archenemy, Jeremiah Sand, the egomaniac running the cult. 'These sort of absurd monstrous male egos [have] always been very interesting to me', he says. 'I didn’t actually try to bring anything of that to the forefront because it was happening in the real world'.

As usual with this director, the real inspiration he reveals is much more down-to-earth and much more fantastic – and worth hearing in full. 'When I was a kid, we lived in a bungalow complex in Guadalajara and one of our neighbours was a plain clothes policeman who looked like a seventies Dirty Harry or something. He had slicked back hair, he rode a Harley and [had] a chrome-plated magnum. One evening, I was sitting on the grass in front of our bungalow and he came burning around the corner and there was a storm brewing with all these dark clouds rolling in and lightning. And he drove right towards me, peeled out right in front of me and looked down through these weird shades while lightning was literally striking on the gravel and burning it off. I think that was what I had in mind when I wrote Red Miller', he laughs. You couldn’t make it up. Well, perhaps Panos Cosmatos can. 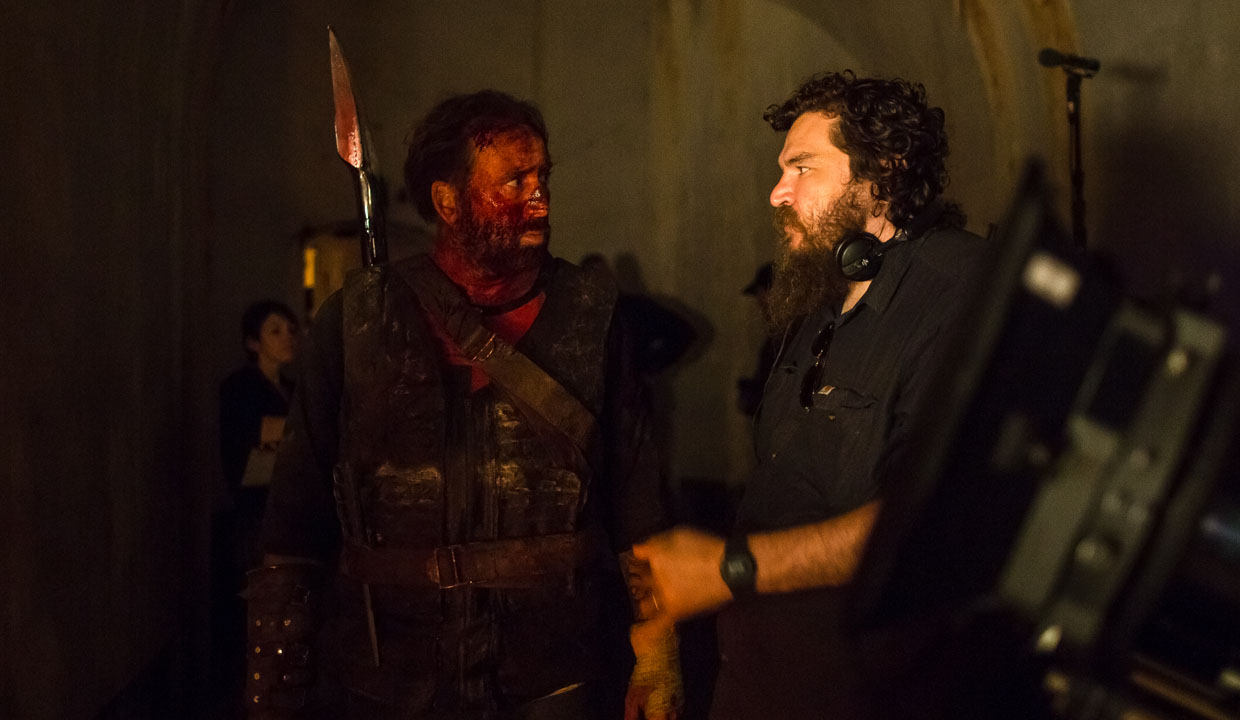 Mandy is out in UK cinemas now, and out on Blu-Ray® DVD and Digital Download October 29.