Iranian-American Brooklynite Desiree Akhavan is back with her passionate film The Miseducation of Cameron Post. Akhavan tells CW about teenagehood, London, and how to reckon past admiring men with power 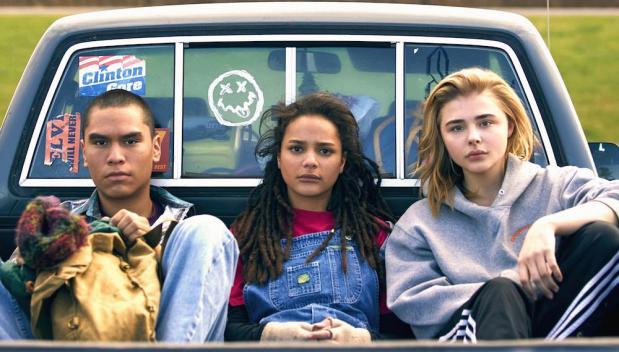 Desiree Akhavan interview: The Miseducation of Cameron Post and reckoning past men with power
Since her outstanding debut Appropriate Behaviour in 2015, filmmaker Desiree Akhavan has been busy. A self-described bull in a china shop, the Iranian-American Brooklynite has always been inspiring and vocal about who, what and how she loves. For her second film, things have stepped up a notch: adapting Emily M. Danforth's fan favourite novel The Miseducation of Cameron Post, Akhavan took Sundance Film Festival by storm last January and won the Grand Jury Prize, the festival's highest honour. She now shows no signs of slowing down; a force of nature with passion brimming through her personal politics into her important art, she shares her fascinating insights across the board. Akhavan tells CW about filmmaking, difficult teenagehood and coming to terms with loving men with power.

Culture Whisper: How did you decide to adapt Emily Danforth’s novel?

Desiree Akhavan: I read the book in 2012 with my girlfriend at the time and we loved it. We had never read a coming of age story that felt so honest, particularly with the ideas of female desire and friendship. So it was always in the back of my head and then after I made my first film [Appropriate Behaviour], I started talking about it and my producing partner [Cecilia Frugiuele] loved it, and so we built it. We tried to get people on board every step of the way, but no one was biting. No one saw what we saw. So we blindly pushed forward, it was a real hustle every step of the way. It’s a real shock to me that this very tiny handmade-in-my-best-friend’s-living-room project ended up having a wide reach.

Why do you think people weren’t biting at first?

I don’t think it’s like anything else, and that was a hard sell. A lot of times when you read scripts, it’s like 'Working Girl meets Jurassic Park'! It’s all these things you’ve seen before and I wanted to make a film that was breaking new territory. So there was no commercial thing I could point to and say, 'I’ll deliver that'.

It’s great to see a recent slate of films offering more similar stories, Cameron Post now seems to fit. The coming of age of a young girl looks like Lady Bird, and the specifics of feeling disgusted in yourself as a teenager, that comes across in Bo Burnham’s Eighth Grade.

I love those films and it’s true, I’m starting to see more things pop up that feel more resonant to me. 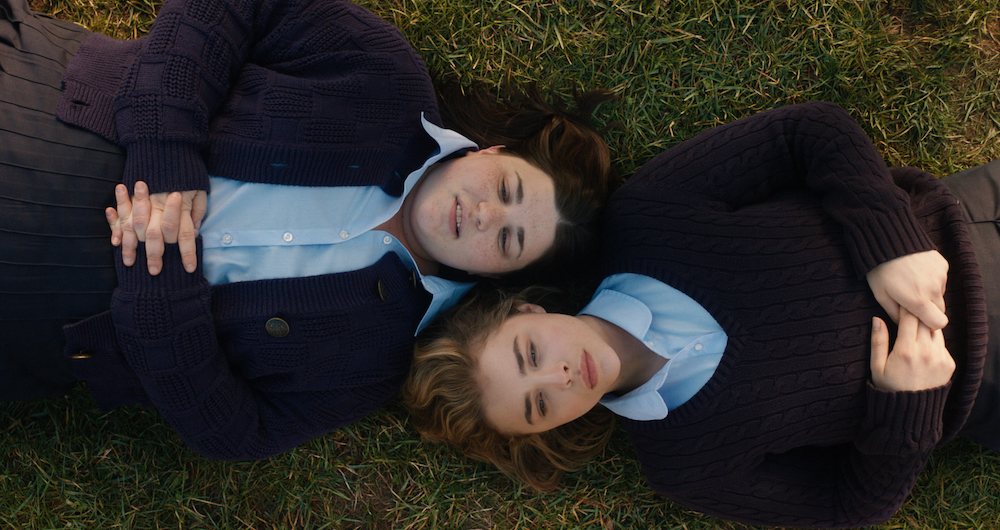 How was it working on a script that was already a story from the novel, in comparison to your semi-autobiographical debut?

I thought it would be a lot easier to work based on a book and it turned out to be incredibly hard. The thing you love in prose doesn’t always translate to the screen literally, you have to take your own sideways journey to it.

All the characters at the gay conversion camp, God’s Promise, have such a strong agenda without seeming like cartoonish villains. Did they change a lot from the book?

We just added backstory. We didn’t change them, but we tried to fill in some blanks. Rick’s ping-pong scene and his story of being caught at a gay bar weren’t in the book, but I wanted to know more about him, and there was already that depth there. In the book I loved Helen, I loved Erin and I loved Rick, but I didn’t really know that much about them. So we ended up fabricating a lot of details based on ex-gays we found who were very public in their advocating for gay conversion therapy. So we looked at their stories, asking how we could pay respect to them and make them feel like fully three-dimensional human beings.

We’d never known anything about gay conversion therapy at all.

I hadn’t heard of it either! I didn’t think it was real, and it was only when I got into the research that I realised it was a movement.

We love how a lot of young people now feel seen with this film, and a lot of critics are spreading the word. But then other people who aren’t necessarily in the same circles don’t know anything about the movement at all. How do you go about trying to not preach to the choir?

Do you think the feeling of being diseased goes away after teenagehood?

I think it comes and goes. I think there’s a little voice in your head, and the volume goes high and sometimes it goes low, depending on how much stress you’re under. 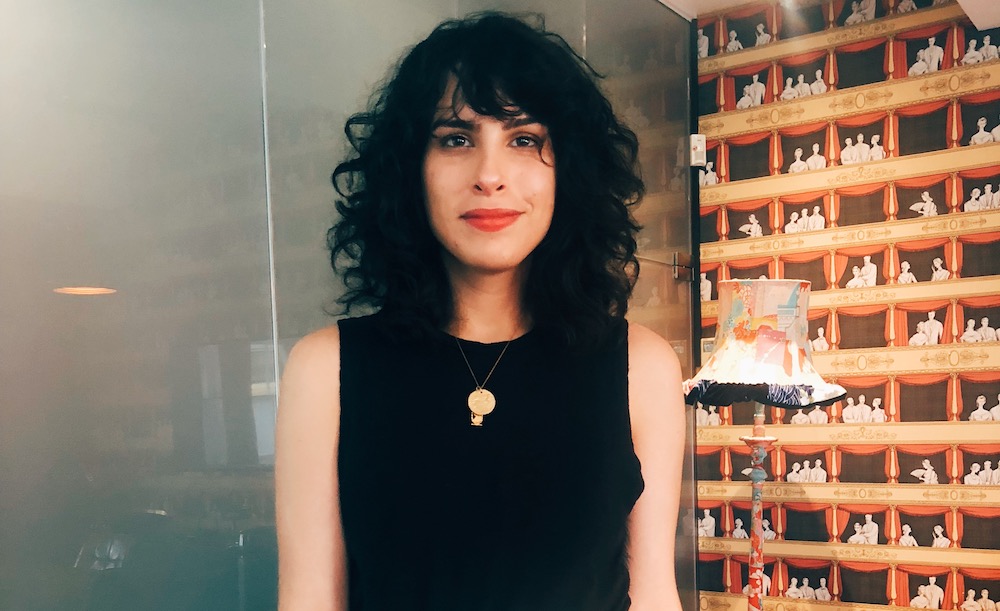 As much as Appropriate Behaviour captures that same feeling of honesty and teenagehood, even though it’s more towards the end of that age bracket, the film also brings New York to life as a character contributing to Shirin’s emotional experience. You now live in London, how do you find being between the two cities?

Cities are cities, because of globalisation now they’re all watering down into one series of H&Ms and Zaras. But I like London, and it’s changing. It’s my fourth year now so I’m starting to notice things. It feels a little slower, a little calmer. I also try to not hit the trains at rush hour.

Only get the overground, never the tube.

Always overground! My life here feels quieter. London is a larger city, there’s not the same kind of potential for spontaneity that you feel in New York City. I did a day in Brighton and I think to be a lesbian in Brighton sounds awesome. You can just meet up and be anywhere in five minutes. London requires a lot of planning! But at the same time, there’s always some special things happening.

When you go to see someone play at the Moth Club, when you go to a pop-up anything, when you see an art show – there’s a weirdness to it, and a specificity that I wasn’t seeing in New York. I think people love the weird here. I think my sense of humour fits in better, I’ve always felt more at home here than I did in New York. I always felt like an outsider there and for some weird reason I always feel in on the joke in London. But the longer I’m here, the more I’m also noticing that I offend people. I didn’t realise it before because they were being polite, and now I can really read the politeness and I’m like, oh you’re pissed off!

But everyone gets offended in London!

The passive aggressiveness is starting to take its toll. Before I was just blind to it and now I’m like, 'oh god I can read your frustration'. So that is hard, being such a loud person in such a quiet space, where people need to be friendly and polite even though they’re uncomfortable. I love living here, but working here has presented me with a lot of complications. Either I need to change, or the people who choose to work with me need to understand that I’m a bull in a china shop. I mean well! But I take up more space than you.

But if your voice feels more at home in London then it must be the right place to be.

People accept authenticity here. In America there is an allergy to authenticity. People like what they’ve seen before, a reinterpretation of something I’ve seen forty times. In the UK, I feel like people know that’s bullshit. People like their mainstream things to be really slapstick in an adorable way, and I won’t make it but for example, Benny Hill? It makes total sense to me why he did well here. People in this country like a really heavy coating of silliness, which I think is great, and also like intelligence which is great. So if either you’re intelligent or you’re silly, you’ll be fine.

Has moving to London changed the projects you want to work on?

My writing and producing partner lives here, so moving to London enabled me to actually stay true to the projects I want to work on. That doesn’t change. Where I’ll be able to do it? That depends on the industry. Cecilia will always be here, so I’ll always be linked to London and we’ll always work together. I think the things that turn you on as a maker are hard to change.

We spoke to you back in 2015 about those very things – films you are inspired by and directors you like. You mentioned Annie Hall as an inspiration for Appropriate Behaviour. In the last couple of years, these answers have changed for a lot of people. Have yours?

I loved Annie Hall but that was a different time in my life. I don’t watch it anymore, I’ve overdosed on it. I think you go through phases, as it was such a big influence on Appropriate Behaviour, and then for this film Lynne Ramsay was a big influence. I also really love Lisa Kudrow, Tracy Ullman and I’ve always loved Catherine Breillat’s work, Fat Girl is one of my all-time favourite films. Right now I’m influenced by a lot of comedy, Mel Brooks makes me want to make more comedy.

But I think we’ve all inherited a male gaze. I love Louis CK. Or I loved Louis CK. I don’t know how my feelings have changed, I wish he would acknowledge the dialogue around what he did, I think it’s bullshit that he’s not talking about it. It’s a manifestation of deep self-hate, and that’s what I’m most fascinated by with him. I was such a huge fan and the stories line up so well with his insecurity. I want more of a dialogue with that. I’m far more interested in him examining what it is that made him feel capable of doing what he did. I don’t need him to be telling jokes now. The problem is that it’s not just sex, it’s morals. When people get power, they steal in all kinds of ways. Just because someone is written about or has some form of money, it's not an excuse to treat other people less than them.

It’s a problem that there aren’t more female-driven projects that I can point to and say 'I’m inspired by her'. All I have are men with power, and men with power are the ones who end up being rapey because they can be, because they’re in a position to think 'no' means 'yes' and that they get whatever they want. I’m excited to fill in that gap and to pave space.

The Miseducation of Cameron Post is out in UK cinemas on Friday 7 September.