From Saint Maud to Squid Game, here's a list of the best horror movies and TV shows to stream this Halloween on Netflix and Amazon Prime Video 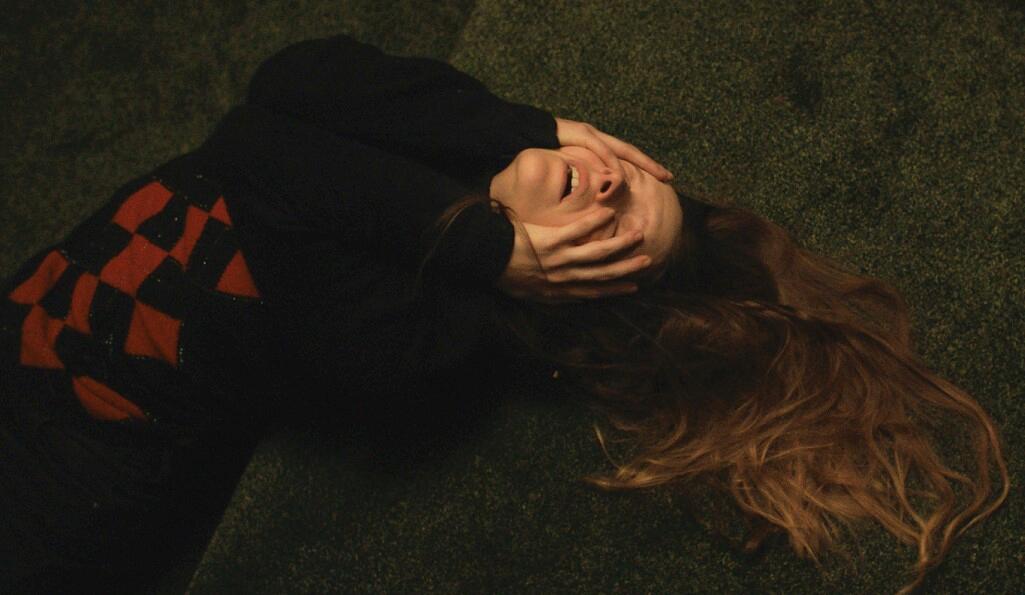 This series from horror director Mike Flanagan gripped, saddened and terrified millions of binge-watchers. Based on the novel by Shirley Jackson, The Haunting of Hill House follows a dysfunctional family recovering from the memories of a haunted house they lived in as children. Thinking they've left Hill House behind, a tragic event draws them back…

The Haunting of Bly Manor (Netflix)

Mike Flanagan set a precedent with The Haunting of Hill House. The Haunting of Bly Manor, based on Henry James’ classic novella The Turn of the Screw, plunges into similarly human territory while providing all the necessary chills of a ghost story.

Moving the original story from 1898 to 1987, the unsociable Henry Windgrave (Henry Thomas) needs to hire an au pair to look after his niece (Amelie Smith) and nephew (Benjamin Evan Ainsworth) at the large, ominous Bly Manor. Dani Clayton (Victoria Pedretti) seizes the opportunity, warming to the kids quite quickly and getting on with the rest of the staff. But an evil lurks inside the manor, chiefly the spectre of Dani’s drowned predecessor Miss Jessel (Tahirah Sharif).

Completing a ghostly trilogy of haunting TV dramas, Flanagan re-emerged this year with Midnight Mass. But it's not a haunted house this time – it's a haunted island.

Set on the isolated Crockett Island, which houses a tight-knit community with strong religious ties, the ex-convict Riley (Zach Gilford) returns to where he grew up. He sees the island has changed, the people have aged, but many things have stayed the same. The already-existing divisions in the community are exacerbated by seemingly supernatural events, coinciding with the arrival of a new priest (Hamish Linklater).

One of the stand-out movies of 2020, Saint Maud often feels less like a horror film and more like an intense social drama. Following the solitudinous Maud (Morfyyd Clarke), a private carer who’s recently converted to Christianity, writer/director Rose Glass examines the dark sides of loneliness and religious hysteria. When she starts to look after an ex-dancer with cancer, Maud begins a journey that spirals from spiritual enlightenment to devilish fury.

The best horror movies feel ripped out of tangled nightmares; every scream and tear and fear rips you open, leaving you in shreds by the end. Although Hereditary was only made in 2018, writer/director Ari Aster secured himself in horror cinema with his chilling, upsetting, and gloriously dark debut.

Mixing together a surreal ghost story with a psychological family drama, Hereditary follows the miniaturist Annie (Toni Collette at the height of her career) as she grieves the loss of her mother. But her mother was into some very strange, occult material before she died, and a piece of her still latches onto the family’s lives. Aster shows how scary grief can be.

Folk-horror movies are among the most frightening: perfectly capturing the anxiety of entrapment. Ari Aster's second film takes that to a whole new level.

Midsommar follows a band of pretentious PhD students researching an isolated Swedish commune. Christian (Jack Reynor) brings his grief-stricken girlfriend Dani (Florence Pugh), almost out of guilt. Their relationship is falling apart, but something worse is afoot. The practices of this commune are soaked in more blood than expected.

Yes, the premise is ridiculous. Yes, it’s become even more ridiculous with sequels and prequels and TV spin-offs. But the first film in the supremely popular Purge series still stands as a great horror-thriller, offering a dark, allegorical take on violence in America. It’s a fundamental modern slasher movie with a clever edge.

Never has a sexy attempt to spice up a marriage ended in such lethal consequences. Jessie (Carla Gugino) is handcuffed to the bed by her husband in a middle-of-nowhere house. He suddenly has a heart attack and she’s left to fend for herself, spending hours without food or water and delving into her own dark psyche.

Although we live in a time of infinite remakes, it’s always worth elevating the good ones – particularly if they’re better than the original.

The 1974 Suspiria is a classic from the Italian giallo filmmaker Dario Argento, following a new student of a Berlin dance academy. A dance academy that’s actually a front for a coven of witches. But Call Me By Your Name director Luca Guadagnino re-energises that premise with a layer of intelligence in his 2018 remake. He embraces the postwar psychologies of the time with a hallucinogenic, terrifying style.

Shaun of the Dead (Netflix)

Despite the hilarious tone, Edgar Wright’s breakthrough zombie movie is no less horrifying. Splattered with buckets of blood and bags of flesh, Shaun of the Dead isn’t light on gore and fear. One scene in particular mirrors the famous intestine-eating scene from George A Romero’s Dawn of the Dead, and even trumps it.

Is your heart is empty since Game of Thrones finished? Kingdom could provide your medieval fantasy fix. This K-drama adopts the same ruthless politics, this time in 16th-century Korea, but with a scarier horde of horrific zombies to contend with.

The King has recently eloped with the daughter of a neighbouring clan, and their unborn son will be next in line to the throne. But the rightful heir, the Crown Prince Lee Chang (Ju Ji-Hoon), is being shunned as a result – making him want to build his own uprising with the peasant class, who are hated by the aristocratic nobles. Then the political divide is thrown into extreme circumstances, as a mysterious disease raises the dead and turns them into cannibals.

Charlie Kaufman is the master of stretching viewers’ minds into taffy, ever since Being John Malkovich in 1999. He combines absorbing surrealism with deep philosophical concepts that penetrate the soul.

His film I’m Thinking of Ending Things is more unnerving than his previous projects; it's his version of a horror movie. The story captures the doubts and anxieties of a nervous woman meeting her boyfriend’s parents for the first time. And the parents are… strange, to say the least. Kaufman takes a simple concept, usually reserved for rom-coms, and fills it with scary questions about one’s self and place in the world.

If you haven’t seen Stranger Things, what are you even doing here? This nostalgic horror/sci-fi series was released in 2016 and has since become the most popular Netflix Original, capturing the atmosphere of 80s cinema but with a modern sheen.

Following a group of teens in the troubled town of Hawkins, Indiana, a number of weird and twisted creatures emerge from an inter-dimensional crack. Inspired by Steven Spielberg, John Carpenter and Stephen King (among countless others), this series will entertain as much as shake you.

Like most of the projects created by the fruitful Ryan Murphy (Hollywood, The Politician, American Horror Story), Ratched has an explosively colourful intrigue about it. He twists the classic Milos Forman film into a sexy and surgical world, laid with a heavy Bernard Hermann-inspired soundtrack – resembling the Hitchcock movies of the 40s.

Arriving in northern California in 1947, Mildred Ratched (Sarah Paulson) seeks employment at a prestigious psychiatric facility, where new and dodgy experiments are being conducted on the human mind. She enters the system and rises inside it. The series also stars Sharon Stone, Judy Davis, Sophie Okonedo and Vincent D’Onofrio.

‘What’s your favourite scary movie?’, they ask. This is a favourite for film-school students, as it brilliantly breaks down the horror genre in a way that later deconstructive pieces (like Cabin in the Woods) would only dream of. Wes Craven’s entrance into the 90s is scary, funny, and cuttingly clever.

It’s hard to think of another serial-killer movie that captures the strain of passing time. David Fincher’s 2007 journo-drama, among the best ever made, broke out of the gory expectations created by his earlier film Seven and proceeds from a more intelligent perspective. Zodiac foreshadows Fincher's future like the yellow-tinged procedural drama of The Social Network and the gruesome analyses in his Netflix series Mindhunter.

The Zodiac Killer was a serial murderer operating in the late 60s and early 70s, who might have killed over 20 people. He sent coded messages to various news outlets in San Francisco, and remains on the loose. Zodiac follows the efforts of cartoonist Robert Graysmith (Jake Gyllenhaal), who embarks on his own private, off-the-books investigation into the Killer. Tension and dread rise from the realisation that Zodiac, like many serial killers, never gets caught.

Based on the controversial novel by Bret Easton Ellis, American Psycho follows New York investment banker Patrick Bateman (Christian Bale) who moonlights as a serial killer. Given such cinematic force and humour by director Mary Harron, this film is often considered preferable to the original book. And you can't go wrong with Christian Bale, even when he's an unsympathetic psychopath.

If you haven’t heard about Squid Game, then you’ve been hiding on a mysterious island somewhere – cut off from the rest of the world. Released on 17 September, this Battle Royale-like thriller shot straight to the top of Netflix’s most-watched list with over 100 million views. It's surpassed the likes of Bridgerton and Lupin, securing an estimated $900 million in value. And it’s actually good, far better than a guilty pleasure.

The premise follows a few hundred chosen people, in debt or destitute, who are desperate to have money in any way possible. With their consent – albeit without knowing the full story – they’re drugged and taken to an unidentified island and made to play competitive children’s games. Winning each round leads to a significant cash prize. But there’s a catch: each game has a violent twist, designed to separate the weak from the strong. And with each loss, the jackpot increases.