1 CW reader is interested
The Politician review 3 The Politician review Iana Murray
It’s been 10 years since Ryan Murphy’s exuberant, sincere, intelligent musical series Glee came into the world and breathed out a new generation of toe-tapping teens defined and empowered by their deepest fears and resolutely individual quirks.

The show has since been scorned by some for tokenising every thinkable minority group and turning them into something bankable – but Murphy clearly cracked a formula that resonated. It’s this very formula that earned him sufficient clout to convince Netflix to do it all over again, with his ambitious – if uneven – youthful political satire, The Politician.

The premise is simple: a determined, wealthy young man, Payton Hobart, is adamant he’s going to become the president of the United States one day. First step? The student body elections at Saint Sebastian High School. So begins a ruthless campaigning process that lights a fire under the egotistical and deeply self-hating students, a crop of wired millennials convinced of what they have to offer the world, but always so conflicted about what they truly deserve. 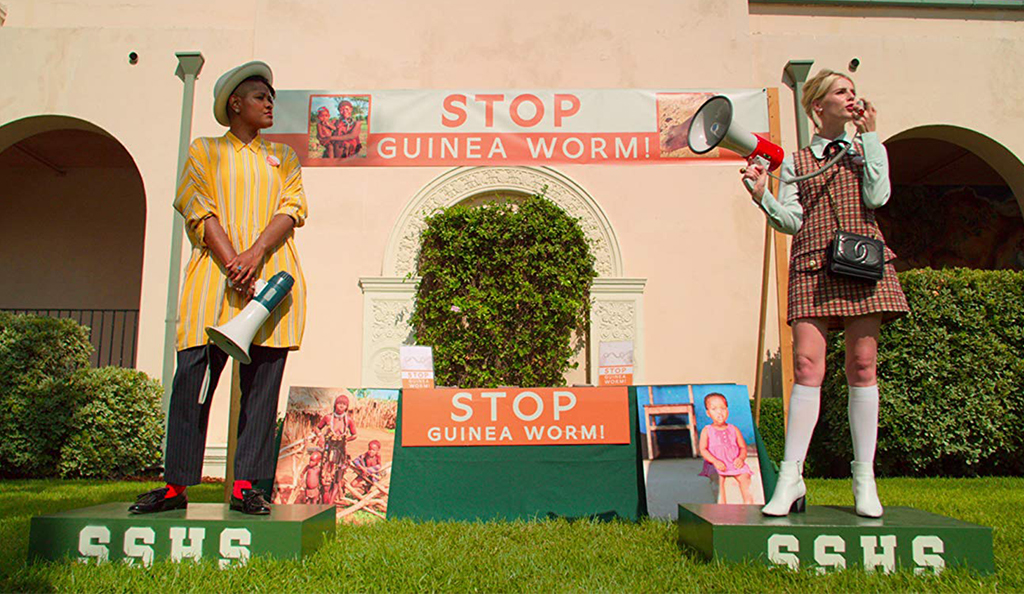 Rahne Jones and Lucy Boynton in The Politician

The series follows Payton’s campaign with laser-sharp satire, exposing him as a conniving and conflicted lonely boy from the off. Murphy lays his diseasing flaws bare, writing out diagnosis through dialogue that could have remained subtextual. But it’s sharp and slick, so the stakes remain sufficient to strap in for eight entertaining episodes.

Ben Platt anchors The Politician as Payton, bringing crucial theatricality to the role of a human being plagued by his own compulsive performance – one of the show’s most astute strands focuses on Payton’s battle to connect with his feelings, or to even begin to understand the willpower that comes into allowing them to exist.

This manifests in romantic relationships that fizz and dissolve fluidly – showing Murphy’s knack for deftly handling stories of non-traditional sexuality in a flexible way, without making it the centrepiece of a circus act.

The characters orbiting Payton offer amplification in different ways. Lucy Boynton’s Astrid offers a sweet but utterly scathing running opponent, the kind of bottle-blonde anti-hero that Reese Witherspoon in Election first brought to the table 20 years ago. Zoey Deutch proves her range in the role of Infinity Jackson, Payton’s cancer-stricken running mate with much more under her belt than a syrupy voice and shuffle in her step. 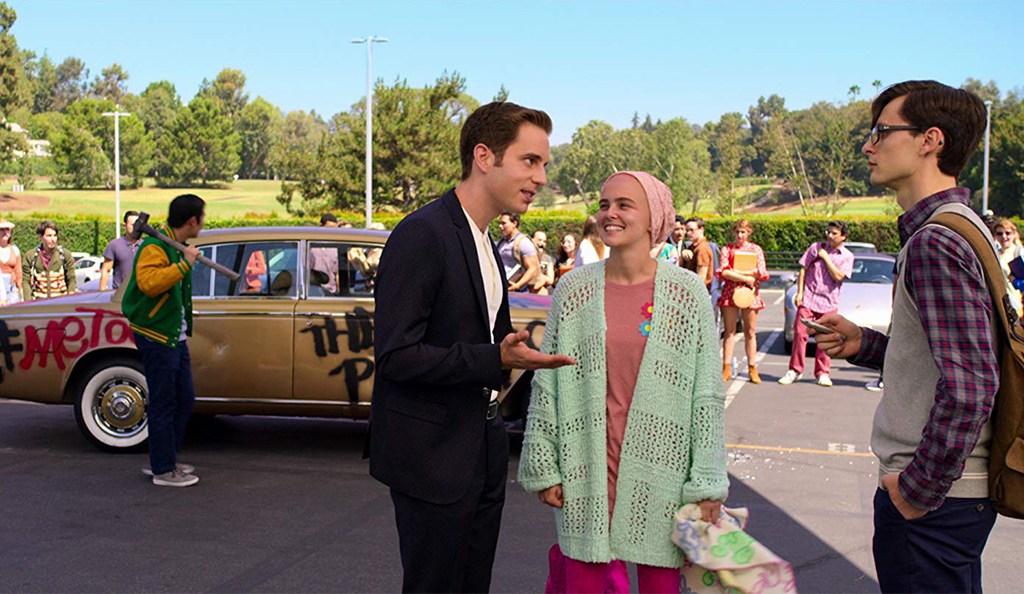 Ben Platt and Zoey Deutch in The Politician

The Politician tries to give every neurotic student a full-bodied emotional makeup, but by doing so with such a large ensemble, the show inevitably sometimes loses sight of the visceral desires and inconsistencies who aren’t actually spearheading the main campaign.

Gwyneth Paltrow stars as Payton’s mother, Georgina, and often delivers some of the show’s finest wisdom. ‘A pandemic of over communication has led to an absence of intimacy’, she tells her son. This is true – but is this explicitness the very thing weighing down The Politician? The stylish and star-studded entertainment value (including a few bold needle drops from the likes of Joni Smith and Billy Joel) is undeniable, but the dots that such a knotty political landscape ask the viewer to connect don’t always add up.

By making the series so often about romance, The Politician feels at once more sincere than its potentially shallow premise, and somewhat misguided in its delivery. This isn’t a coming-of-age, nor a condemnation.

With a future two seasons, focusing on two new political races, already sealed, there’s ample room for Murphy to dive deeper into the chaotic but ultimately well-meaning characters established here. But the question remains, as it so often does for an always-on, always-craving-more demographic: what more could we possibly do? How can we relearn how to feel, and not perform?