From the gruelling, real-life events of Unbelievable starring Kaitlyn Dever to the moralistic farewell to The Good Place, Netflix in September escapes in fantasy and cuts with reality 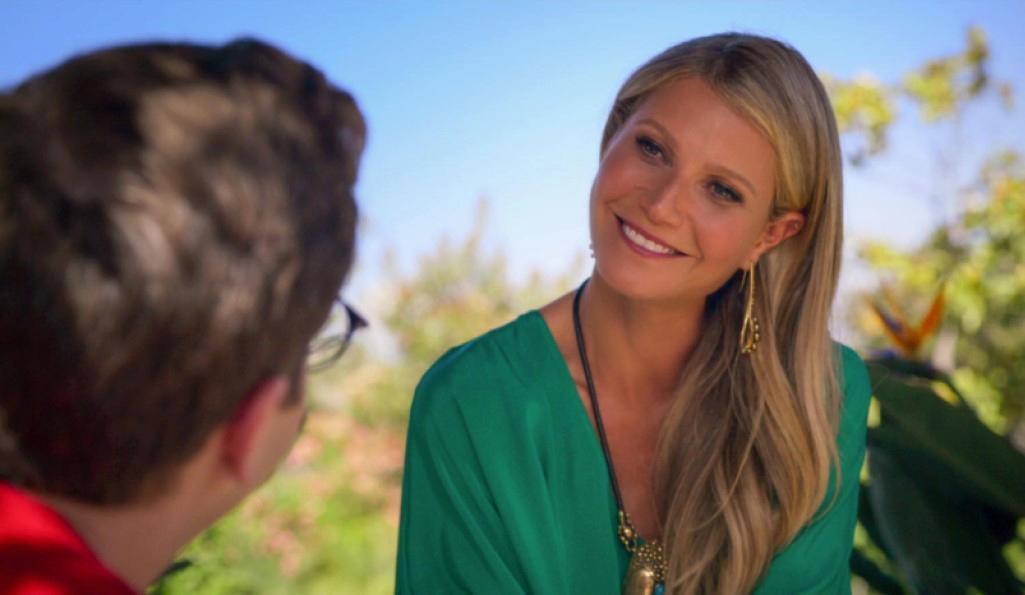 In 2008, Marie Adler filed a report of rape. Nobody believed her, and she retracted her case – found guilty of wasting the court’s time. But in 2011, two detectives caught the rapist responsible. Unbelievable tracks that three-year struggle, based on the 2015 ProRepublica article An Unbelievable Story of Rape.

This eight-part miniseries tracks the gruelling journey from beginning to end, starring Kaitlyn Dever (Booksmart) as Adler with Toni Colette (Velvet Buzzsaw, Wanderlust) and Marritt Wever (Welcome to Marwen) as the two detectives. It’ll prove a devastating but necessary watch.

Very little has been revealed in terms of the individual plots, but it's already being compared to Line of Duty because of its tense interrogation concept. Will the interrogations span entire episodes? Will they reach a Jed Mercurio-level of gripping? We’ll find out the truth soon enough.

Sacha Baron Cohen is best known for his outrageous comedy characters like Ali G and Borat and Bruno, and he lifted the smiley veils of heinously-minded politicians in Who Is America? But now, he’s turning to drama – even better, a real-life thriller.

The Spy follows Eli Cohen (a distant relative to Sacha), an Israeli spy for the Mossad who went undercover in Syria between 1961 and 1965. He infiltrated the military and the government under the guise of a Syrian businessman, passing on important information to the Mossad. Baron Cohen is good at his disguises, but this’ll be completely different to his usual roster.

Netflix love nabbing shows from other channels, especially from Channel 4. Black Mirror and Lovesick (formerly Scrotal Recall) have enjoyed new life and new audiences on the streaming platform, and Top Boy is the latest example to get the Netflix treatment.

Top Boy supposedly finished in 2013, but now returns with a long-awaited third chapter – boosted into existence by Canadian rapper Drake (who also exec-produced Euphoria). Following a brutal group of drug-dealing gangs in London, Dunshane (Ashley Waters) returns to that chaotic life after a long exile. He joins his old partner Sully (Kane Robinson), who’s just come out of jail, to reclaim his former illegal glory.

Undoubtedly the best film of 2017, Call Me By Your Name has already planted itself as a modern classic. Lifted from André Aciman's original book (the sequel is released in October), writer James Ivory (Maurice) and director Luca Guadagnino (Suspiria) create a beautifully composed romance that aches, breaks, and wails under a powerful Italian sun.

The film contains one of the most tearful speeches in film history and made a name of Timothée Chalamet, who’s been diving into excellent roles ever since (most recently as Henry V in The King).

Ryan Murphy’s a busy writer/creator. Nip/Tuck? That’s him. Glee? That’s him too. Oh, and Pose, that glamorous new series about underground catwalks? Yep, you better believe that’s him.

Not content to take a break, Murphy's back with a brand new series. The Politician follows Payton (Ben Platt), a high-school student determined to become Student Body President on his road to the Oval Office. But plenty of other students want the position, and they're willing to be ruthless to get it.

The series boasts an all-star cast - including Gwyneth Paltrow, Bette Midler, and Jessica Lange - in a colourful satire of American politics, perfect for our bleak and troubled times.

Holy forking shirt, The Good Place is ending in September. No more moral quandaries, no more journeys through the Middle Place, no more hijinks with the bartender from Cheers (Ted Danson).

But this colourful exploration of moral philosophy will live on for years as one of the silliest and most intelligent sitcoms of the decade. In season 4, the gang are assigned to guide people through the Medium Place and to the Good Place – finally proving their moral worth.

A cheesy classic from the ‘80s, Dirty Dancing follows Patrick Swayze stars as a dance instructor in a Catskills mountain resort. Baby (Jennifer Grey) holidays with her conservative family, but becomes enamoured with Swayze’s character, Johnny, and his dancing – leading the two to fall in love.

Dirty Dancing is a warm, anti-establishment tale with a watermelon and an immortal ending with (I’ve Had) The Time of My Life.

You’d have thought after ten years, the cringey paper-boss from Slough would’ve dried up. But Ricky Gervais, co-creator of The Office (UK), finds even more ridiculous directions for David Brent to take – namely, the journey to become a rock star.

Although Gervais strays away from some of the original charm that made The Office so relatable, David Brent: Life on the Road is still a funny and sometimes poignant romp through middle-aged delusion.

Matt Groening is the man behind the best cartoon of all time, The Simpsons. Now, he’s jumped on the Game of Thrones travel-wagon with his own comedy based in a fantasy land – complete with elves, demons, and drunken princesses.

After a long midpoint hiatus, season one continues on Netflix. Disenchantment takes place in Dreamland, and follows the adventures of the alcoholic Princess Bean and her two friends: the overly joyful Elfo and hedonistic demon Luci.

The Lego movies are the funniest animated blockbusters in recent years, reaching its connective zenith this year with The Lego Movie 2. The most enjoyable character from these films is Lego Batman, an hilarious satire of the moody, brooding superhero. So, why not have a kooky spin-off just for him?