The mastermind behind Glee, American Horror Story, The Politician and more returns with a love letter to Golden Age Tinseltown in Hollywood

1 CW reader is interested
Hollywood, Netflix review 3 Hollywood, Netflix review Ella Kemp
If you have come to Ryan Murphy’s reimagining of Tinseltown looking for a restrained, discreet imagining of a glittering world that whispers its grievances and tiptoes around its regrets, you have come to the wrong place. If nothing else, the high-profile and ever-prolific TV producer has always known how to put on a good show.

Hollywood does re-imagine the Golden Age of the movie industry, letting exist a world in which a film written by a black man, starring a young black woman, produced by a female studio head, could actually triumph. But in its alluring box-ticking subversion, the show often skims the surface of these key players’ failings and unspoken dynamics – showing them, but rarely turning them into anything greater.

We begin at the eye line of Jack Costello – played by David Corenswet, first teased in Murphy’s previous Netflix show The Politician. In that show, the actor plays the devastatingly handsome and tragically fleeting ex-boyfriend, haunting the protagonist’s dreams. Here, the actor plays an aspiring actor, the plucky all-American Superman-type vanilla boy determined to become a movie star. 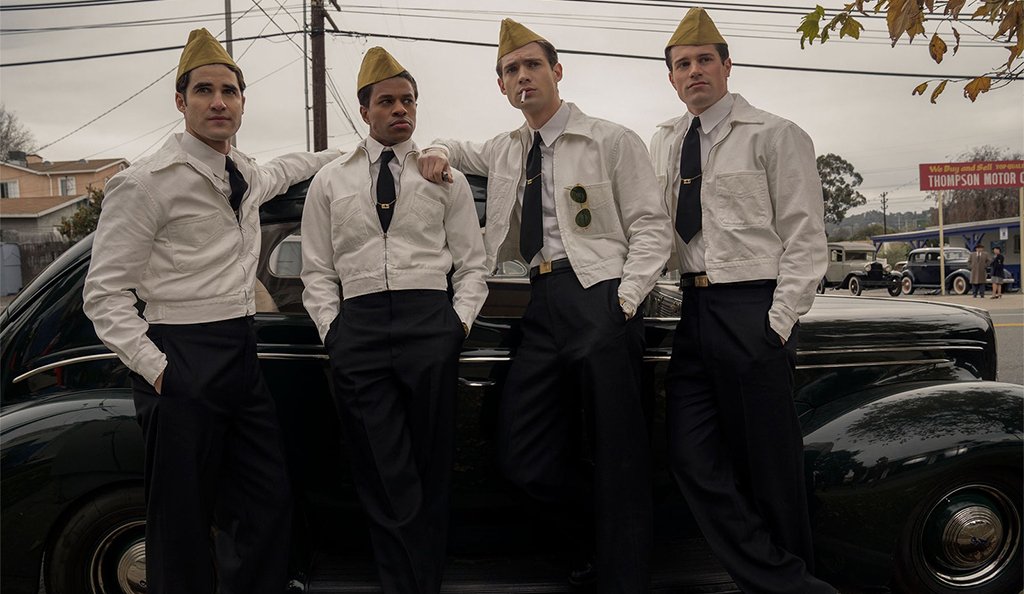 As Hollywood develops, much more stimulating and challenging events enter the fold. But Jack’s ambition is always kept in focus, while his deeper intentions and insecurities are often not. There’s an immense privilege to the character that he seldom realises, and most blows are often followed by equivalent rewards soon after. He’s one of the few characters who has little to overcome, who, when handed disappointing news, seems to shed one good-looking tear and find a solution just as fast.

But, the show isn’t all about Jack. Murphy also casts a Murphy Regular™ in Darren Criss – whose ethnicity as half-Asian is written into the character with insistence, yet still shallow psychology – as fictional filmmaker Raymond Ainsley. Again the character’s grievances are aired, but rarely feel so urgent. Criss’ coolly charming performance makes for enjoyable watching, but does little to anchor the gravity of the hurdles being overcome.

The hurdles are these: Raymond wants to direct a film, Peg, written by Archie Coleman (Jeremy Pope), a talented young black writer, and to cast his girlfriend, Camille Washington (Laura Harrier), a talented young black woman, as the lead. The film would be about Peg Entwistle, the real-life actress who took her own life by jumping off the Hollywood sign – except with Camille in the lead, it would now be Meg.

There is also the secret that Archie is gay, and in a relationship with Rock Hudson – the real-life actor who was gay, but never involved with the fictional Archie. Add to that the fact that the studio producing the film is Ace Pictures, run by Ace Amberg, who falls ill and must hand over the keys to his wife Avis (Patti LuPone). A woman in a position of power? Totally unheard of. 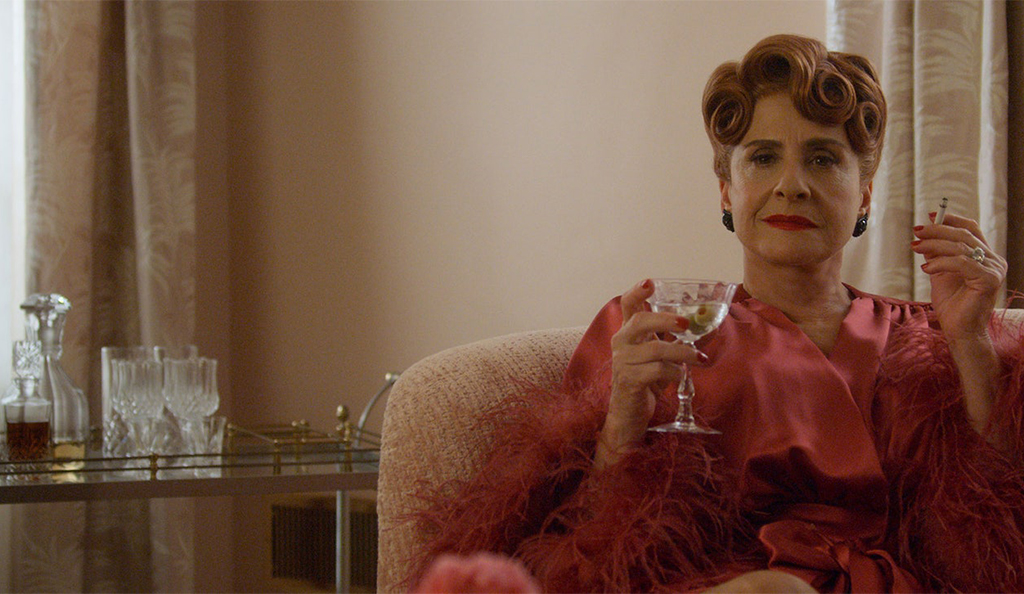 In short, Hollywood posits a world in which race, gender and sexuality are still seen as arbitrarily defining qualities in the film industry, but that lets its characters move beyond and ultimately triumph. There are tears and there is pain, but it is always delivered in a glossy, good-looking package. This comes from mostly polished and convincing performances – Jeremy Pope and Jake Picking as Rock are standouts – and a highly-strung aesthetic.

There’s a touching storyline which sees producer Ellen Kincaid (Holland Taylor) look for love in later stages of life, and a curious scenario in which actor-turned-business man Ernie runs a prostitution joint disguising as a gas station. The logistics and inception of such a project are never explored. The major antagonist is real-life manipulative talent agent Henry Willson, who blackmails and emotionally harasses his clients, played with smarmy focus by Jim Parsons (The Big Bang Theory).

But every major fallout feels resolved too quickly, each threat and betrayal tidied up within a handful of scenes. This is, of course, an openly idealised look at the scenarios that could have been, the decisions that could have changed everything. But this is also post World War II, and there is so little made of the sequelae of war, the economic devastation, the psychological toll. 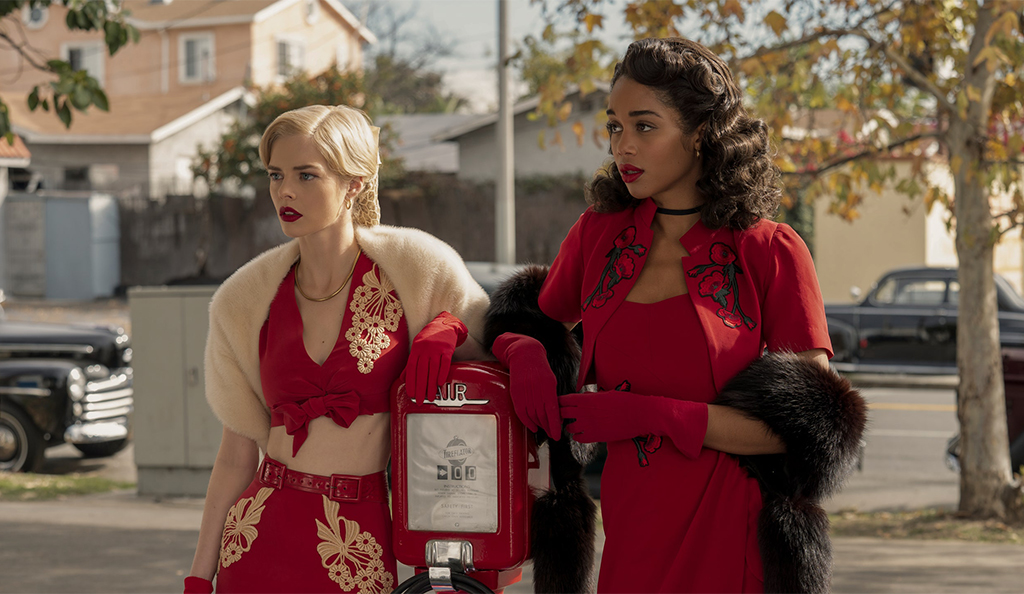 Samara Weaving as Claire and Laura Harrier as Camille in Hollywood

As feels habitual with Murphy, the stress is placed on the conflicting brash emotions, the gossip and politics, all at war with one another to produce the most entertaining narrative possible – but it’s often at the cost of the three-dimensional human implications and repercussions.

Hollywood is a lively, frequently lovely look at the glitter of its namesake and the rewrites that could have been. But it too often feels like these amendments are written in black and white ink, never colouring outside the lines. Jack is arrogant, Raymond is feeble, Claire (Avis’ daughter) is opportunistic, and Ace was a misogynist. These flaws are there for all to see, but ultimately, most people still get a happy ending.

The show does contest and trump the powers that be – but still lets too much entitled and neglectful behaviour slide to feel truly devoted to enforcing any real change. You’ll certainly leave with stars in your eyes, but careful making any decisions while you’re still blinded by the light. 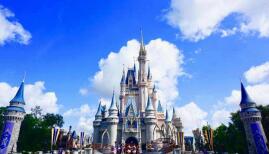 Disney+ is essential viewing - whether you have kids or not
Sign up to CW’s newsletter
By entering my email I agree to the CultureWhisper Privacy Policy (we won`t share data & you can unsubscribe anytime).
1