Touted as the best horror movie of the year, Hereditary is also stunning drama about the ravages of grief and the menace of family featuring an outstanding Toni Collette

1 CW reader is interested
Hereditary film review 5 Hereditary film review Daniel Lewis
Let’s get it out of the way: Hereditary is scary. It may even be, for the particularly sensitive, rattle-you-to-your-core scary. But you’ll have gathered this yourself from the eerie posters, semi-viral trailer and about ten other reviews heralding the film as the best thing since The Exorcist. They’re not entirely wrong; there is enough body contorting, stair creaking and generally weird things happening to adolescent girls to make this film feel like the well-overdue update to that 1974 horror classic.

But, mercifully, Hereditary is also about so much more than head-spinning chills and thrills. What really shakes the foundation is the family drama. We witness a classic American nuclear unit coming apart at the seams, erupting with unspoken resentment, regrets and fears. It’s harrowing, and it means that Hereditary has as much in common with something like August: Osage County as its horror forebears. 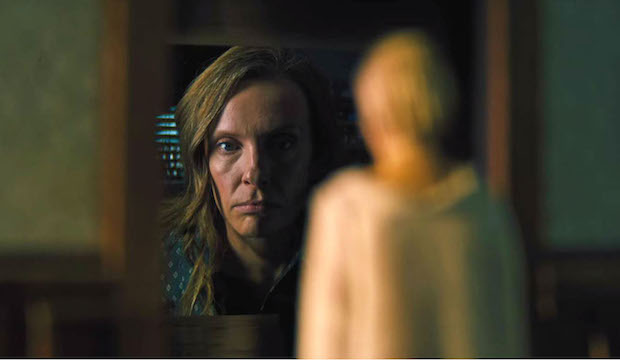 That wicked mixture of excessive supernatural silliness and down-to-earth emotional messiness is mirrored by the creepy occupation of the story’s mother, Annie, played shockingly well by Toni Collette. She’s a miniaturist, working towards an exhibition, whose tiny models reflect events in her dark personal history – a childhood surrounded by severe mental illness which she opens up about at a bereavement support group following the death of her estranged and reportedly cruel mother.

The mourning takes its toll, too, on the husband – a wonderfully contained Gabriel Byrne – who decides to keep news of the mother’s desecrated grave from the grieving Annie. But it’s the children we really worry about. The teenage son, Peter (Alex Wolff) seems nonplussed, more concerned with chasing girls and smoking pot, while the daughter, Charlie, (Milly Shapiro) seems somewhere else altogether, going on solitary walks and fiddling with voodoo-like toys, and whose tongue clucking, twitching and nut allergy has us on tenterhooks from the start. 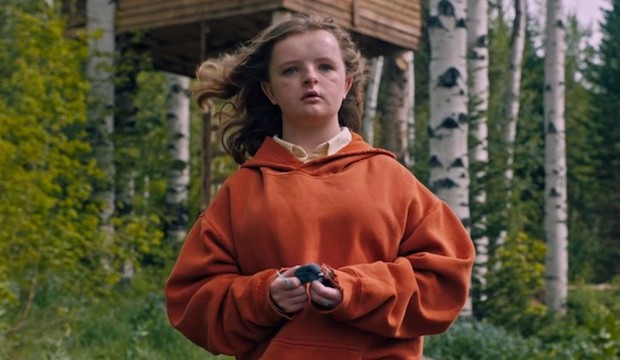 Actually, it’s that (very clearly signposted) nut allergy which is at the root of the incident that sends the family really spinning out of control. The arrival of Ann Dowd, familiar to fans of The Handmaid’s Tale, as a sympathetic ear when Annie finds herself back at the bereavement centre feels, strangely (given Dowd’s knack for the sinister), like just the steadying influence this hapless household needs. We soon realise that we are being lulled into a false sense of security – again.

There’s no doubt, though, that we’re in a safe pair of directorial hands. Ari Aster is expert at arranging all the little elements of the narrative, as if a miniaturist himself, and that deft handling saves Hereditary from becoming too overwhelming. The classic horror movie tropes – remote house in the woods, talking to over-friendly people – put us on familiar ground while the arthouse gestures and zany transitions serve as a gentle reminder that the world we’re watching is not quite the one we know, thankfully.

That said, Hereditary does find a way of lodging in your brain and refusing to budge. It may take a couple of days to get it out of your system. Then you can get back to your ‘normal’ life.