Innocence and experience jostle in Shoplifters, a beautiful, alchemical family drama from Japanese director Hirokazu Kore-eda who snapped up the Palme d'Or at Cannes

The opening of Shoplifters (originally: Manbiki kazoku) is like a mixture between an Ocean’s Trilogy film and a Nickelodeon action comedy. Using a repertoire of tricks and signals, Osamu (Lily Franky) and his son, Shota (Jyo Kairi), pick off noodles and snacks from the shelves before leaving undetected. It looks like child’s play and in a way it is – it’s all (relatively) harmless fun; a family pastime – but, we soon realise, it’s also a livelihood. 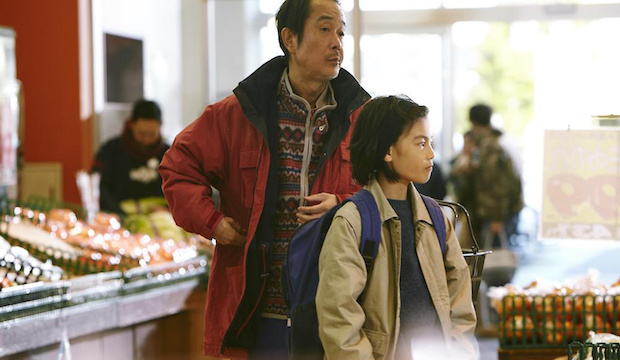 It is with just this wavering that the father-son duo’s usual routine is thrown out of joint when they come across Yuri (Miyu Sasaki), a neglected five-year old girl, on their way home. After initial resistance from Osamu’s wife Noboyu (Sakura Ando), when they notice signs of abuse, they decide to look after the girl, despite limited resources and an already cramped household including Grandma Hatsue (Kirin Kiki), whose pension is keeping everyone afloat, and Aki (Mayu Matsuoka), a recent high school graduate working as a stripper. 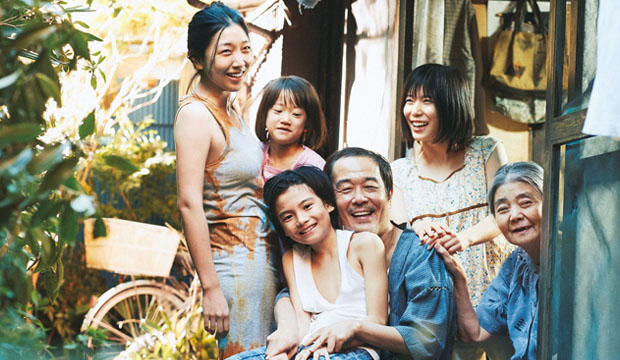 It’s a close-knit troupe which does its level best to conceal Yuri from the authorities, but we soon realise the group is a bit of a jigsaw too. Exactly how is a mystery slowly teased out over the course of the film but, makeshift or not, what a great ensemble this family is. The way the characters play off each other, drift apart and recombine, makes the performances in Shoplifters almost balletic.

And if the film is essentially a wonderfully crated and choreographed performance, it’s also one which seems to have come together without direction (and, indeed, for a while, the film seems without direction, too). These are people who work and play (more play than work) to their own rhythms, with all the sweet syncopations which make it worth living, even (perhaps especially) in a life of poverty and petty crime. It unfolds with a naturalism which is as affecting as it is, eventually, devastating. 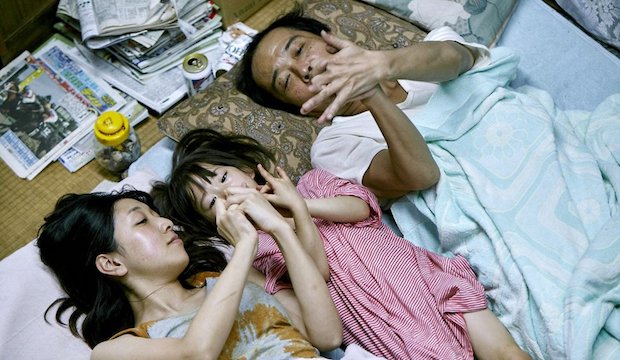 Shoplifters proves that Japanese director Hirokazu Kore-eda, who also wrote the script, is a deft handler of tone, seamlessly modulating from the atmosphere of police procedural to thriller to goofy romance.

The scene where the mismatched central couple flirt over cold noodles and make love in the midsummer rains is an encapsulation of what makes the films so special: an almost palpable sense of warmth which also fuelled Kore-eda’s last Cannes contender (and Jury Prize winner) Like Father, Like Son.

In Shoplifters, even as the secrets begin to bubble up to the surface and the shadows edge in on the frame, that inner glow remains. Its constant yet changeable heart of gold makes it a worthy winner of the Cannes Film Festival’s Palme d’Or.