In cinemas for one week before it hits Netflix, the Coen Brothers head West in The Ballad of Buster Scruggs, a fun journey of cartoons and chaos

The Ballad of Buster Scruggs film review 3 The Ballad of Buster Scruggs film review Ella Kemp
There’s always a misanthrope in a Coen Brothers film, but they’ll never let you call them that. Buster Scruggs, the eponymous singing cowboy of the filmmakers’ new anthology, is showing you the poster that’s looking to get rid of him. He’s a sweet-humming, tongue-twisting, clear-shooting punk; dust follows his silhouette and his horse knows his croon all too well. Tim Blake Nelson has enough charm to sell you a house if you looked him in the eye for long enough.

Buster’s story is short, because it’s the first of six that make up The Ballad of Buster Scruggs, a collection of tales only linked by the backdrop that precedes them. In their first collaboration with Netflix, the Coens playfully explore the expanse of the wild west with crystal precision, through simple minds and doomed identities. The characters burn bright in mismatched and incomplete ways, making the film offer as much satisfaction as an unreliable advent calendar. There’s definitely something sweet behind every door, but it rarely tastes as fun as it looks.

It’s impressive to spin so many tales and keep an untrained viewer still wanting more. Instead of cramming clues and winks into each window in order to superficially entertain audiences, Buster Scruggs has its own fun and takes it away as soon as it wants. This allows the coexistence of quick thrills and empty existentialism; mischievous shoot-outs are no more important than never-ending conversations and meandering staring contests. 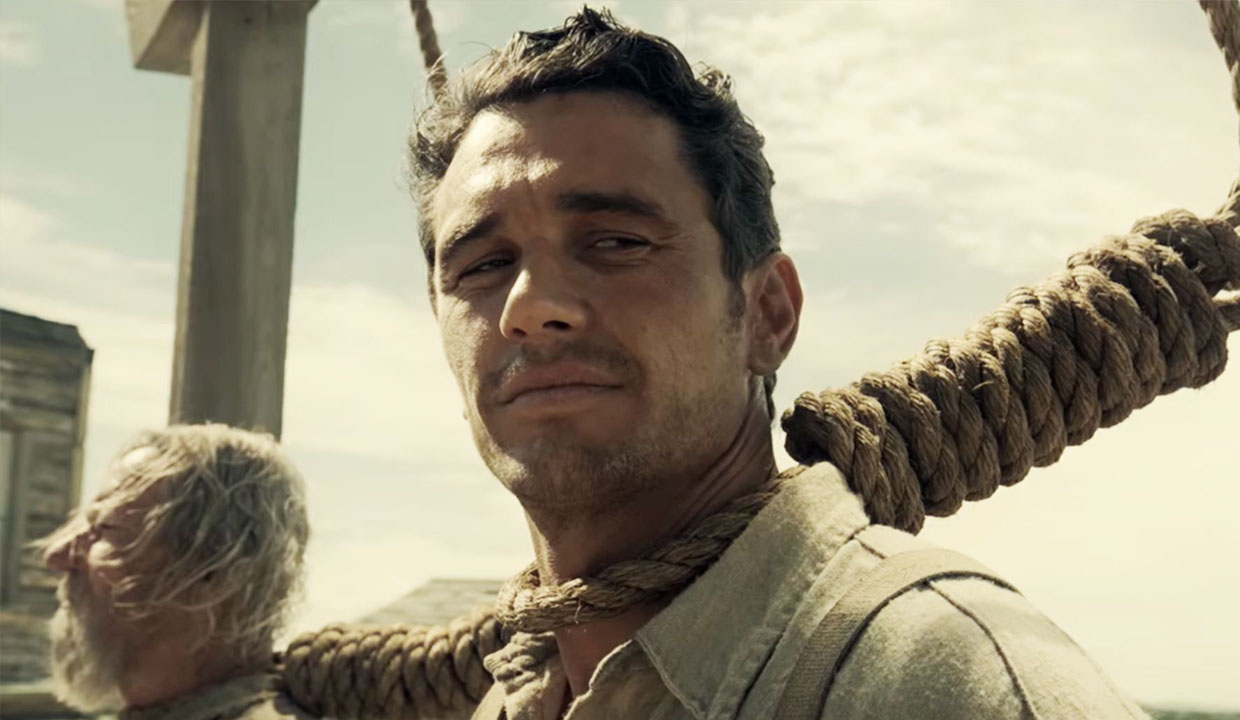 A lingering frustration then remains, faced with the uneven generosity of the film. For something that looks so consistently crisp – with an angelic cleanliness in the blue shades that bless Buster’s world as much as the infinite hues of green that appear as if the Coens invented the colour themselves – the satisfaction remains in their stories, but never our minds.

Charisma is never lacking: James Franco and Zoe Kazan hold terrific moments of pathetic and steely comedy that is so comfortably familiar across the directors’ body of work. But what the first tale defined so well seems to run out of steam, leaving an impression of holding back or just getting bored. There’s no poverty in the ideas, but no desire to reach anything deeper.

It’s clear that the storybook characters are only revealing a hint of the insecurity that defines their pathos. There are moments of beauty, in a cartoonish ascent to the skies as much as in the mirrored glows of a pink sunset and the warm lamps in resting wagons. But The Ballad of Buster Scruggs only teases how much it wants to give, toying with what fans of the Coens know they can do. It seems they have realised they don’t have to too much anymore.

In Curzon Cinemas for one week from Friday 9 November. The Ballad of Buster Scruggs will be released on UK Netflix on 16 November 2018.