A Ghost Story director David Lowery teams up with Robert Redford for his final role in The Old Man and the Gun, the true story of gentleman criminal Forrest Tucker

The Old Man and the Gun film review 4 The Old Man and the Gun film review Ella Kemp
15 years ago, The New Yorker told the story of Forrest Tucker as he warmly explained it from his prison cell. By this point, Tucker had broken out 18 times successfully, 12 times unsuccessfully. He was an incredibly skilled bank robber and escape artist, forever on the run and always working – he completed his last job just before turning 79. It seems fitting, then, that Robert Redford should end his phenomenal career by playing Tucker in this charming crime comedy based on his life, The Old Man & The Gun.

Over his 56 years in the film industry, Redford has come across the role of a conman before. Butch Cassidy and the Sundance Kid launched him into the stratosphere as a charismatic criminal, and the actor was nominated for an Academy Award for his performance in The Sting. But there’s something singular about how perfect Redford and Tucker are suited for each other, as both artists live the true stories that hustlers onscreen and off have been trying to replicate ever since, each new copy just seeming paler in comparison.

David Lowery directs the film with great fluidity, celebrating the enjoyment with which Tucker did his job and the effortless charm that characterises Redford’s as well. Each robbery is simple, polite and straightforward. Tucker shows the gun, but doesn’t shoot, and he makes sure to say ‘thank you’ on his way out. The optimism that characterised Lowery’s Pete’s Dragon is tangible, with a breezy integrity that is void of cynicism. 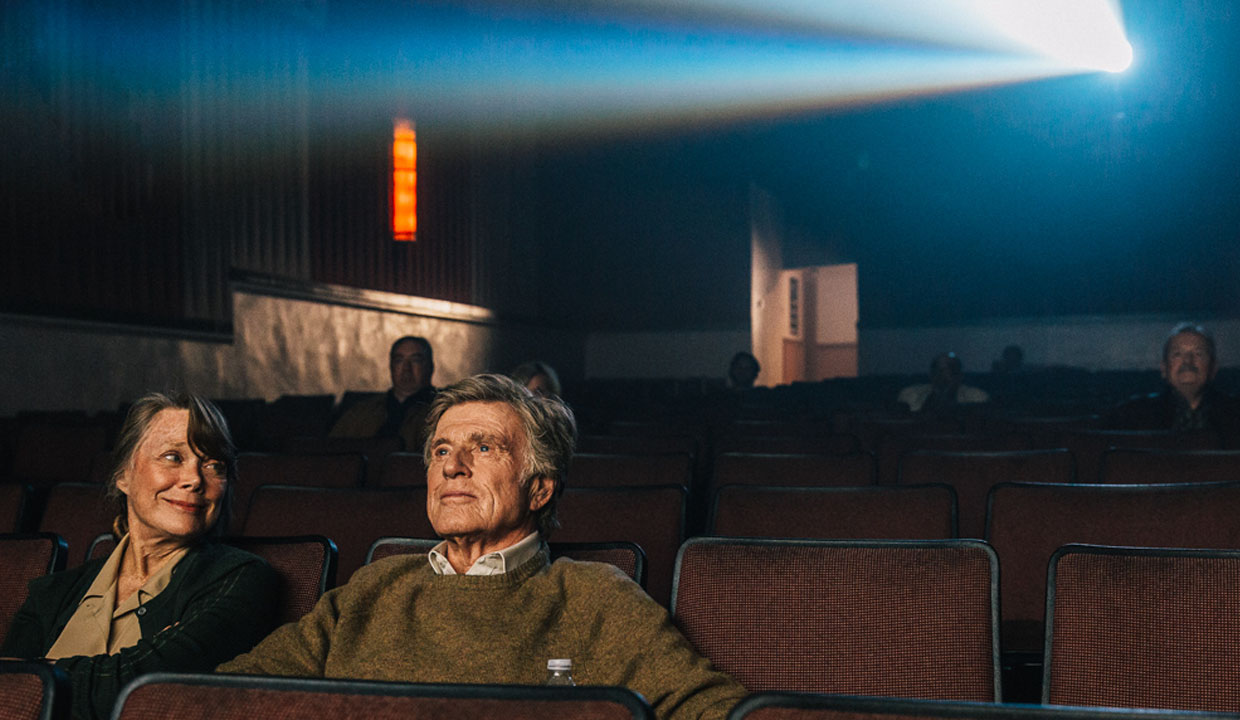 It’s very easy to love The Old Man & The Gun. There’s the excitement of the repeatedly successful heists, but not so much of the adrenaline-fuelled tension that the genre usually demands. A smooth jazz soundtrack colours the story with the easygoing elegance of a job done right, and allows Redford to fill the screen with the romantic confidence that audiences know all too well.

He’s not alone, though. Sissy Spacek counters Redford’s boyish allure as his love interest Jewel, based on Tucker’s third wife. When together, the pair beautifully embody a timelessness that celebrates life and love at any age. They talk about things they want to do and haven't done yet – not in a fatalistic way, but simply with the belief that life always has something more to enjoy. There’s no less magic in the way Forrest kisses Jewel on her doorstep, just because they have a few more wrinkles, than a traditional Hollywood romance usually reveals.

The film offers a playful retelling of one of the most surprising criminals to have lived, exploring the cat and mouse games he played with detective John Hunt (played with deft sensitivity by Casey Affleck) as well as the very simple reasons he went to such great lengths to swindle the world in the first place. ‘I’m not talking about making a living’, Tucker tells Jewel, ‘I’m just talking about living’.

The con artist got away with so much towards the end of his life because no one believed such a nice old man would be inclined, or able, to do it. ‘Violence is the first sign of an amateur’, Tucker told The New Yorker, which epitomises the gentleman's priorities. He hustles because he enjoys it, and he’s good at it – and that’s not something that fades with age. For the old-timer’s swansong, Redford wonderfully celebrates Tucker's life of crime for the joy in doing what you love. Both men prove that you’re never too far over the hill for that.