The work of photographer Richard Billingham has been enjoyed all over the world, but his inspiration has seldom left home. In his debut feature film, Ray & Liz, Billingham uses his talent for still photography as much as his own memories to craft a portrait of poverty without pity, through love laced with dysfunction.

On the seventh floor of a council block in Cradley Heath, a small town in the Black Country, the Billinghams are piled into a squalid little flat. There’s Richard (Jacob Tuton) and his younger brother Jason (Callum Slater), and their parents, the eponymous Ray (Justin Salinger) and Liz (Ella Smith). It’s rare to hear anyone talk about ‘mum’ or ‘dad’. The film is broken into three parts; the first, ‘Ray’, is set in 1990 and fixes on an older man and the confines of the tiny room he exists in.

Billingham has said of his father’s introduction, ‘I wanted to portray the sort of time experienced by a zoo animal or a prisoner’. In these scenes, the camera sits and looks at what the man has become. It closes in on Ray’s shaky hands as he brings an umpteenth glass of home brew to his lips, and the insects that provide as much motion as his life needs by this point. The 16mm film stock imbues a sense of nostalgia, but not the romantic kind. Ray & Liz has an authentic identity, entrenched in a time and place that’s at once personal and indicative of the dingy realism that defined the kitchen-sink era.

A pair of flashbacks then builds an understanding of Billingham’s life and the maladjustments of this family. Through a babysitting date gone wrong a decade earlier with a three-year-old Jason, there’s raw comedy genius in the retelling of uncle Lol’s set-up and violent demise, played with pantomimic charm by Tony Way. The story shows off Billingham as a master of pacing and emotion, moving fluidly between every rich cutaway image that patch together his life: morsels of vomit on the carpet, rabbit droppings on the sofa, dog urine on an unopened bill. 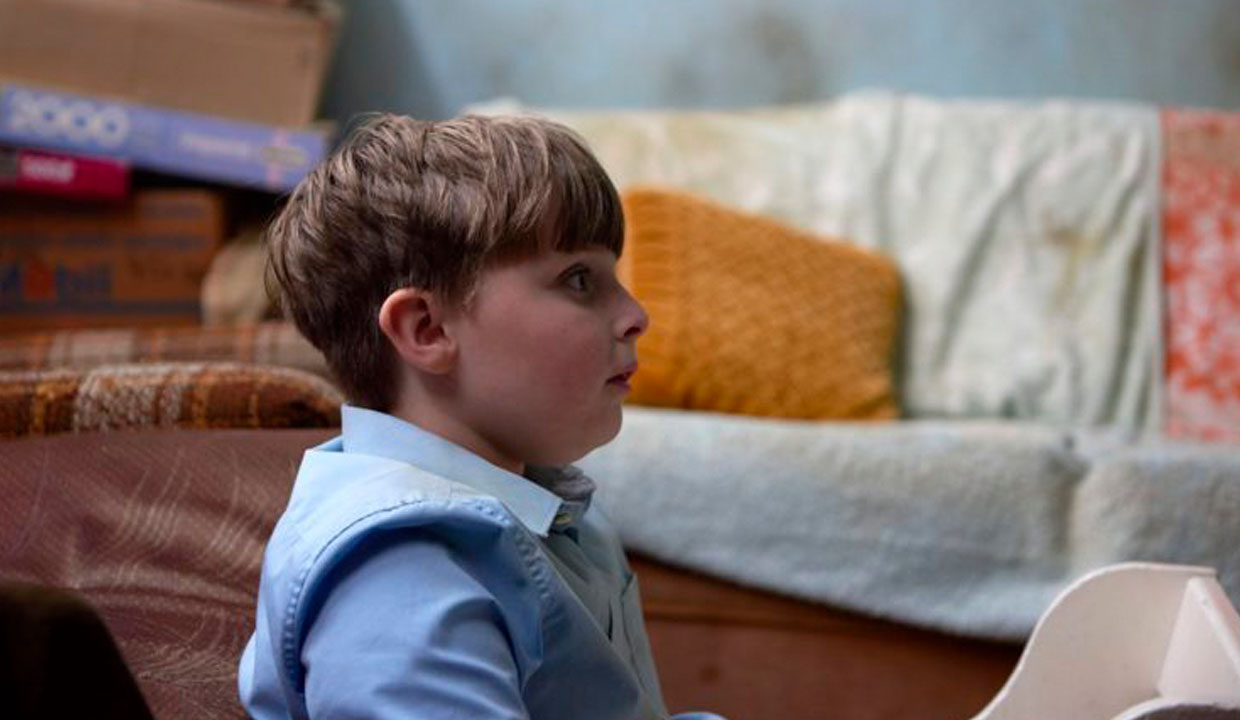 The heartbreak of the film comes a few years later, in 1985. After playing with sparklers and making friends at a Bonfire Night party, Jason sleeps in a stranger's shed because he's forgotten the way home. Fireworks have never seemed so intimidating as through the lens of the older Ray's recollection of a mistake that broke the family in the most quietly grievous way.

'It's your fault I'm like this', he tells his estranged wife in the bedroom that feels a lot emptier than before. Billingham paints a delicate picture which exposes the flaws of his difficult childhood without undermining it. Through bitter comedy and poetic images crafted in mundanity, the film offers an honest insight into a small family, representative of a greater crisis in Britain and beyond.

Poverty begets resentment, but a warmth survives in this picture. The charm of Billingham's actors demands a serious evaluation of their lifestyle, recycling cigarette butts and neglecting each other out of habit – but they never lose credibility in their mediocrity. With the puff of a cloud of chilli powder or from the patience required by an endless jigsaw puzzle, Richard's parents are given agency and depth in the small things that define them. It’s a love letter as much as a demand for an apology; a reckoning with a life lived in decay, which unfolds with a humble but powerful stillness.