1 CW reader is interested
The Grinch film review 4 The Grinch film review Laura de Lisle
We’re all familiar with the story of How The Grinch Stole Christmas, created by the brilliant Dr. Seuss, which tells the tale of a Christmas sceptic suffering from a debilitating heart condition (it’s two sizes too small) which prevents him from enjoying the magic and splendour of Christmas. However, as Illumination Entertainment and Universal Studios' animated remake The Grinch (starring Benedict Cumberbatch in the title role) makes clear: Christmas, as joyous as it might be for some, can be trickier to negotiate for others.

Like the always-smiling Donna Lou Who (Rashida Jones), who is juggling single motherhood, working exhausting night shifts and caring for three young children on her own, including a set of twins and a daughter with a heart of gold, Cindy Lou Who. Or the poor, orphaned Grinch, whose lifelong dislike of the festive season comes from never having had presents, or cuddles or roast-beast at the Christmas feast.

Directed by Yarrow Cheney and Scott Mosier, from the team behind hits like Despicable Me, The Secret Life of Pets and Sing, The Grinch doesn't fail to impress when it comes to visuals – or vocals, for that matter. Pharrell Williams is the narrator. Whoville is utterly magical, a gingerbread village that's a riot of light and colour that was impressive enough to cause my five-year-old companion's jaw to drop, and she spent most of the rest of the film giggling with enjoyment. 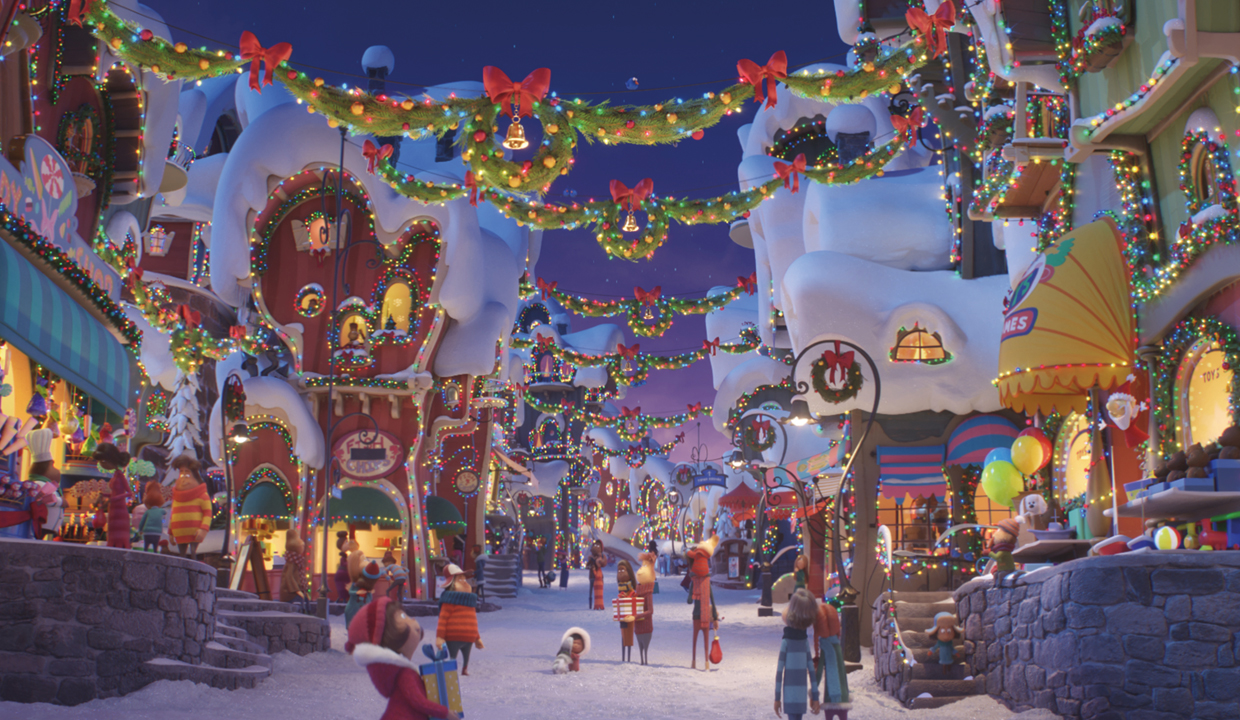 There's plenty of humour, resonating with kids and adults, like the episode with the Grinch's pre-Christmas comfort eating, but what feels most refreshing is the depiction of Donna Lou Who, trying to be a good mum and citizen but also really needing a hand – like most parents do during the festive season, if not most of the time.

This may be because we all become slight Christmas cynics as we get older, but Cumberbatch's Grinch was also rather sympathetic. Even when he was committing larceny. The Grinch's relationship with his dog Max is very sweet and well-developed (and Max could put the Downton Abbey servants to shame with his devotion and subservience). The Grinch is also insanely talented when it comes to gadgetry, and is definitely going to inspire kids to do more STEM. With this and plenty more moments that revealed his vulnerability and kindness, we were rooting for the Grinch throughout.

Joining the Grinch, other characters also impress. Cindy Lou is the daughter we'd all like to have, and also a whiz when it comes to engineering. A special shout out goes to Fred, the plump reindeer who is briefly enlisted to pull the Grinch's sleigh.

Faithful to the original story, yet much hipper (listen out for the new version of 'You're A Mean One, Mr. Grinch,' from Tyler the Creator), this Grinch remake will warm the heart, whether you're five or 35. Even better? It had my daughter asking to read the book. 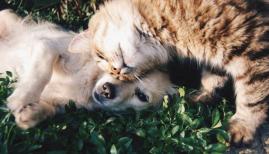 Best Christmas films on Netflix, Disney Plus and Amazon Prime
Sign up to CW’s newsletter
By entering my email I agree to the CultureWhisper Privacy Policy (we won`t share data & you can unsubscribe anytime).
1