Sharon Osbourne joins the cast of this family festival musical: Nativity comes to the stage this Christmas

Based on the much-loved 2009 film, the show will see the return of lacklustre teacher Mr Maddens and his wacky assistant, Mr Poppy. Together they muddle their way into producing St Bernadette's school nativity play – to a Hollywood standard.

In the cast this year is music industry heavyweight and reality TV star Sharon Osbourne, who will be making her second ever appearance on a UK stage after The Vagina Monologues (2006). Fresh for 2019, Rylan-Clark Neal will also join his fellow TV personalities on stage.

Debbie Isitt, who created the films, has written and directed the stage adaptation. Scott Garnham is Paul Maddens, a role previously occupied by Martin Freeman. Simon Lipkin (Wind in the Willows, The Lorax) will reprise his role as Mr Poppy. And father/daugher duo Danny and Danni Dyer are back, bringing some star power for soap fans or lovers of reality TV. A troupe of 20 jingle-belled children from across the Midlands will join them, and, as those who have enjoyed the first and second Nativity! films will already know, it's the youngsters who will be winning over hearts in the production.

Nativity! The Musical features new songs as well as catchy film tunes Sparkle and Shine, Nazareth and One Night One Moment. Join in the zany adventure as the staff of St. Bernadette's attempts to put on a Christmas show you'll never forget.

Nativity! The Musical starts a 2019 UK tour on 29 October and will be in London for a limited run from 11–29 December. Click here to book tickets. 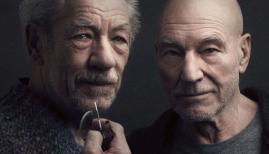