Rags-to-riches romance comes to London as the musical theatre adaptation of Pretty Woman transfers to the West End after impressing on Broadway. Based on the 1990 film of the same name, Pretty Woman: The Musical revolves around an unlikely love story between a prostitute and her client. Thanks to Julia Roberts' boundless charisma and chemistry with Richard Gere, the film was the highest grossing American rom-com in history and remains an enduring favourite for many.

With a makeover scene, a sassy snapback to a snooty shop assistant and a grand gesture happy ending, it has many feel-good factors… But 30 years later the whole sex worker 'saved' by a rich older man plot feels rather more problematic.

It will be interesting to see how the show negotiates society's shifting perception of feminism and sex worker rights – especially with its all-male creative team. Garry Marshall, who directed the original film and adapts the script for the stage version; Jerry Mitchell (Kinky Boots) directs; and Canadian singer-songwriter Bryan Adams, who is best known for hits including Summer of '69, (Everything I Do) I Do It For You and Run To You, has written original songs. 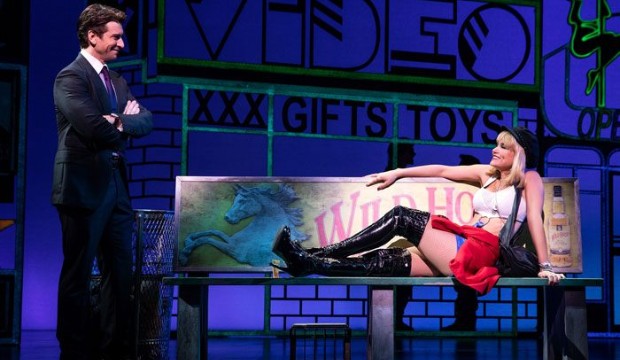 Pretty Woman: The Musical has already caused controversy, dividing opinion when it opened on Broadway in 2018. In a one-star review, The Guardian deemed the show 'tuneful, schlocky, and deeply offensive unless you have a take-it-or-leave-it approach to female agency'. The Stage was more positive, praising a 'peppy production… propelled by the sheer professionalism of its delivery, the attractive soft-rock songs of Bryan Adams and Jim Vallance, and the chemistry of its leads'.

Reviewers were more united in their enthusiasm for the lead actors, American star Andy Karl (last seen on the London stage on magnificent form in Groundhog Day) and British stage regular Samantha Barks (Les Misérables). So fingers crossed they reprise their roles for the London transfer.

Perhaps unsurprisingly, considering the huge popularity of the film, Pretty Woman on Broadway was enough of a crowd-pleaser to weather the mixed reviews and keep the applause rolling. Let's see how it goes down in London…