Set in the fictional Welsh village of Llareggub, Under Milk Wood captures the hopes, fears and quotidian dramas of a community over one night and day. Dylan Thomas’s verse takes us ‘behind the eyes and secrets of the dreamers in the streets rocked to sleep by the sea’. It’s a madcap, musical musing, rich with sea shanties, secret loves and lost souls. This revival presents the imagery in a heady haze of nostalgia, by reframing the 1954 radio drama with a contemporary conceit.

Writer Siân Owen and director Lyndsey Turner (Light Shining in Buckinghamshire, Saint George and the Dragon) root Thomas’s lively lyricism in a new reality, as a series of memories told to a care home resident with dementia. The newly reopened Olivier Theatre feels curiously intimate with an in-the-round stage and half of the seats blocked off to facilitate social distancing. And the show reflects this with a company of just 14 actors playing multiple roles and an emphasis on language over elaborate staging. 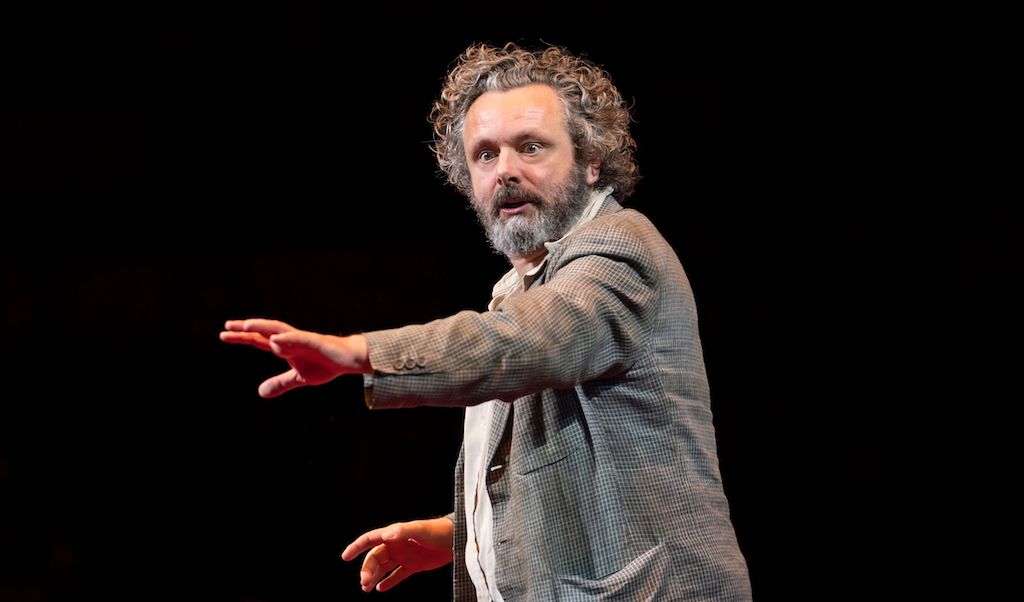 Michael Sheen in Under Milk Wood at NT. Photo by Johan Persson

We begin with the morning bustle of administering pills and planning bingo, when a frazzled man (Michael Sheen) arrives in a rush to see his frail father. Taking a role first voiced by Dylan Thomas, then immortalised on film by Richard Burton, Sheen savours the lilting Welsh cadences of the poetry while maintaining a frenzied momentum.

It’s disorientating at first, as the banality of care home life jars with the lofty literary monologue. But it is this disjunction between two worlds that shapes the production, exploring the strange duality of past and present and the bridging power of memory.

Gradually we’re swept along in Sheen’s breathy accounts of cobbled streets and fishing nets and lusty dreams. Merle Hensel’s set design morphs with effective simplicity, growing increasingly detailed and realistic as we get drawn further into the past, then starkly shifting back. 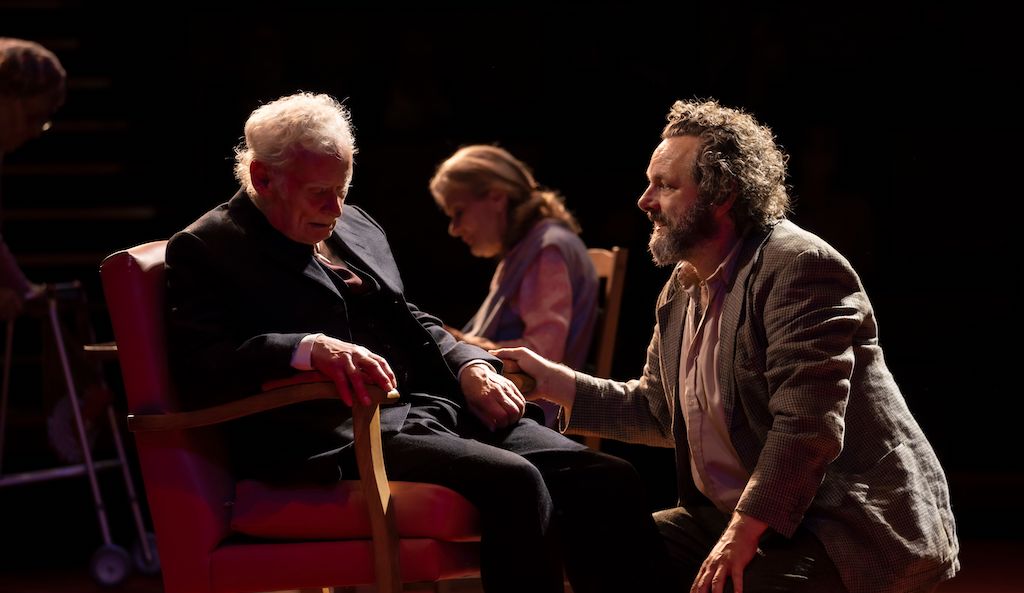 Karl Johnson and Michael Sheen in Under Milk Wood at NT. Photo by Johan Persson

Soon the static surroundings and impassive elderly residents come to life as the likes of Nogood Boyo, Organ Morgan, Blind Captain Cat and other ragtag residents of Llareggub. Sheen narrates with remarkable animation, bringing bubbling ease to Dylan Thomas’s playful, densely-packed poetry. But the production is still very much an ensemble effort as the cast balance comedy and heart-tugging reflection to bring the community to life. The charm comes in the smallest details: a snobbish school mistress pining for an uncouth sailor; the young mother in a garden where only laundry grows; a husband’s diligent plotting to poison his wife.

Together these snippets feel like a celebration of humanity and a dreamy exploration of nostalgia. And while (thankfully) there's no clunky attempt to shoehorn our own Strange Times of two-metre gaps and face masks into Dylan Thomas's dramatic world, our reaction to the ribald, chaotic lives on stage is perhaps more tender after a time of enforced disconnection and distance among communities. 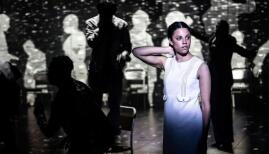