After Life has been co-produced with award-winning theatre company Headlong (Junkyard and People, Places and Things). At the helm is a trio of the industry’s brightest stars: writer Jack Thorne (Harry Potter and the Cursed Child, A Christmas Carol), director Jeremy Herrin (People, Places and Things) and designer Bunny Christie (The Curious Incident of the Dog in The Night-time, A Midsummer Night’s Dream).

The resulting 1h40min show shifts the action from Japan to the UK while remaining a loving tribute to Kore-eda’s movie. It’s a slow-paced, beautiful and bittersweet musing on what happens when we die, explored through the playful fantasy that on passing, we’re given a final important decision to make. 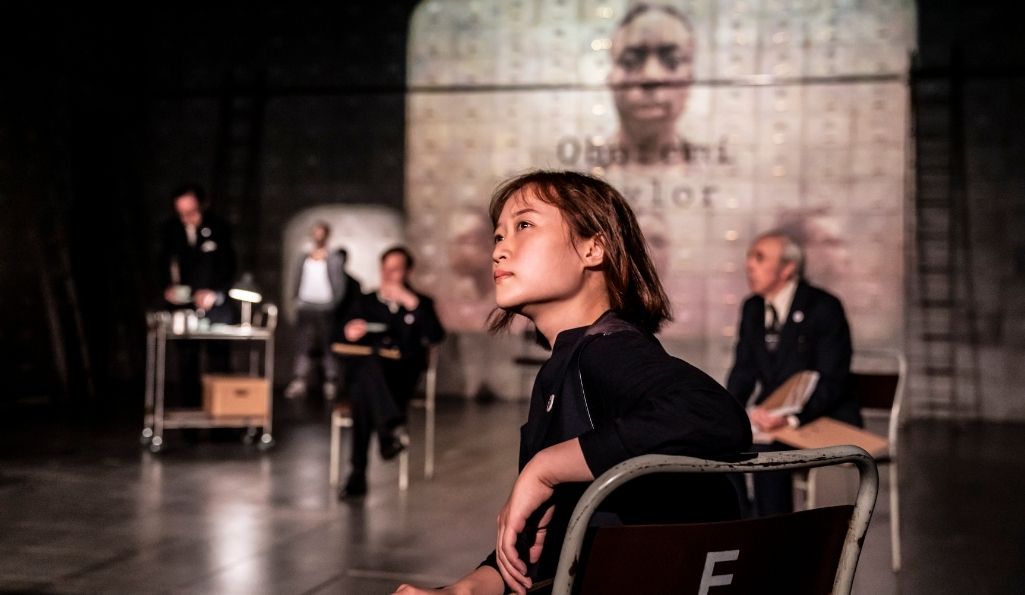 After Life is set in a hotel-cum-holding bay between life and death, where the recently deceased have a week to grapple with the question: if you could spend eternity with just one precious memory, what would it be? It’s a tricky decision, but all passing souls must choose just one highlight from their life, to be recreated like a movie still by a team of 'guides', in order to move forward into the afterlife.

Not all are easy customers; as one guide reflects, suicide cases want peace not choice, and it’s alluded to that those suffering from dementia in their twilight years find their memories hard to access.

At the heart of the story is upright and emotionally guarded Charlie (captured deftly by Luke Thallon), a guide who finds he has a meaningful connection to one of his cases, an elderly gentleman named Hirokazu (a gentle, happy-go-lucky Togo Igawa) – named here in an affectionate nod to the original story’s writer-director. 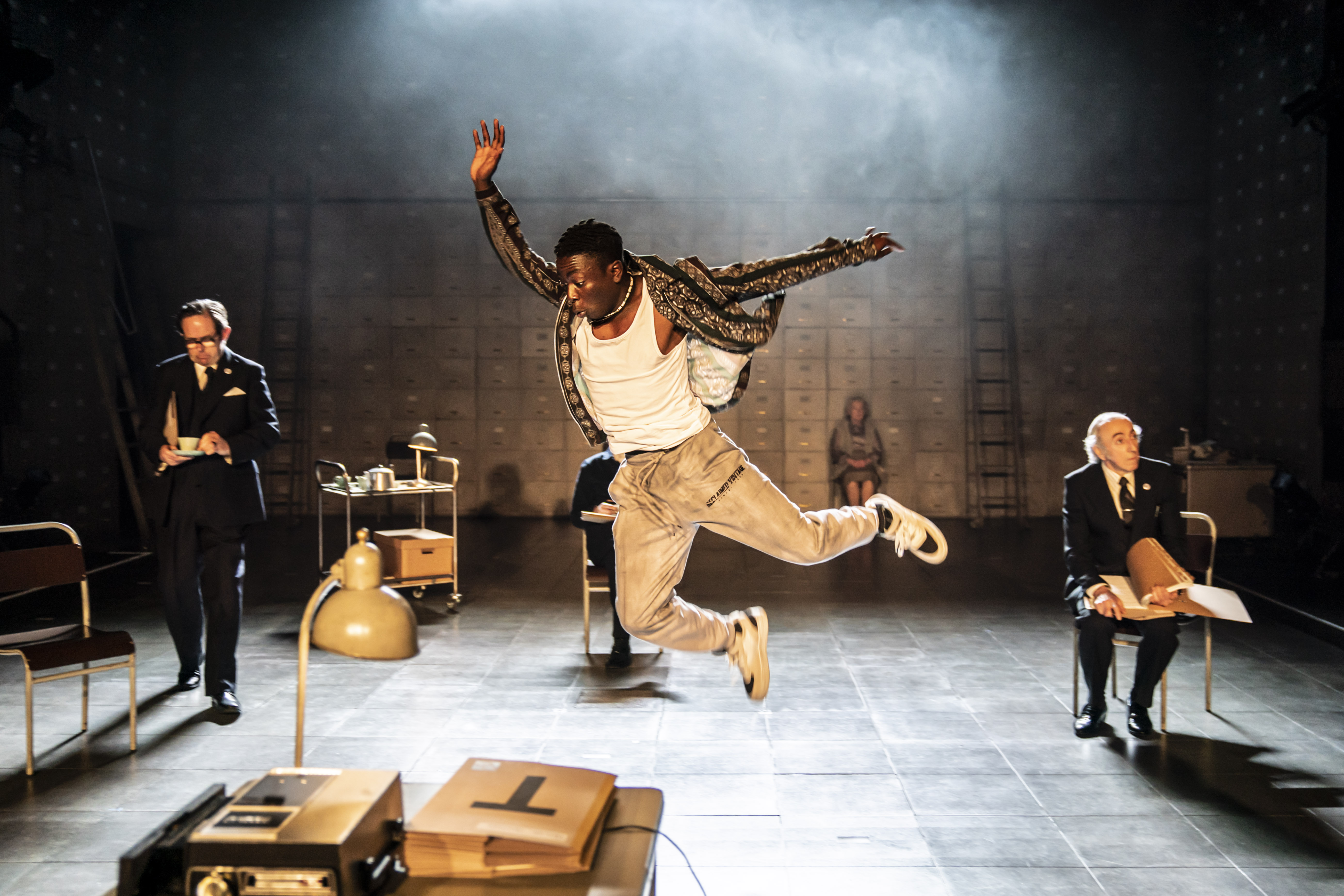 We also meet the elderly Beatrice (a hardy June Watson), the teenage Jill (a timid Maddie Holliday) and the young Obafemi Taylor (an energetic Olatunji Ayofe), whose questioning of the whole procedure paves the way for many of the story’s big philosophical questions. Bringing a welcome dose of dry humour and an ounce of live music to the show is Kevin McMonagle as the manager of the ‘hotel’. 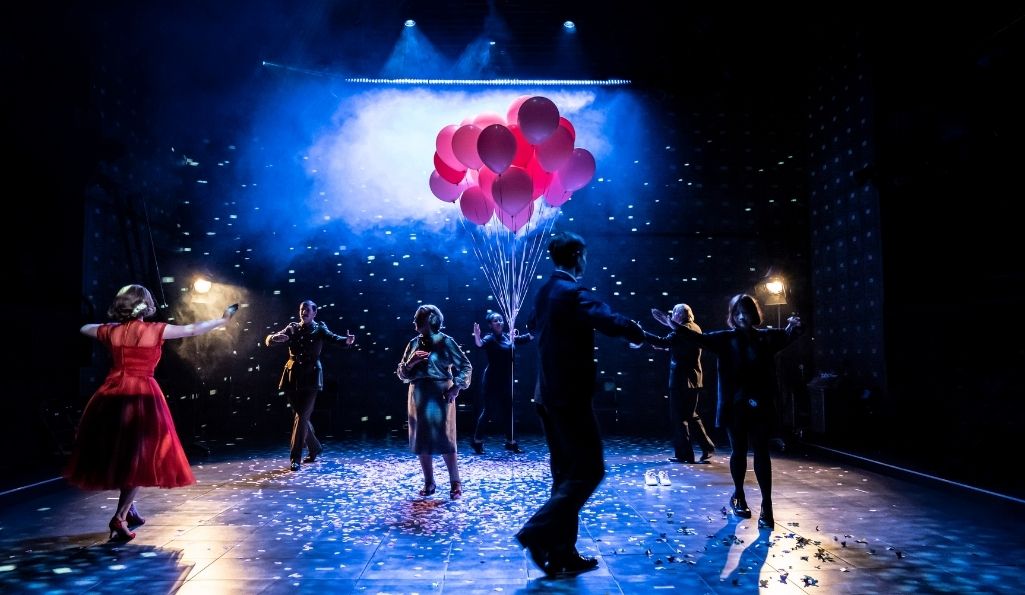 Ensemble in After Life at National Theatre. Photo: © Johan Persson

Under Herrin’s direction, the final moment of each character’s passing is profoundly moving; each fades calmly into the darkness, leaving only a pair of shoes illuminated by a spotlight.

While conceptualised in Japan in the 1990s, the themes at the heart of After Life – the value we place on memories, imbalanced feelings in relationships and legacy of both in the grand scheme of things – transcend time and location, allowing the story to feel relevant and bespoke on the London stage in 2021.

After a year dominated by one- and two-handers, witnessing a bustling cast of 12 take to the stage to tell the tale hints at the theatre’s own afterlife as it takes its brave first steps in a changed and uncertain world.