The Prince of Egypt musical comes to the West End with Stephen Schwartz’s Academy Award-winning score - parents might not love it, but the kids will

Fans of the film were no doubt bitterly disappointed by the lack of sing-along action in the 2014 feature film Exodus: Gods and Kings which dramatises the same story.

But now, a new musical based on the animation has arrived in the West End so Londoners can enjoy the film’s long overdue stage adaptation - and it's one to wow the kids with. 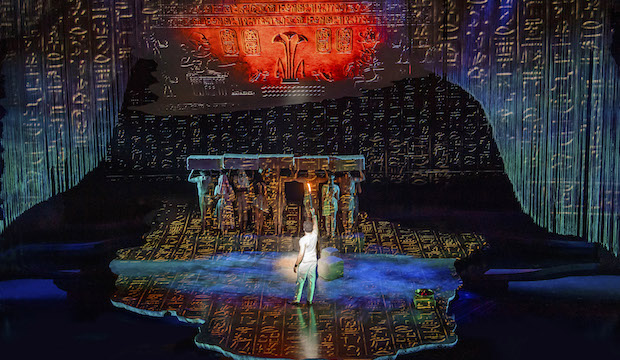 Originally premiering at TheatreWorks Silicon Valley in 2017, the production has already attracted accolades including the 2019 Regional Theatre Tony Award. As well as featuring Stephen Schwartz’s Academy Award-winning score, the production will also include 10 new songs. As the song writer behind Wicked, Schwartz has a strong track record for composing mega-hit musicals.

The show is all pomp and pageantry: the set surges into the audience and is a constantly changing landscape of hieroglyphs and Pharaoh statues - so anyone with a child in tow is in luck. There's never a moment not to be looking at something (our 7-year-old co-reviewer, a veteran with a few West End shows under her belt, was completely enthralled).

The choreography is also phenomenal: Sean Cheesman pushes dancer's bodies to the limits to create unexpected human formations as they become chariots for the two brothers, pyramids and undulating hills, in a most impressive fashion.

The drama of the dancing and the staging - there's a ring of fire! - did occasionally feel in direct competition with the central story, overshadowing the two brothers' emotional journeys and conflicts (but that's a grownup niggle, not a child's).

The show stars Luke Brady as Moses and Liam Tamne as Ramses and the sibling relationship - the playfulness, the fighting, the love - is effectively done (our co-reviewer was laughing out loud at points in recognition of the sibling teasing).

For such a complicated, Biblical epic, the story was also remarkably straightforward for a child to understand: the tensions and desires of the central characters were clear, as was the changing setting, from the desert with the Hebrews to the Midianites' camp to the Pharaoh's palace.

'When You Believe' was undoubtedly the musical highlight of the performance, led by Alexia Khadime (Moses' sister Miriam) and Christine Allado (his wife, Tzipporah). Having re-watched Wicked after several years and been awed by how compelling and addictive the soundtrack still is, it was disappointing to emerge from The Prince of Egypt without feeling that same sense of wanting to listen to every (or any) song on repeat.

In a theatrical landscape where female characters are so nuanced and complicated (& Juliet comes to mind) in the most exciting way possible, it would have been nice to have less of a one-note feel to the women in this show. Thankfully, that seems to have gone over our child reviewer's head - she was too busy gaping with her mouth open at the stage. 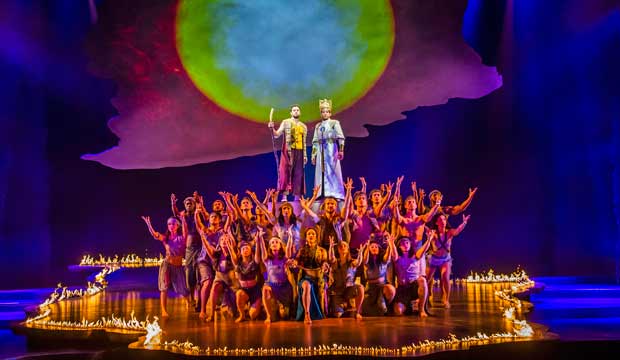 It takes more than one giant of the industry to make the Red Sea part. The apple doesn't fall far from the prop tree with Schwartz's son, Scott Schwartz, manning the directorial helm of the production. The director has also amassed a glittering reputation with his work on the stage adaptation of Disney’s The Hunchback of Notre Dame (1996). Sean Cheesman, a judge on the television dance competition So You Think You Can Dance, choreographs and the production also uses the original book written by award-winning Hollywood screenwriter Philip LaZebnik who also penned the scripts for Disney classics Mulan (1998) and Pocohontas (1995).

The topic of migration continues to dominate the headlines, giving the story of Exodus more poignancy than ever.

Click here to book tickets for The Prince of Egypt

The Prince of Egypt