Marianne Elliott's stunning, sold out production of Death of a Salesman transfers to the Piccadilly Theatre

Click here to book to book your tickets for the West End Transfer.

Arthur Miller's masterful, Pulitzer-winning 1949 play Death of a Salesman is a mainstay of American drama. The tragedy of deluded travelling salesman Willy Loman has played out across the globe in regular revivals and plentiful adaptations.

Director Marianne Elliott re-frames the show in a new production that is at once piercingly new, and totally true to Miller’s belief that tragedy is not about greatness, but humanity.

Played by a black cast for the first time, the Lomans negotiate the same hopes, disappointments and struggles to attain the American Dream. There’s no awkwardness or wrangling to make this story about an African American family; instead of preaching universal truths, this Death of a Salesman is potent in its precision and specificity.

Eschewing any patronising attempt to simplify or explain the tragedy through race, Elliott’s insightful adaption gives a fresh context to the details. The story revolves around a man who is wrung out by attempts to be a success in business and tormented by ambitions for his older son to become a big shot.

TV star Wendell Pierce, who is known for The Wire, Suits and Selma, is superb as ageing bread-winner Willy. With a scratch of his belly or a tilt of his head, he brings out a goofy comedy in Willy’s fading self-awareness, inflated self-identity and fragile grip on reality, without ever inviting ridicule.

It is the lightness in Pierce’s performance that cuts the deepest; his obsession with being ‘well liked,’ and wanting his sons to become heroes, proves double-edged in our current era of increased racial tensions. Equally, Willy's lectures on being rugged and his aversion to subservience have new urgency and the failure of two generations of Loman men to fit in to a white-washed corporate world feels freshly fatalistic. 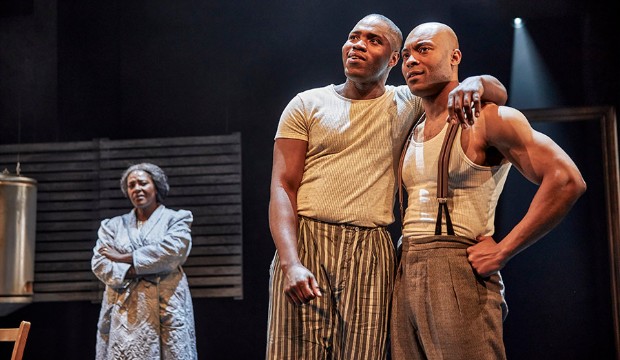 Sharon D. Clarke's portrayal of loyal wife Linda provides a stable foil to Pierce's unravelling Willy, while Natey Jones' shallow younger son, Hap, provides the nervous energy. It is a strong performance from Ṣọpẹ́ Dìrísù as older son Biff and the father/son dynamic keeps you compelled throughout the three hours of stage time.

Biff is more than a golden boy who has lost his way. With Dìrísù's thoughtful performance, he is a man chasing a different dream from his father. Willy's flashbacks play out like flickering slideshows, showing us the young Biff, the all-American athlete, with an innate confidence and ability to lead. But as an adult Biff is cowed, crushed by city life and only feels at home in the wilderness.

Biff’s utter loss of self-confidence, which haunts his father and bemuses his younger brother, has a more insidious root when experienced by a young black man. After the sudden discovery that his beloved father is a phoney, Biff’s self-belief is eroded again and again by the prejudices he faces in adult life, unable to earn more than a paltry wage wherever he goes. But, instead of falling back on issues of race and discrimination as a way of justifying the characters' actions, the production simply asks you to think. Maybe Biff’s kleptomania stems from the stereotypes society imposes upon him. Perhaps Willy’s loneliness and his stagnant career are exacerbated by the colour of his skin.

Either way, the tragedy feels fully gut-wrenching. As 2019's flurry of revivals makes clear, Arthur Miller's plays are powered by society's impulse to overlook or excuse the tragedies of everyday life. This lucidly intelligent interpretation of Miller's best known show takes the overlooked everyman, to whom attention must be paid, and gives him a new face.

Death of a Salesman 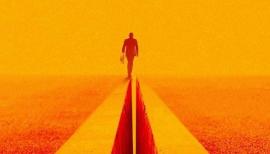