The Tragedy of King Richard the Second, Almeida Theatre ★★★★★

Bookended by Beale in white light delivering Richard’s final speech, Hill-Gibbins’s version focuses intently on Richard’s understanding of kingship. Beale majestically transforms from raging, temper-tantrum-spouting monarch to grief-stricken man bereft of a sense of identity. It would be hard to solidify Richard’s downfall with the breakneck pace Hill-Gibbons enforces, but with Beale’s mastery, his total loss of power and thus his sense of self is made absolutely clear. 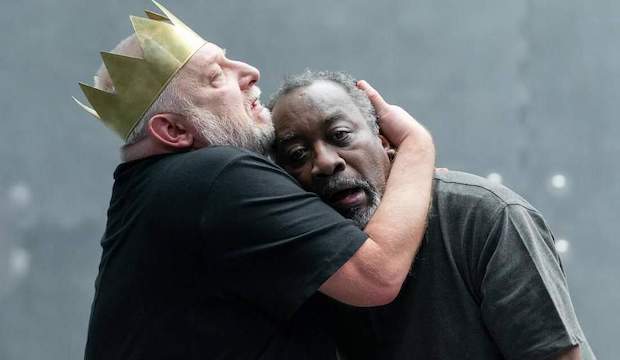 It does, at times, feel like a one-man show, but the ensemble scenes towards the end drive home the precarity and silliness of fights for power. Mob mentality is demonstrated through a tight huddle of the nobility, which moves more or less as a unit even as the individuals shift in their alliances. Hill-Gibbons cleverly makes a slapstick sketch of the first scene of Act IV, where there is dizzying sequence of lords throwing down their gages, here shown as gardeners’ gloves. Leo Bill, who plays Bolingbroke, is particularly good as he gains the authority he so desired. He quickly feels the weight of the crown and becomes apprehensive, even regretful, of his own success.

Some things are necessarily lost in this condensed version. Richard’s foolish decisions from the beginning of the play don’t weigh as heavily as his sense of injustice towards the end. And while there is a clear commentary on the legitimacy, or not, of those who hold power, there’s no nod or reference to those who are at the mercy of the bickering between kings. Nevertheless, this is a blistering, rousing, and smart version of Richard the Second which gives rise to a truly formidable performance by Beale. 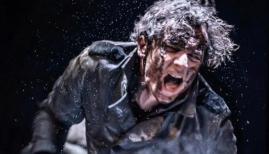