The Wind in the Willows, London Palladium review ★★★★★

Kenneth Grahame’s 1908 book about the friendship and hijinks of Ratty, Mole and Mr Toad is brought to life as an all singing all dancing stage musical.

It tells the well-known story of woodland friends united in their unease over rambunctious Mr Toad’s need for speed and dangerous obsession with all things motor car.

The songs lean heavily on the bushy-tailed charm of Grahame’s prose and celebrate the past 150 years of British composition, from choral strains, via Gilbert & Sullivan to full on glam rock. It’s a smart enough premise, but not enough to make up for the lack of any standout, standalone anthems.

Throw in an unrelentingly twee tone and the show feels curiously old fashioned and a touch formulaic. It goes so far to champion the Edwardian innocence, any edge or spark is lost. You realise, two and a half hours in, how multi-dimensional most family entertainment has become, reaching out to different ages with the same gag, or in the very least giving us grown-ups a knowing wink. While the children in the audience didn’t particularly mind, they weren’t quite gripped either.

Luckily, there's nothing like a loud 'poop poop' from a high-speed amphibian to liven up a show and Rufus Hound is a hoot as irrepressible Toad, who creates plenty of fun and adventure from the imaginative set. His final hurrah, in flash of neon green, is the highlight of the show.

Though there’s no attempt to freshen up the old-fashioned elements, this Wind in the Willows does feel occasionally timely. Depending on how forgiving you feel it can see seen as a fable against the push for newer, faster gadgets — or a paean to inherited privilege, where the lowly masses are the bad guys, and happy ending means restoring the evidently idiotic, certifiably criminal, over-indulged lord to his rightful wealth and excess.

Suitable for ages 4 and above. 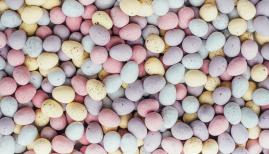