After seeing this, you will never underestimate your granny again

If there was ever a doubt in your mind that grannies could ever be cool, it should be laid to rest by this story which the Birmingham Stage Company – the company responsible for Barmy Britain, the longest-running children’s show in West End history – has brought to the Garrick Theatre this summer. If you had any doubt that theatre could capture the attention of a group of under-11s, think again: this audience was enthralled.

The story follows 11-year-old Ben, an aspiring plumber. His parents are fans of the programme Strictly Stars Dancing and its flamboyant presenter, Flavio (who makes a sparkly appearance later in the show). Inspired, his parents begin attending a weekly ballroom dancing club, leaving Ben in the care of his boring gran. He expects a dull Friday night.

TRY CULTURE WHISPER
Receive free tickets & insider tips to unlock the best of London — direct to your inbox
At first, these fears seem warranted; Ben is subjected to the usual draining conversation and a slew of cabbage dishes (including Granny’s favourite: cabbage cake). Then Ben discovers a stash of jewels in her biscuit tin. From this point on, Fridays are never the same again. Soon, Ben and his Gangsta Granny are planning the heist of the century wherein Ben’s fascination with all things plumbing proves to be very handy…

There is a smorgasbord of colourful characters along the way and some zany set pieces, such as a procession of Ben’s mother’s ballroom outfit ideas accompanied by a pun a second, which drew particularly big laughs from the audience. (Also, on a side note, the set boasts the sort of storage efficiency which might make an IKEA representative weak in the knees).

While the production could never be criticised for taking itself too seriously, it does have a serious point to make about our neglect of the elderly population. So if you and/or your children are David Walliams fans or, indeed, fans of grannies, don’t neglect this Gangsta Granny who’ll be nabbing and dabbing her way through to 3 September! 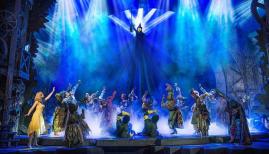 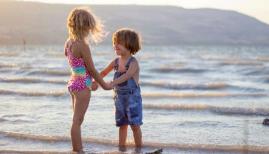 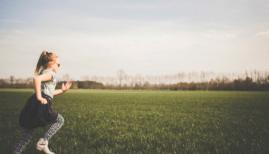 Things to do with kids in London: April edition