Fifty Shades of Grey triggers a sexual awakening for the over 60s in this hearty, heartfelt comedy starring Jane Fonda and Diane Keaton

It taps into the real life phenomenon, where a steamy S&M romance became the fastest selling book in history, triggering a spike in the sales of handcuffs and inviting an overlooked demographic of older women to focus on their libidos.

It’s refreshing to have a rom-com that shows us after the ‘happily ever after’, focussing on friendship and acknowledging that romance and excitement need not be the domain of the the under-30s. 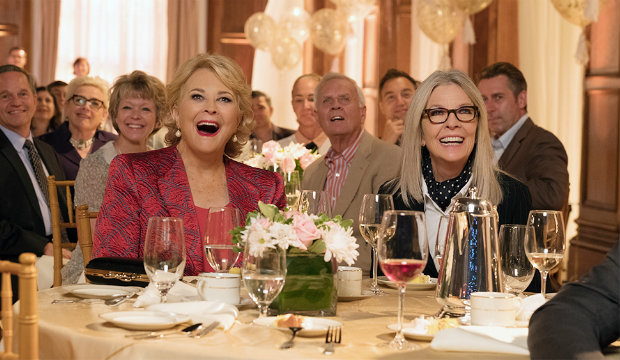 The four women in question - played by a very distinguished selection of actresses - have met monthly for a book club since they were students. They’re an astonishingly successful and attractive group (guess those unfeasible Hollywood beauty standards apply to all age brackets).

And each character’s type-casting is rather cookie cutter and crude. Diane Keaton is her usual droll self as a widowed mother who discovers that it’s not too late for stomach-churning romance. Mary Steenburgen’s character still loves her husband but is frustrated by their stalling sex life. Jane Fonda has fun with a rather caricatured femme fatale who’s professionally successful but emotionally stunted. And Candice Bergen is charming as a Federal Judge who tries out online dating after 18 years of celibacy.

The characterisation and narrative arcs are heavy on cheese, but the novelty of having older characters means this film still has zing. And the gutsy, wine-soaked camaraderie between the four women make it worth enduring all the inevitable Christian Grey innuendos.