Based on one of the most ridiculous stories never told, Spike Lee's Oscar-winning Blackkklansman shows he hasn’t lost his touch but that may just be out of it

BlacKkKlansman won the Oscar for Best Adapted Screenplay at the 91st Academy Awards.

Spike Lee is a leopard; his spots don’t change. If there’s one thing BlacKkKlansman proves, it’s that the 61-year old director’s approach to America’s ever-burning issue – race – is as uncompromising as ever and that his talent for telling a story on the big screen hasn’t been compromised either. So, after his excursion into thriller (Inside Man) and swerve into politically dubious musical crime drama (Chi-Raq), this film is a welcome return to form: the Spike Lee movie we’ve all been waiting for.

But is BlacKkKlansman (now the recipient of an Oscar for Best Original Screenplay) the Spike Lee movie we need right now, as many are claiming? Certainly, like 2016’s Hidden Figures, the true story the film is based is well overdue a telling. In the 70s, Ron Stallworth (John David Washington), the first black man on the Colorado Springs police force, managed to infiltrate and eventually get promoted to the head of the Ku Klux Klan’s local branch by posing as a white man on the phone and using his white (Jewish) colleague, Filip Zimmerman (Adam Driver), as a stand-in for face-to-face encounters.

In BlacKkKlansman, the pair’s foiling of the unit’s planned attack on a black students’ union, run by Stallworth’s love interest Patrice (Laura Harrier), and eventual take-down of the chapter play out in infectious ‘right on!’ fist-pumping glory and is a triumph for intersectionality – the KKK hate Jews too, the film makes clear. Lee also turns up the story’s resonances with our own precarious historical moment to deafening volumes. The script has the infamous former KKK Grand Wizard, David Duke (Topher Grace), and his goons slip comfortably into Trump campaign slogans. The point is glaringly obvious: we can’t afford to be complacent; the battle still rages on, as the film’s gut punch of an ending makes clear. 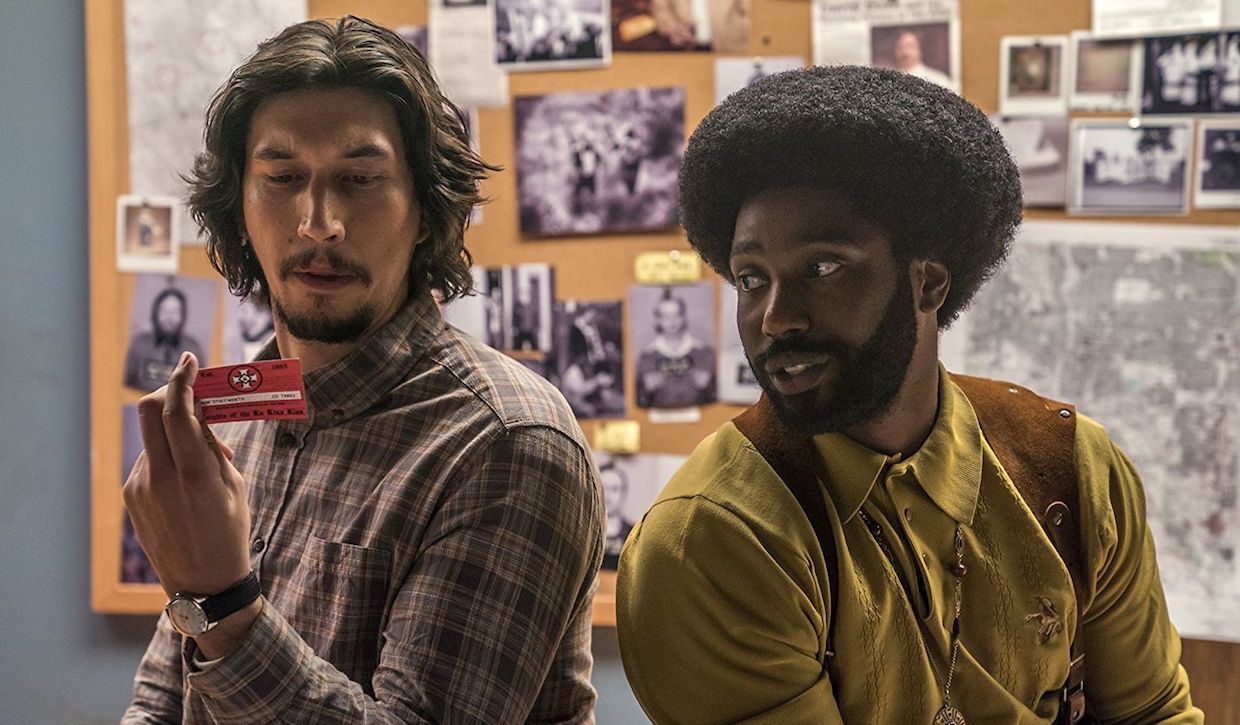 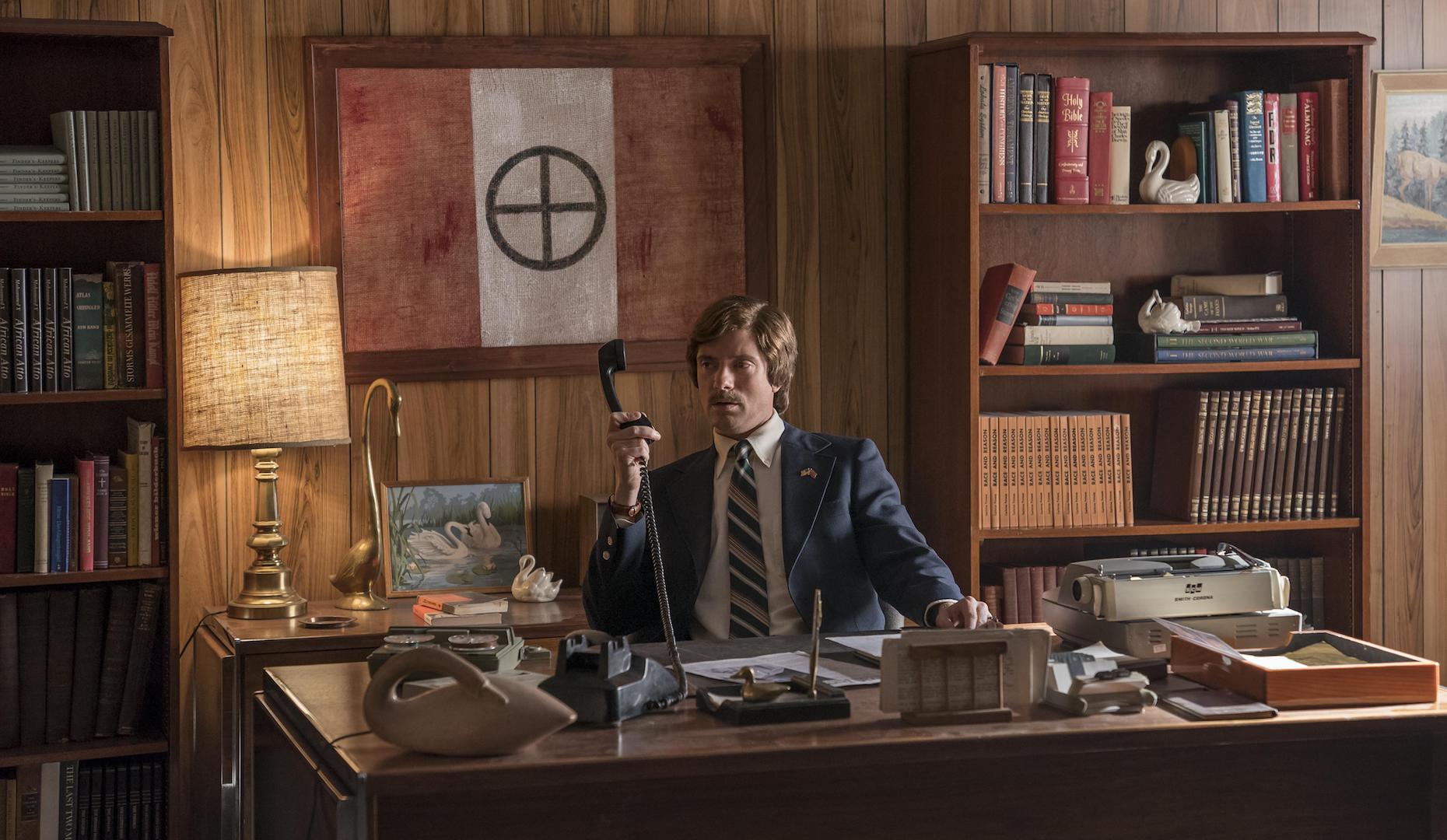 But it’s just these exits from the cinema into the streets which threaten to undo BlacKkKlansman. It draws bold parallels in permanent marker but our current political landscape requires many more swathes of grey than his film allows. There lurks today a much more insidious racism: racism that doesn’t know its racism, guerrilla racism, racism that dare not speak its name. A whole world of micro-aggressions seem to be lost on Lee – a world unpacked superbly in last year’s Get Out, directed by Jordan Peele who helped produce this film – in his tireless pursuit of the jugular.

That BlacKkKlansman is mainly concerned with righting old wrongs is highlighted in an extended sequence which intersperses a lecture by musician and activist Harry Belafonte at the students’ union on The Birth of the Nation – the 1915 D. W. Griffith epic often credited with reinvigorating the KKK – with a screening of that very film at one of the klan’s initiation ceremonies. BlacKkKlansman flips the script by allowing only the second-class citizens to be fully-formed (and generally well acted) characters and the white people caricatures – the basis of pretty much all the humour here – in a sort of eye-for-an-eye sledgehammer retort to that earlier film, based on a play called appropriately The Clansman.

It seems darkly appropriate too that Griffith’s film is partly an adaptation of a novel called Leopard’s Spots, a hymn to the sort of heroic inflexibility which Lee seems in danger of adopting. He wants us all to be leopards or, depending on who we are, black panthers but, sadly, the old dogs of intolerance and hate have learnt new tricks. It looks like Spike Lee’s going to have learn some new ones too. 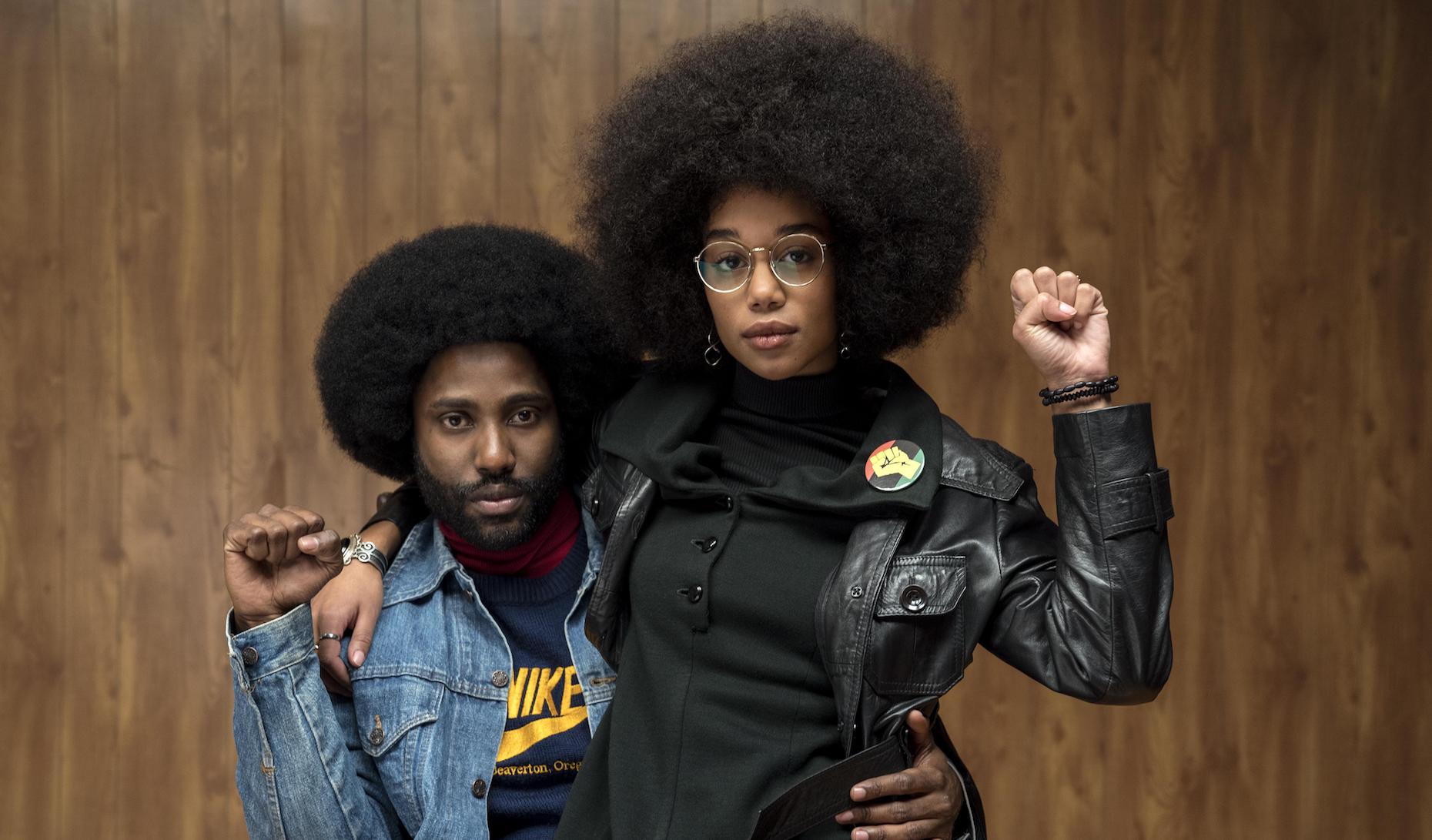