She senses her opportunity when she receives fan mail from Dawsey Adams (Michael Huisman), a rugged pig farmer of Lady Chatterley’s Lover dreams and member of the title’s society – a wildly enthusiastic and eccentric circle of bookworms (including period drama stalwarts Tom Courtenay and Penelope Wilton) formed to defy the former Nazi occupation. Whisking herself off to the isle of Guernsey, Juliet dives headfirst into this group of kooks and quickly finds herself in deeper waters than she expected. 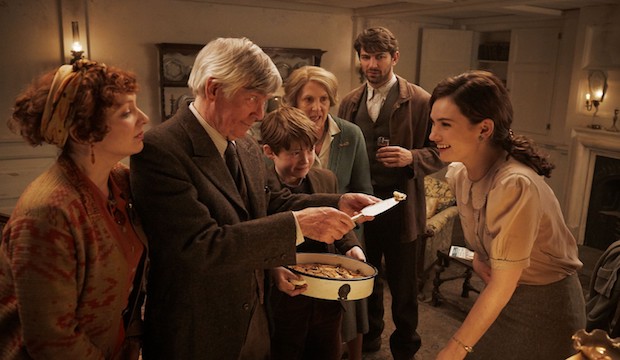 Unfortunately, the film itself only has enough bravery to stay in the shallow end. Finding out about the sudden disappearance of one of the society’s younger founding members (Jessica Brown Findlay), Juliet turns investigative journalist, digging up stories about the occupation, child evacuation and makeshift concentration camps.

In the hands of another filmmaker, some of this hard-hitting material might have made for a fairly meaty historical drama with a little romance thrown in. But here, as you might expect from the director of Four Weddings and a Funeral, the rosy and the cosy take centre stage. Much of the community’s dark underbelly is whittled down to a few rapid flashbacks to make room for in-depth character studies and the blossoming relationship between the farmer and the novelist. 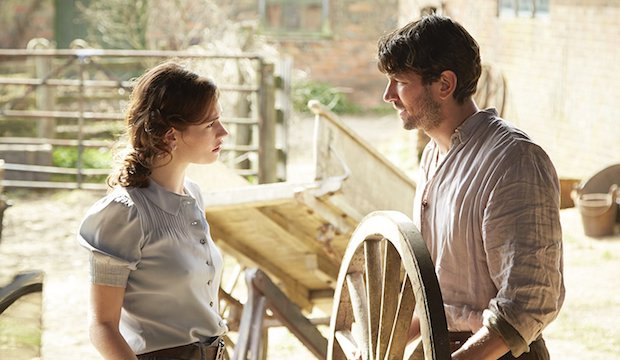 To her credit, Lily James does a lot with a little, making her character sit somewhere between glamorous and gauche while seeming pretty comfortable in her late 40s surroundings. And, it’s true, this bookish bunch and their quirks are endearing, as they trot out lengthy quotations and homemade gin. But despite these effective bids for the affection of book lovers, and lovers of the original book, the whole thing smacks of a lack of ambition.

Juliet Ashton exchanges the society balls and comforts of London life for a little bit of grit and grime. The Guernsey Literary and Potato Peel Pie Society might have taken a leaf out of her book.

Why the gay love story is the defining film genre of the 21st Century
Sign up to CW’s newsletter
By entering my email I agree to the CultureWhisper Privacy Policy (we won`t share data & you can unsubscribe anytime).
2