Featuring Julianne Moore and Michelle Williams, Wonderstruck follows two tales that intertwine, separated by 50 years, but both seeking answers to the same mystery

People will call this a falling-off for Haynes, based on the rapturous reception of his last film, and anyone who now says that Carol was overrated is going to come across as smug at best and dishonest at worst; they would do best just to keep quiet about the whole issue, and instead focus on what makes Wonderstruck so nauseating. 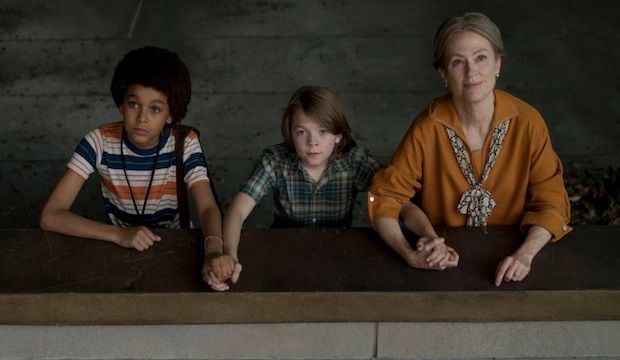 It’s 1977, and 12-year-old Ben (Oakes Fegley) has just been, in effect, orphaned. His mother (Michelle Williams) has recently died in a car accident, and his absent father was always a no-go subject for her. But one night, while seeking comfort in his mother’s belongings, Ben discovers a possible clue to his father’s whereabouts — a book on museum curation called "Wonderstruck", containing a promising love note and a New York address.

Just as he’s about to ring the number provided, though, a bolt of lightning shoots down the phone line — there’s a dramatic storm outside — and zaps Ben out of his socks. Rather than cooking his little brain like a clam, the electricity renders him deaf, and it’s while recovering in hospital that Ben decides to give his guardians the slip and hightail it from Michigan to Manhattan.

His journey is mirrored by another story, shown in parallel. This one is set in 1927 and shot in black-and-white (which is how the world looked back then, of course), and concerns a young girl called Rose who is also deaf. That’s not the only parallel between the two children — when we say Rose’s story mirrors Ben’s, we mean mirrors exactly. She escapes to New York on a virtually identical mission, and Ben ends up literally following in her footsteps. The two stories eventually connect in the least interesting way possible, but not before Haynes has packed both with enough whimsy to try even the most sentimental viewer. 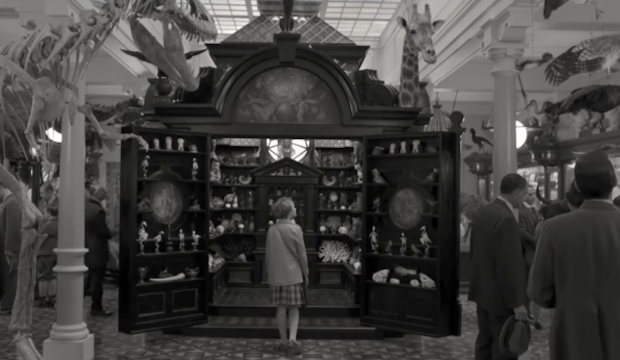 There’s nothing particularly wrong with sentimentality when it’s done right. Wonderstruck does it badly. It aims for your heartstrings and your sweet tooth, but only gives you heartburn and toothache. The way it doubles its quirky-child-on-mission-of-personal-discovery trope is bad enough, but it relies on the most incredible coincidences in order to do so. You’re actually in danger of detaching a retina from rolling your eyes so hard.

Ben has an older brother, an adolescent in a similar predicament. He gets a couple of lines before being side-lined. Ben is fostered by his aunt and uncle, whom he greatly distresses by running away. They never appear again. Ben has very recently lost his doting mother, but when his adventure begins his grief is completely forgotten.

Wonderstruck regularly fawns over that familiar fridge-magnet quotation, 'We are all staring in the gutter, but some of us are looking at the stars.’ But Oscar Wilde also said that ‘A sentimentalist is simply one who wants to have the luxury of an emotion without paying for it’, and it’s this that applies more convincingly to Haynes’ mawkish nonsense.