Shot using an iPhone and featuring an against-type Claire Foy, Unsane is an accomplished psychological thriller from the Ocean's Trilogy director that wobbles in its final act

Unsane film review 3 Unsane film review Daniel Lewis
Director Steven Soderbergh is perhaps best known for the glitzy, glossy heist capers of the Ocean’s Trilogy, those fine-tuned and polished vehicles for all-star casts which hummed along as smoothly as a fleet of Rolls-Royces. Last year’s Logan Lucky, Soderbergh’s first feature since his very brief ‘retirement’, took off some of the sheen but had much the same bodywork and glide. 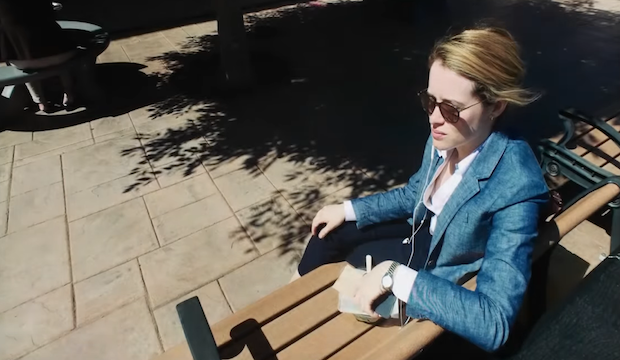 Unsane, which was thrown together supremely quickly and filmed mostly on the iPhone 7 Plus, is a very different beast, resembling something more like a second-hand hatchback: it gets from A to B reliably enough but it’s not exactly easy on the eyes and the wheels are always in danger of coming off.

Soderbergh’s elected passenger this time round is Claire Foy, doing an entertainingly unexpected turn as Sawyer Valentini, a young whip-smart woman who’s been driven away from her Boston home and mother by a stalker. Convinced her stalker has followed her to her new town, Valentini seeks help from a therapist who quickly has her committed to a mental health clinic without her consent.

Despite her best efforts to prove her sanity, and sometimes because of them, her time in the ward is extended and things go from bad to worse when she recognises one of the nurses as the man she’s been trying to avoid, throwing her into further turmoil – and her sanity into doubt.

For the most part, Unsane has all the cheap thrills of a joy ride with a boy racer – the simple but satisfying twists and turns of a B-movie in the hands of an A-list director. It also serves as a subtle exposé of America's 'insanity industry’, echoing Soderbergh’s 2013 film Side Effects which explored the exploitation of mental illness by institutions. 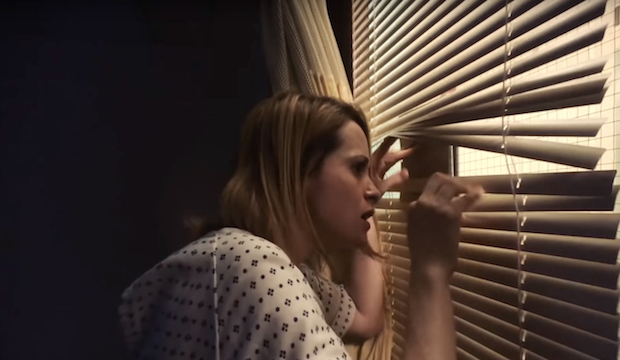 However, the film runs into some difficulties in its final lap. As it hurtles towards its conclusion, it descends into silliness, hastily undermining much of the film’s craft –the smartphone aesthetics get harder to ignore – and loosening many of the screws it has spent so much time gently turning.

Unsane is just about carried through to the end by a refreshing dishevelled Claire Foy, replete with American twang, who plays against the neater period drama type that millions have grown familiar with from her work in Netflix’s The Crown and the BBC’s Wolf Hall. Foy fares well in these much (much) lower budget surroundings, expertly leaving us wondering whether she’s in control or not, even when the film starts to wobble.

Slips and slides aside, Unsane is a fine film to pull up in front of and take a backseat to and it will play well to anyone susceptible to the charms of the quick and painless, though still unsettling, psychological thriller.

In cinemas this weekend: Noah Baumbach vs the Dardenne brothers
Sign up to CW’s newsletter
By entering my email I agree to the CultureWhisper Privacy Policy (we won`t share data & you can unsubscribe anytime).