In the reboot of Tomb Raider, Alicia Vikander takes over from Angelina Jolie, refreshing action hero Lara Croft — but they should have updated more than just the lead actress

Tomb Raider film review 2 Tomb Raider film review Daniel Lewis
It’s been 17 years since the first Tomb Raider when Lara Croft leapt onto the big screen as the strong, independent action woman of Millennial dreams. Since the franchise closed shop into 2003, after just two blockbusting (and critically-panned) films with Angelina Jolie in the lead, the movie landscape has shifted dramatically.

Back then, superwomen who could take a punch then dish out twenty were few and far between. Now, there are almost enough kick-ass females to assemble an Avengers style league. This reboot is clearly trying to ride this new wave. 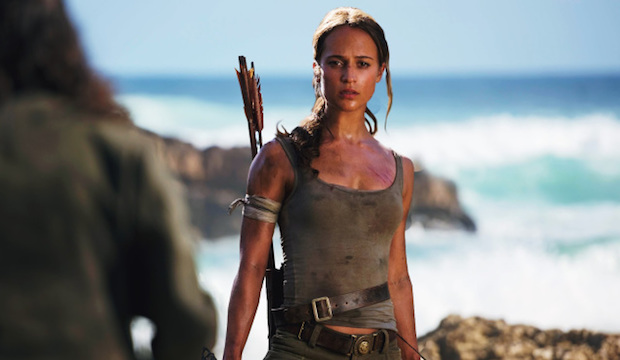 But it’s probably not too soon to say – and this film sort of proves it – that the novelty factor has worn off. If you’re going to try to cater to the tastes of a much more demanding audience, you need to bring something new to the table. In many ways, this year’s Tomb Raider is basically a re-run of 2001’s.

Lara’s father (Dominic West) is still missing from the scene, having disappeared in the search for Himiko, an evil Japanese sorceress entombed on a remote Pacific island. Refusing to believe he’s gone, Lara puts off taking up her sizeable inheritance and goes in search of her papa instead, using clues from his unfinished research.

With the help of a mild-mannered sidekick of sorts, Lu Ren (Daniel Wu), she fends off creepy, creaky Indiana Jones-style ordeals and the goons of a shady Illuminati-esque syndicate who have employed rival archaeologist, Mathias Vogel (Walton Goggins), to bring back the mummy.

Cue deja-vu. Director Roar Uthang (whose last film The Wave makes him overqualified for all the nautical scenes here) attempts to insert obviously live-action sequences for contrast, but against the out-and-out CGI loudness of later scenes, these bits come across as disappointingly low stakes and lo-fi. Even later on, moments seem lacking in real high octane intensity. One scene sees the team solving a ‘colour puzzle’ which seems like an idea poached from Crystal Maze. 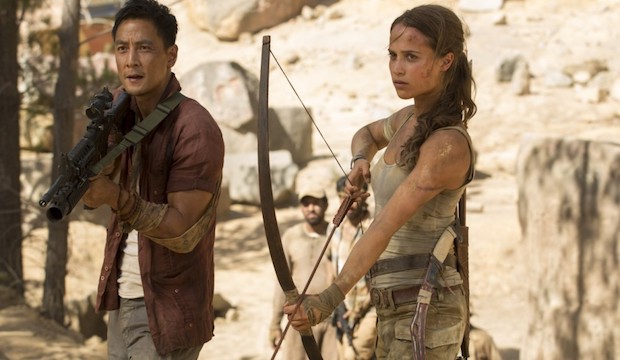 One glaringly obvious difference from the earlier films is Alicia Vikander (Ex Machina, The Danish Girl) whose Lara Croft is much more down-to-earth, more relatable, more real than Jolie’s; when we first met her in this film she’s working for ‘Snack Cycle’, a knock-off Uber Eats. But this newfound naturalism also makes her less mysterious and, ultimately, less remarkable. And she’s hardly helped by a pretty workaday script in which the Academy Award winning actress, and a wasted Kristin Scott Thomas as Lara’s surrogate mother figure, hardly make a dent.

It is perhaps fitting that Tomb Raider’s plot pivots on a Pandora’s box dilemma – the worry that opening up Himiko’s tomb might unleash her terrible reign on the world again. You could argue that this franchise is also in danger of repeating history and that perhaps it would have been better to leave the chapter closed 15 years ago closed.